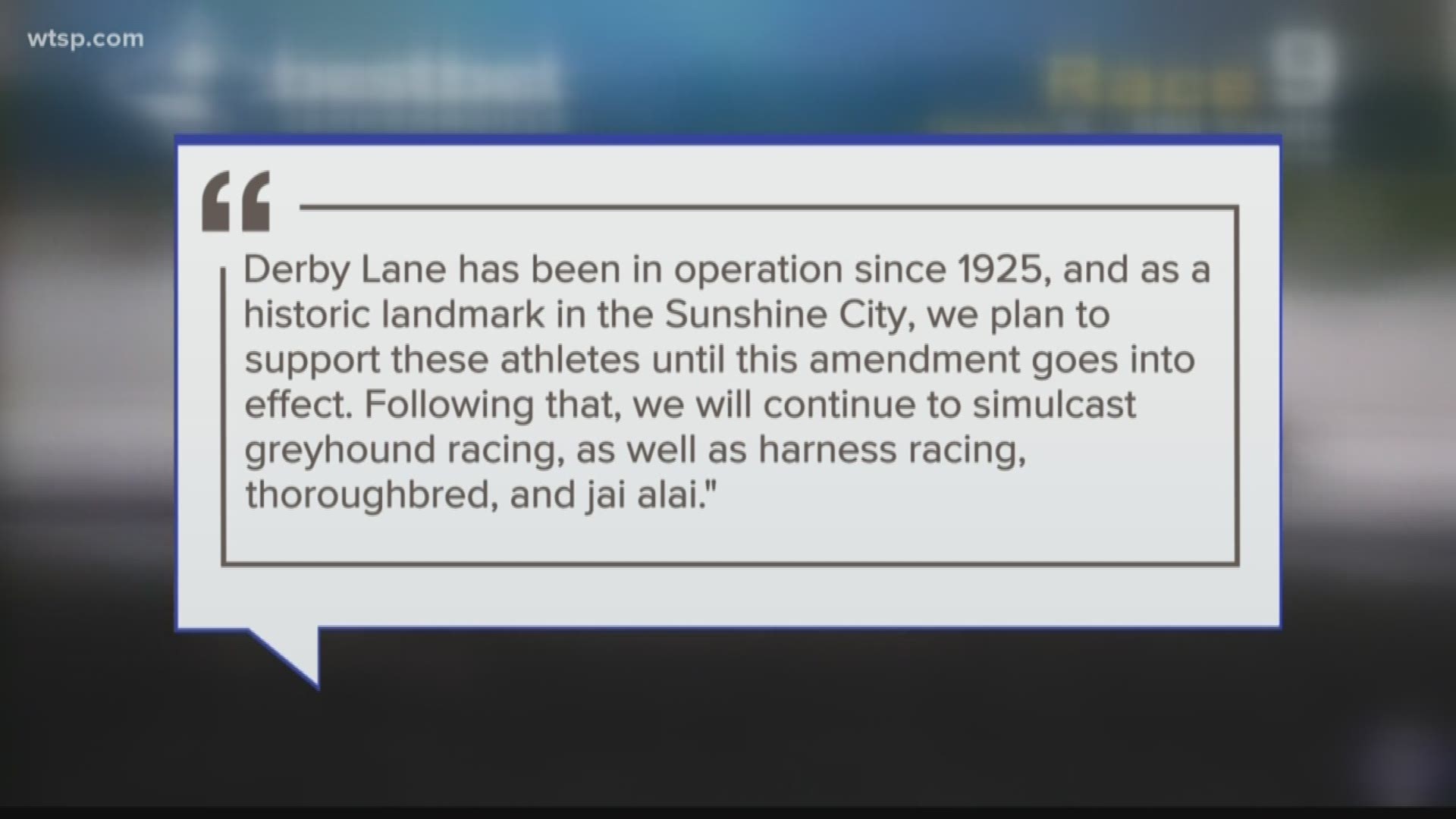 Florida will no longer be one of the six states where dog racing is legal and operational.

With the passage of Amendment 13, commercial greyhound and other dog racing will be phased out by 2020. Forty states ban dog racing, and now only West Virginia, Alabama, Arkansas, Iowa and Texas allow the activity.

Dog racing has been dying in Florida, but state law requires dog tracks to race dogs to keep their license to offer more profitable games and slot machines.

With the approval of Amendment 13, tracks will still be able to offer those more profitable games.

The amendment was backed by greyhound welfare group GREY2K USA Worldwide, which helped get it on the ballot. The group said dog racing causes a high number of injuries to the animals and deaths. The group also points to dogs that have tested positive for drugs like cocaine.

Opponents of the amendment include the Florida Greyhound Association, which represents the state’s 12 track owners. The group filed a lawsuit saying the ballot language was misleading because it hid that the amendment would allow tracks to continue to offer other types of gaming.

Some breeders and people who depend on the racing industry also opposed it.