Is blowback in Georgia delaying vote on similar election changes in Florida?

A key vote was postponed on a proposal that would, among other things, eliminate popular ballot drop boxes. 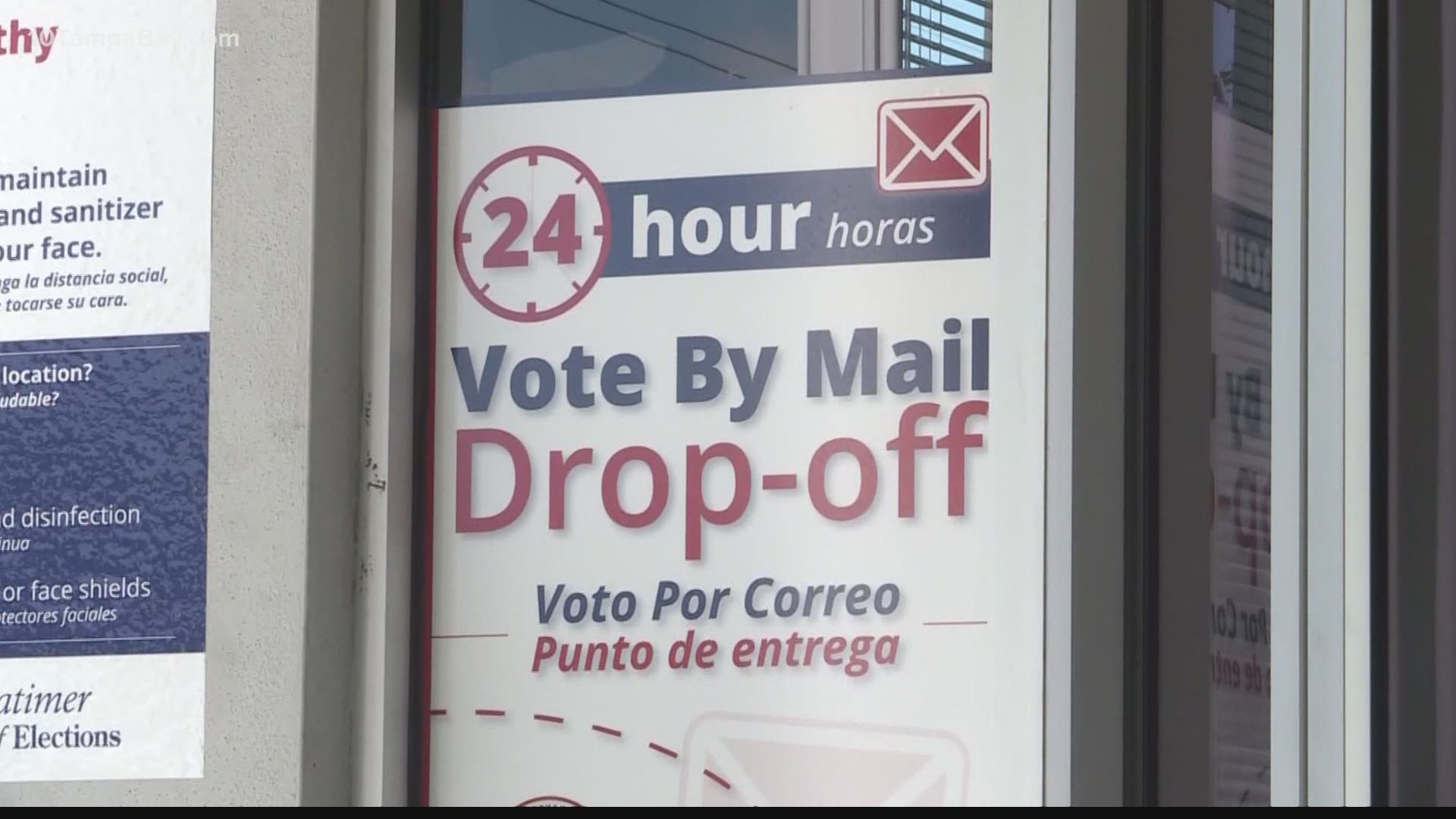 TALLAHASSEE, Fla. — A proposal to eliminate popular ballot drop boxes and increase how often voters would have to request vote-by-mail ballots in Florida did not come up for a key vote as expected this week.

Senate Bill 90, sponsored by Sen. Dennis Baxley, R-Ocala, was slated to be voted on Tuesday in the Senate Rules Committee, the last stop before the bill would reach the chamber floor.

But that vote was temporarily postponed.

It’s one of several bills with proposals similar to the voting restrictions recently passed in Georgia. Lawmakers in 47 states are considering legislation to change the way people vote, according to the Brennan Center for Justice at NYU.

Florida’s Senate Bill 90 would reshape how vote-by-mail ballots are collected, among other changes. If passed in its current form it would eliminate drop boxes for vote-by-mail ballots, which were used by more than one million Florida voters in November’s presidential election.

Voters would also have to re-up their requests for a vote-by-mail ballot every year, instead of every other year.

But now it appears some changes will be made before the bill moves forward.

A spokesperson for Baxley told 10 Tampa Bay the committee vote was postponed, “as we continue to make adjustments based on input and feedback from colleagues, stakeholders and constituents.”

Asked if the delay was in response to some of the criticism similar election reforms have received in other states like Georgia, where Major League Baseball pulled the All-Star Game from Atlanta last week, the answer was no.

“We are not concerned with what Georgia is doing or a sport’s organization’s criticism of their law,” the spokesperson said.

A similar proposal in the House, H 7041, wouldn’t eliminate drop boxes but would require voters to show a driver’s license or ID to return a ballot to the box.

The House proposal would also require the signature on a voter’s certificate or ballot cure affidavit to match the most recent one on file. Currently, supervisors can review and compare multiple signatures on file.

Brad Ashwell, "All Voting is Local" Florida state director, said he wouldn’t be surprised to see Florida get some of the same blowback as Georgia if the proposals were to pass, at least in their current form.

“Whether all the activity around Georgia is making them recalculate anything, I would think it would have to factor into their calculus in some way,” he said.

“I think they are trying to be somewhat responsive now."

Following universal praise for how the state conducted the November presidential election, all 67 of Florida’s Supervisors of Elections have stated their opposition to the proposals, warning that the wide-ranging reform “risks destroying the voter confidence."

Baxley has long argued it’s about staying ahead of potential future issues.