Brian Corley, who was appointed in 2007, said 'history will not be kind to those who are cognizant of the truth and yet choose silence for political expediency.' 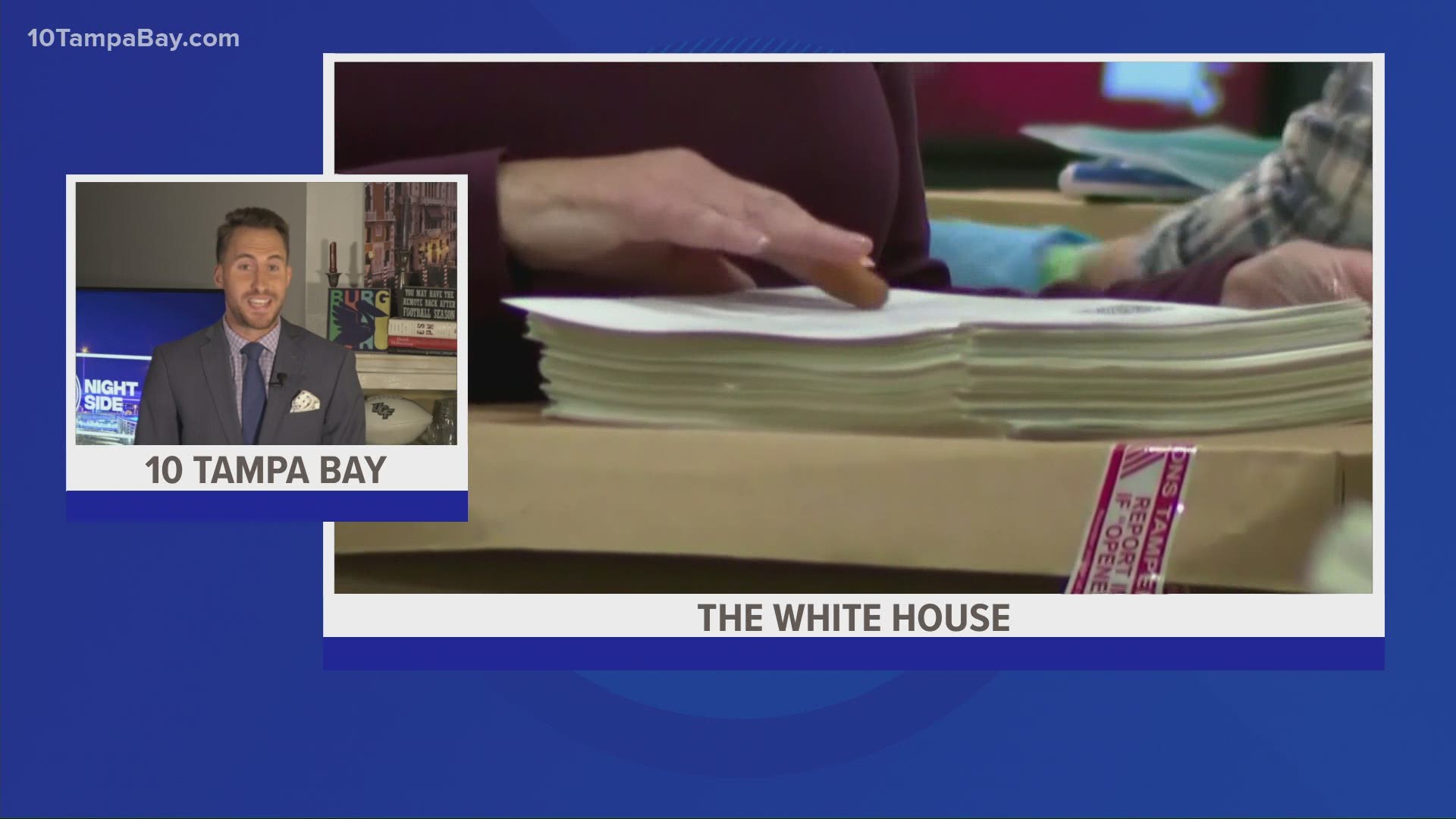 PASCO COUNTY, Fla. — Brian Corley, Pasco County's Republican supervisor of elections, is calling on Americans to accept the results of the 2020 election, saying claims of widespread voter fraud are just not true.

In a statement, Corley doesn't mention President Donald Trump by name, but slammed “baseless claims and misinformation intent upon undermining the election results."

He also referenced the numerous election lawsuits that have failed in court and chided Republican party members for not publicly refuting claims of fraud.

"To allege that massive voter fraud influenced the 2020 results at a time when our elections have never been more secure is duplicitous," Corley wrote, "...I believe that history will not be kind to those who are cognizant of the truth and yet choose silence for political expediency."

President Trump released a 46-minute video on his official Facebook page Wednesday, denying the results of the 2020 general election and repeating unproven claims of fraud.

On Tuesday, President Trump's Attorney General said there's no evidence of widespread fraud that would change the outcome of the election.

"It's time to stop the destructive rhetoric and to stop prioritizing politics at the expense of our country's founding principles," Corley wrote.

Corley, who was appointed in 2007 and oversees elections in a heavily-Republican county, called on Americans to accept Joe Biden's victory and look forward to his Inauguration on January 20.

He also insisted that the 2020 General Election was "the most secure, transparent election in history."

According to Corley, he was inspired to speak out following an impassioned address from Georgia election official Gabriel Sterling, who called on President Trump to stop inspiring people to commit acts of violence, saying "it's all gone too far."

You can read Corley's full statement below:

As an elected Supervisor of Elections, my responsibility to the nearly 400,000 constituents of Pasco County, is to administer politically agnostic, fair, and transparent elections.  It is a duty I proudly and willingly accept in public service and in preservation of our precious democracy.   In the days since the election, I have stood by as political pundits and some government officials have politicized the electoral process with baseless claims and misinformation intent upon undermining the election results.  I realized yesterday I could no longer stay silent.  As I watched Georgia's Gabriel Sterling make an impassioned statement against actions which have resulted in threats against elections' officials, his words, "It has to stop", compelled me to speak out not only in a professional capacity, but also as an American citizen.  While I recognize the apolitical responsibility of my elected position, I cannot stand by as my work, and the work of all professional elections' administrators, becomes the scapegoat of those seeking political gain.

In the words of John Adams, "Facts are stubborn things", and while I believe allegations of voter fraud should always be investigated, I have learned through research and speaking to my colleagues that true voter fraud is isolated and infrequent, as confirmed by FBI Director Christopher Wray, and recently, Attorney General William Barr.   Research has also confirmed that most "anomalies" or "irregularities" are the result of clerical errors by elections' staff who are taxed by extremely long hours in high stress environments, and the fact that elections' administration is highly dependent on temporary staff with steep learning curves in short timeframes. To allege that massive voter fraud influenced the 2020 results at a time when our elections have never been more secure, is duplicitous, and while it is true that the electoral votes of 2020 mirror that of 2016, the margin of victory in most contested battleground states is considerably higher than in 2016.

With every deep state conspiracy and illegitimate claim of fraud our democracy sinks deeper and deeper into divisiveness. As the world looks on, the greatest democracy in the world dares to risk the peaceful and orderly transition of power in favor of propagating unfounded claims of "rigged elections".  Through social media and cable news networks which give unchallenged air to patently false and fabricated conspiracy theories, we legitimize the idea that our electoral process is vulnerable to interference - the desired outcome of Russian meddling in 2016 as documented by both Volume 1 of the Mueller report and the United States Senate Select Committee on Intelligence chaired by Senator Marco Rubio of Florida.  In an ironic twist of fate, even the current administration's Department of Homeland Security has declared this to be the most secure and transparent election in history, and yet contempt for the process lives on without reality, facts or evidence of widespread fraud.

To date, twenty-six lawsuits challenging the election results have failed in courts of law.  In just this past week, we listened to campaign attorney Joe DiGenova suggest that Chris Krebs, formerly with Homeland Security, should be "taken out at dawn and shot",  and Attorney General William Barr confirm the Department of Justice found no evidence of widespread fraud in the 2020 presidential election.  I believe that history will not be kind to those who are cognizant of the truth and yet choose silence for political expediency.  In his farewell address in 1796, George Washington spoke to the dangers of those who "will be enabled to subvert the power of the people and to usurp for themselves the reins of government, destroying afterwards the very engines which have lifted them to unjust dominion."

In the final analysis, the people have spoken, and the enduring truth is that the election is over.  It's clear by all accounts that on January 20, 2021, President-Elect Biden will be sworn into office as the 46th President of the United States.  After delivering the most secure, transparent election in history with record turnout and during a pandemic, dedicated public servants deserve recognition, respect and thanks - not vilification.  Although our gender, race and political affiliation are as unique as the regions we represent, the quality that unifies us as professionals is our dedication.  We and our staffs take pride in our work as the politically agnostic keepers of the bedrock of our democracy.  It's time to stop the destructive rhetoric and to stop prioritizing politics at the expense of our country's founding principles.  We need to once again show the world our strength through unification whether it's congress singing "God Bless America" on the steps of the capitol as they did after September 11, 2001, or all of us listening to U2 singing "There is No Them, There is Only Us", we did it before and we must do it again.  As I often tell students during school presentations, the great thing about American elections is that once they're over we all come together as patriots and await our next opportunity to be heard at the ballot box.  Our actions today will ensure our voices can be heard in the future.