Fourteen states have certified their voting totals for the 2020 general election. 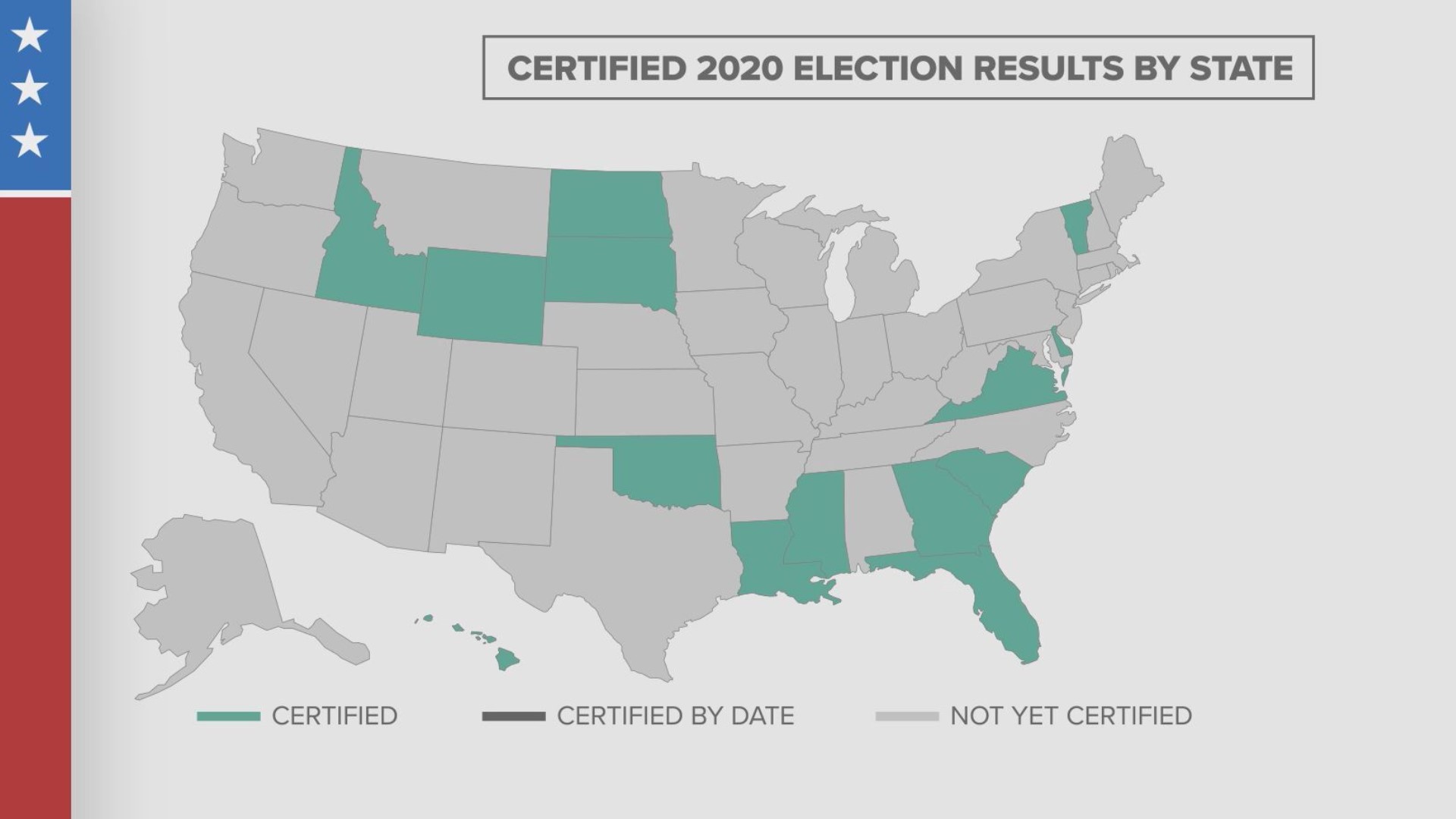 TAMPA, Fla. — Once the 2020 election voting totals for a state are certified -- it’s done.

“He may not like the meal, but the turkey is cooked,” said FAMU Law Professor Reggie Mitchell.

Certifying a state’s voting totals makes those results official and appoints the presidential electors to the candidate with the most votes in that state. The winner takes all.

Thirteen other states have also certified official returns from the 2020 general election with Georgia certifying its returns on Friday.

“I'm disappointed our candidate didn’t win. Numbers don't lie. As secretary of state, I believe that the numbers that we have presented today are correct,” Georgia Secretary of State Brad Raffensperger said.

Raffensperger is a Republican and supported President Trump.

“Once they’ve been certified you can’t say, ‘Ah. I was just playing, you know, time out.' So, I think Michigan is going to certify and all of the other states are going to certify,” Mitchell said.

Thirty-six other states will certify their results later this month or in early December. They must finish by the time the electoral college meets.

“We’re talking about undoing democracy and I don’t think that’s something either party is willing to tolerate,” he said.

“It would do far long-term damage to the country because this country is already so evenly on how they feel who should have been elected, so that’s just not going to happen.”

While states set their own certification deadlines, the federal government says that any legal challenges to results must be resolved by December 8.

Here are some dates to keep in mind moving forward: