Florida 'anti-riot' bill headed to Gov. DeSantis' desk after being passed by the Senate

The legislation expands who can be charged with felonies during protests and gives police broader arresting powers. 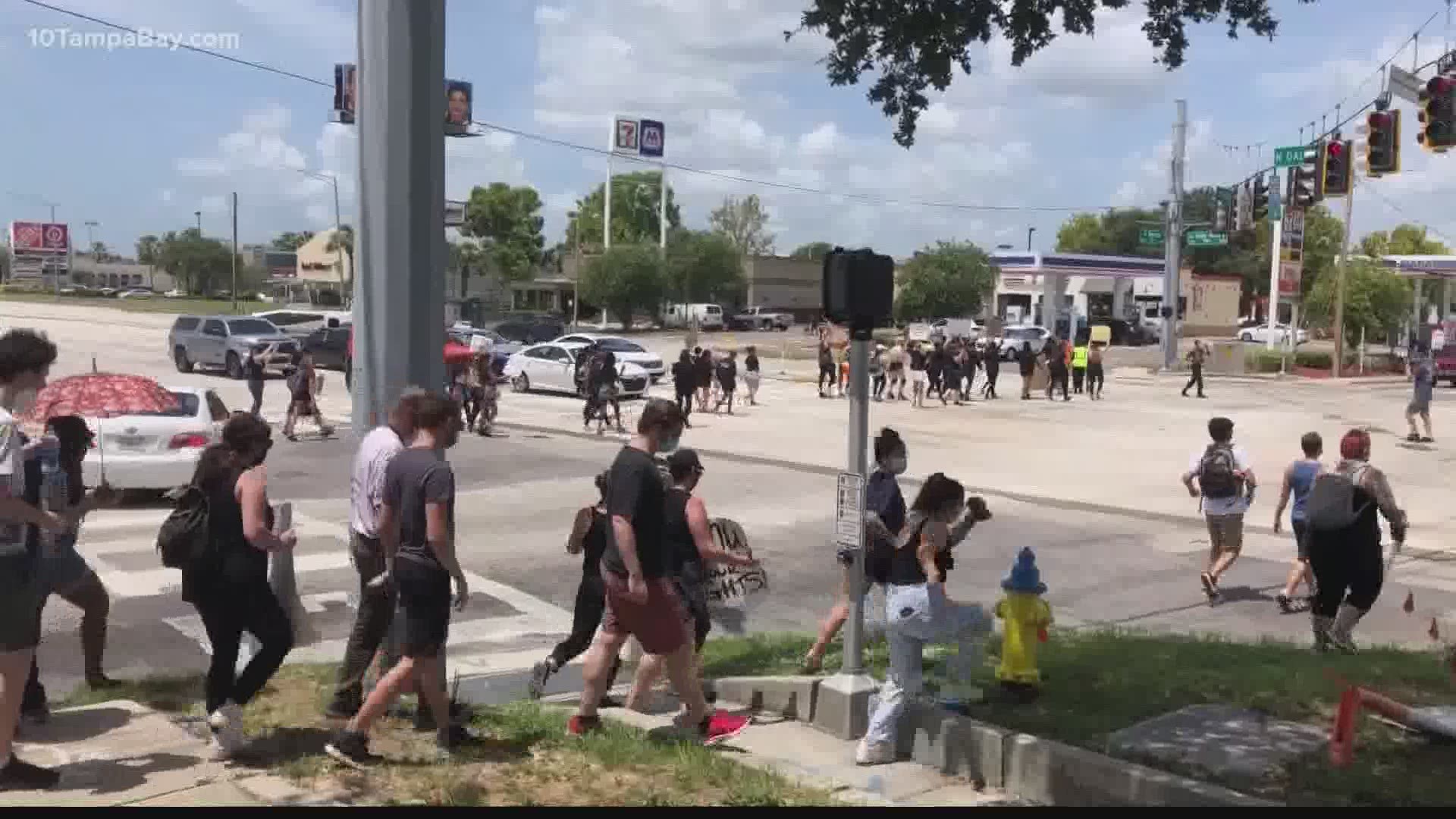 HB 1 has also become known as an "anti-rioting" bill.

The bill expands who can be charged as a felon during protests and gives law enforcement broader arresting powers. It also makes it harder for local governing bodies to “defund” the police.

Senator Danny Burgess (R - Zephyrhills), who sponsored the bill, said it "does not protect violence" and still gives demonstrators the ability to exercise their first amendment right.

Gov. Ron DeSantis first introduced this legislation last September at a news conference with law enforcement officers from around the state. He says state law needs to be tougher when it comes to violent protestors and those who would consider defunding the police.

Senator Janet Cruz (D - Tampa) spoke in opposition of the bill Thursday saying, "While I know we do not welcome communist regime, I can't help but think that we’re taking a page out of Cuba’s handbook if we past this bill today. I understand the intention to make sure everyone can safely protest, if this bill passes then we will see our constituents hesitate before they protest. I urge you to vote no."

After more than two hours of passionate debate, the bill passed Thursday 23-17.

It will now head to the governor's desk to be signed into law. Once signed, it goes into effect immediately.

"With the passage of HB 1, the Florida Legislature has answered Governor DeSantis’ call to uphold the rights of our state’s residents while protecting businesses and supporting our brave men and women in law enforcement. This legislation strikes the appropriate balance of safeguarding every Floridian’s constitutional right to peacefully assemble, while ensuring that those who hide behind peaceful protest to cause violence in our communities will be punished. Further, this legislation ensures that no community in the state engages in defunding of their police. The Governor looks forward to signing HB 1 into law."

The ACLU of Florida released a statement saying it condemns the passage of the bill, noting a felony charge in the state "strips" people of their voting rights.

“HB 1 is racist, unconstitutional, and anti-democratic, plain and simple," Micah Kubic, ACLU Florida's executive director said in a statement. The bill was purposely designed to embolden the disparate police treatment we have seen over and over again directed towards Black and brown people who are exercising their constitutional right to protest."

"It was introduced as a political stunt after a year of historic protest, in which millions of Americans joined together to call for an end to the disparate killings of Black people at the hands of police. It is no coincidence that these bills were introduced by politicians who harshly criticized these calls for racial justice and police accountability."

“It is clear that Gov. DeSantis and certain legislative members are aiming to shut down political speech they disagree with in a direct attack on the First Amendment and at the cost of Black and Brown people. This bill is a disgrace to our state.”

When asked how the passage of the bill would affect his office, Hillsborough County's State Attorney Andrew Warren said it wouldn't change how they prosecute cases. But, one of his concerns about this bill is the fact that it could discourage people from exercising their first amendment rights.

"The argument the bill is needed to prosecute crimes is patently false. We already have those laws on the books. What this bill does is it encroaches on people's first amendment rights by criminalizing just being present at a public assembly where other people commit crimes. I would urge people in Hillsborough County to understand that we will continue to defend people's right to peacefully protest just as we continue to prosecute people who are committing crimes of violence and destruction," Warren said.