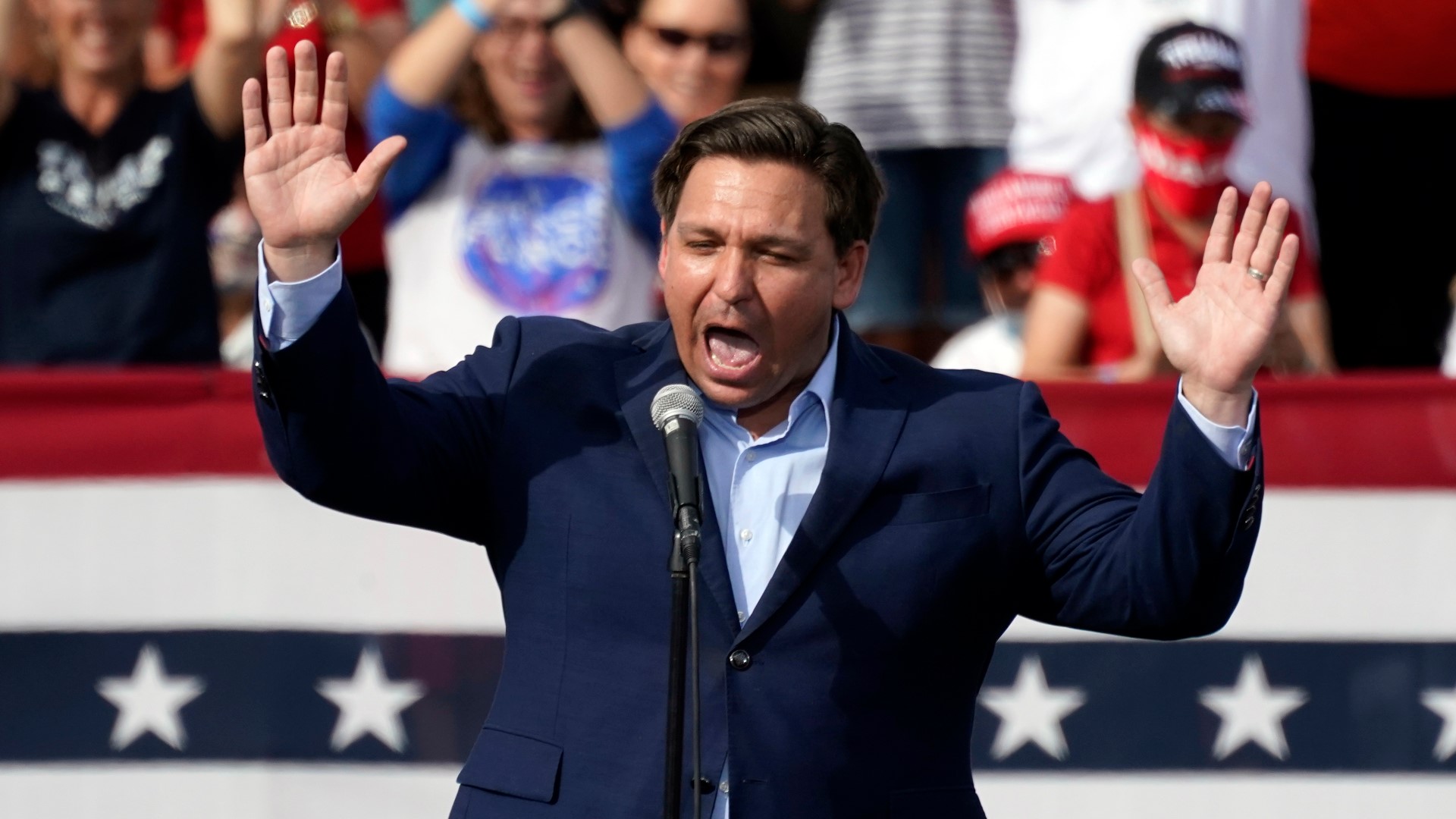 TAMPA, Fla. — The CDC has put out guidance on holiday celebrations, saying to keep them to members of your own household.

A state representative is criticizing Florida Governor Ron DeSantis for not following those guidelines.

State Representative Anna Eskamani, out of Orlando, called out the governor on Twitter for hosting a holiday party for lawmakers.

She posted the invitation from the governor's office: The Governor and First Lady of the State of Florida cordially invite you and a guest to attend a Holiday Reception at the Governor's Mansion.

Typically, she says this is a tradition held by the governor. All 120 House representatives and 40 state senators are invited and can bring a plus one.

She tweeted this in response: "Modeling the best #COVID19 behavior means not hosting parties, and here is our Governor, hosting a party, for lawmakers. I won't be going— we're actually providing direct constituent services so 1. I don't have time & 2. I refuse to ignore basic safety guidelines by the CDC."

"It is irresponsible for the governor to host a holiday party when we are encouraging Floridians across the state not to host parties and to be smart and to be responsible and thoughtful during the holiday season," says Rep. Eskamani.

Eskamani also tweeted that money spent on this holiday reception should instead be spent as direct cash assistance to Floridians in need.

We've reached out to the governor's office to ask him about hosting this holiday reception, but we have not heard back.

We also reached out to every local legislator to see if they plan on going.

We will update this list when we hear back.

Modeling the best #COVID19 behavior means not hosting parties, and here is our Governor, hosting a party, for lawmakers.

I won’t be going— we’re actually providing direct constituent services so 1. I don’t have time & 2. I refuse to ignore basic safety guidelines by the CDC. pic.twitter.com/rntq3Rrwh4