While some Democrats have done the same, it’s not nearly as many. 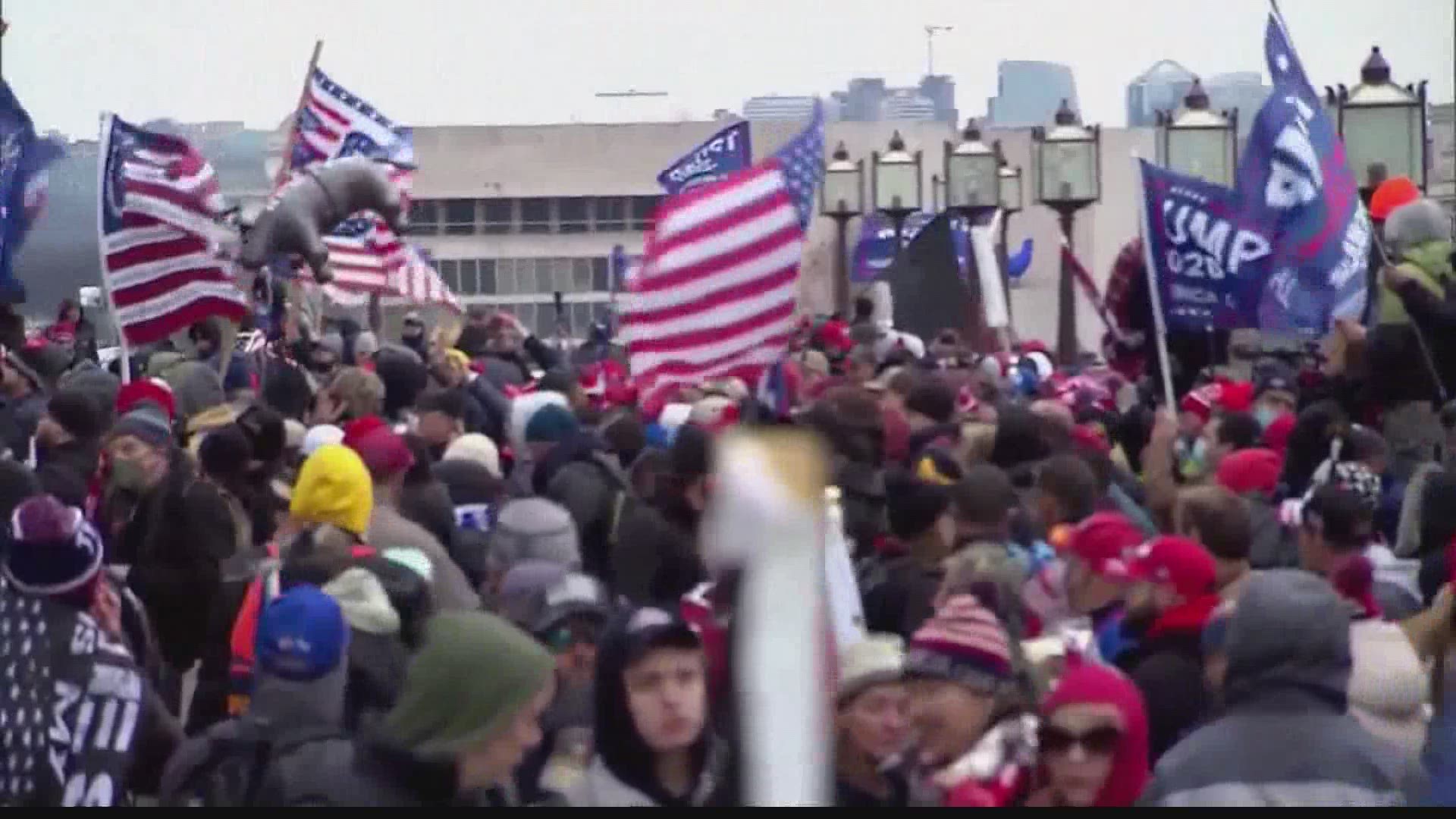 TAMPA, Fla — Some political watchers say they’ve never seen anything like it.

In the days following the uprising in Washington, D.C., thousands of Republican voters across Tampa Bay have switched their party affiliation.

While some Democrats have done the same, it’s not nearly as many.

Most have opted to re-register as independents or no party affiliation, while a handful have switched their affiliation to Democratic.

In the same period after the 2016 presidential election, 1,087 voters in the area’s five largest counties switched their registration. This year as of January 15 it was 4,343.

A comparison between the first two weeks of this year and 2017 shows in Hillsborough County --since the January 6th siege at the Capitol -- 880 Republicans switched party affiliation. In 2017 it was 18.

In Pasco County, over the past two weeks, 522 registered Republicans have changed their party affiliation. In 2017 that number was just 14.

“And the more this Trump stuff carries on, the more you’re going to see people trying to land in an area they feel more comfortable with,” Hafner explained. “And that’s going to upset the apple cart as far as the party structure here in Florida.”

Voters will sometimes switch party affiliation to participate in Florida’s primaries, but this migration has taken place in just a handful of days since the events in D.C.

While the number of Republicans switching parties represents only a half of a percent of registered GOP voters, it could also become significant in a state like Florida.

“Two thousand here, two thousand there, or someplace else in the state and so forth, brings us back to a purple state again,” Hafner said. “While the trend had been moving more towards being a red state.”

MacManus thinks the state was still a toss-up before this happened, but she agrees it will hurt the GOP if they don’t make adjustments.

“Time is of the essence to figure out who it is that’s abandoning the party and why,” she said.

Local election supervisors 10 Tampa Bay reached out to all had no comment. But political experts say it's clear: voters are sending a message.