Justin Fairfax may become Virginia's governor, and he's battling his own controversy

The lieutenant governor denies he sexually assaulted a woman and is threatening legal action against those he says are trying to defame him. 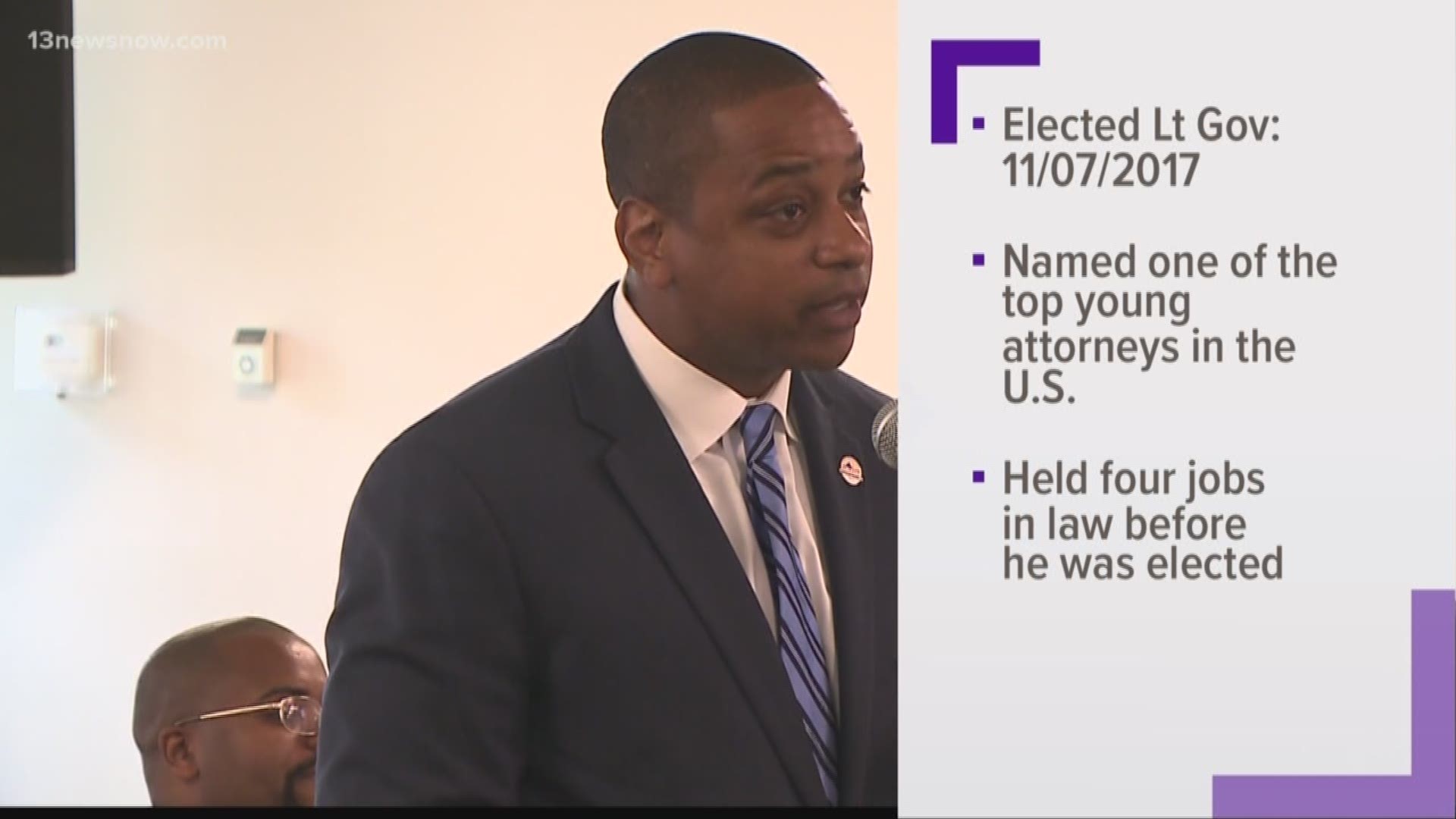 Democratic Virginia Gov. Ralph Northam met privately Monday with high-ranking administration officials amid pressure for him to resign over a racist photo on his 1984 college yearbook page.

If he leaves, Lt. Gov. Justin Fairfax would be next in line.

"The governor has to make a decision that's in the best interest of the Commonwealth of Virginia," Fairfax told reporters on Monday.

Meanwhile, Fairfax spent the day denying an uncorroborated sexual assault allegation against him.

According to the lieutenant governor's office, the person who made the "false allegation" first approached the Washington Post more than a year ago.  The newspaper said Fairfax and the woman told different versions of what happened when they were alone in a hotel room, but reporters could not find anyone to verify either side of the story.

"Tellingly, not one other reputable media outlet has seen fit to air this false claim," Fairfax's office wrote in a statement. "Only now, at a time of intense media attention surrounding Virginia politics, has this false claim been raised again."

The lieutenant governor is promising "appropriate legal action" against anyone trying to "spread this defamatory and false allegation."

Who is Justin Fairfax?

Born in Pittsburgh, Pennsylvania, Fairfax is a descendant of slaves, according to CBS affiliate WTVR, which said -- when he was sworn in -- he was carrying the paperwork that freed his great-great-great-grandfather.

Fairfax, who was elected lieutenant governor in November 2017, is only the second black person in history to be elected to a statewide office in Virginia. The first was Gov. L. Douglas Wilder, who served from 1990 to 1994.

Before becoming second in charge of the state's executive branch, Fairfax, 39, made a name as a successful lawyer. In 2013, he was awarded the National Bar Association’s “Nation’s Best Advocates Award," which recognizes attorneys under 40 years old. Fairfax is currently a litigation partner for the international law firm Morrison & Foerster LLP.

He was previously an assistant U.S. attorney for the Eastern District of Virginia. Before becoming a federal prosecutor, he was a litigator at Washington, D.C.-based WilmerHale, LLP.

Fairfax was once a federal law clerk to U.S. District Court Judge Gerald Bruce Lee in the Eastern District of Virginia.

He is a graduate of Columbia Law School. He also holds a degree in public policy studies from Duke University.

The lieutenant governor is married with a son and daughter. The family lives in Northern Virginia, where his wife runs a family dental practice.

Editor's Note: The Associated Press contributed to this report.