'What are you afraid of,' asks mom of transgender child to Florida lawmakers

Republicans state lawmakers are pressing forward on a bill to ban transgender athletes from participating in women's and girls' sports. 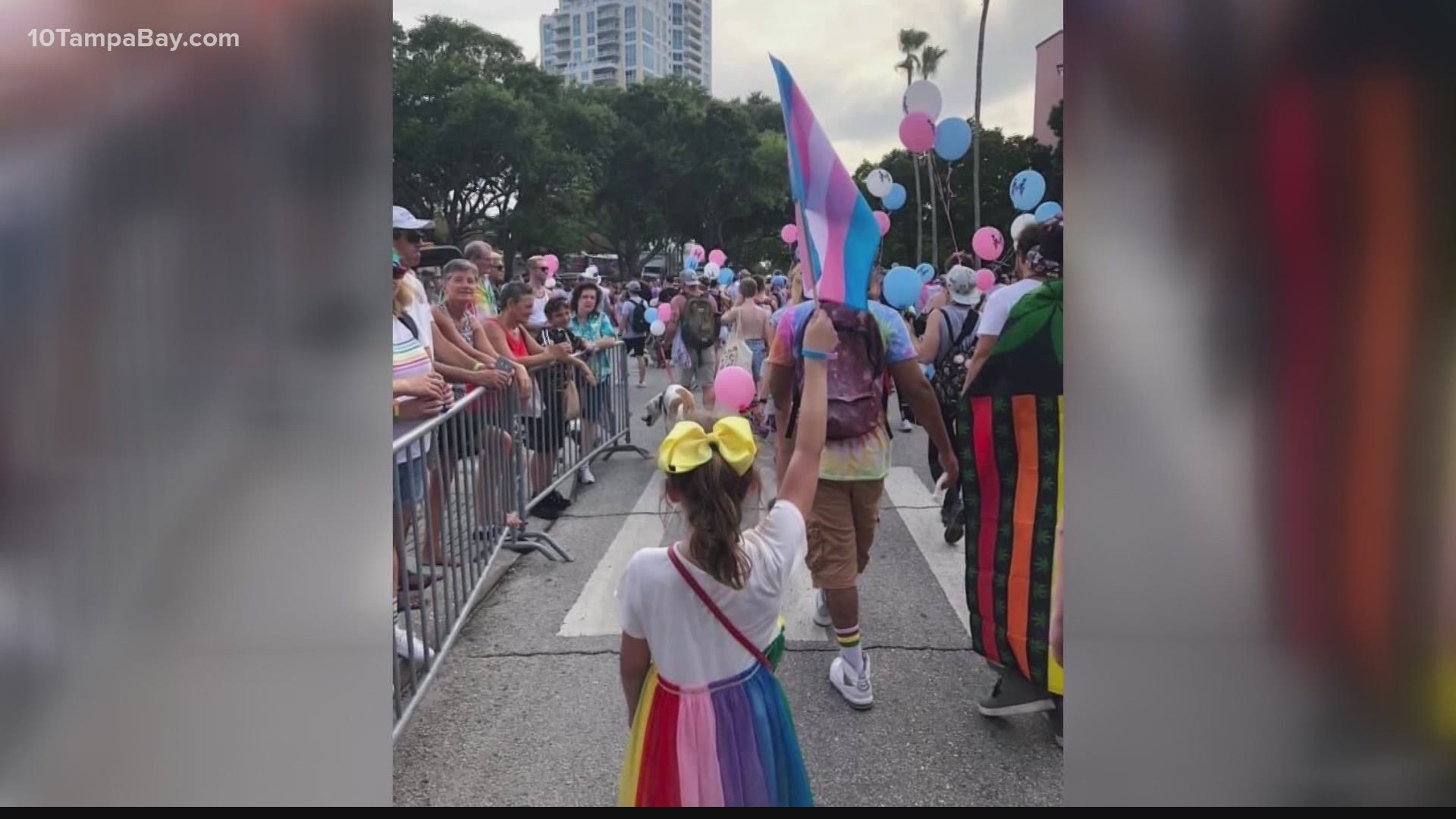 ST. PETERSBURG, Fla. — Lindsay McClelland says as soon as her child could talk, she identified with how she felt, not with the gender she’d been assigned at birth.

“We realized this was something very serious, very real and we knew there was no changing it,” McClelland said.

McClelland says her daughter, now 10 years old, has come a long way but there are still plenty of challenges ahead—like puberty. She says legislation like what’s being proposed in Tallahassee makes her fear for her daughter’s safety and future.

“It’s not something she can control and the fact she’s being punished for that because they’re scared or they’re just mean, or they’re not willing to educate themselves,” she said. “It breaks my heart.”

Florida lawmakers are scheduled to take up a controversial bill that would ban transgender females from participating in girls’ or women’s high school and college sports.

The Florida House is set to take up HB 1475 on Tuesday.

The bill, sponsored by Rep. Kaylee Tuck, R-Lake Placid, is dubbed the “Fairness In Women’s Sports Act.” It would make participation in athletics contingent on determining a student’s “biological sex.” If a student-athlete were to be challenged, confirmation would have to be sought from a health care provider that they are female, which could include a doctor examining their genitals.

“The act is pro-women and pro-girls and only acknowledges the biological differences between men and women,” Tuck recently told the Associated Press.

Tuck and other supporters have been hard-pressed to find any example of a transgender student’s participation being a problem.

“What are you afraid of,” McClelland asked of lawmakers supporting the bill. “You’re hurting children.”

RELATED: Florida may not be able to host NCAA championships if transgender bill passes, organization says

Backers are pressing forward despite the National Collegiate Athletic Board of Governors announcing Monday it would consider pulling championship games from states where this type of legislation is approved.

However, the Senate version of the bill, which was slated to be heard its final committee stop on Wednesday, was temporarily postponed just hours after the NCAA’s statement. A Senate spokesperson blamed it on a “busy” committee agenda.

Nate Bruemmer, a transgender man and board president and director of St. Pete Pride said this proposed legislation should reinforce why that event and others like it are more important now than ever.

"There is a small but very loud group of Americans that doesn't feel that all Americans deserve equality," Bruemmer said. "Kids are hurting because of that."