Moody called the language in the proposed amendment "misleading," arguing that it goes far beyond banning so-called assault weapons. 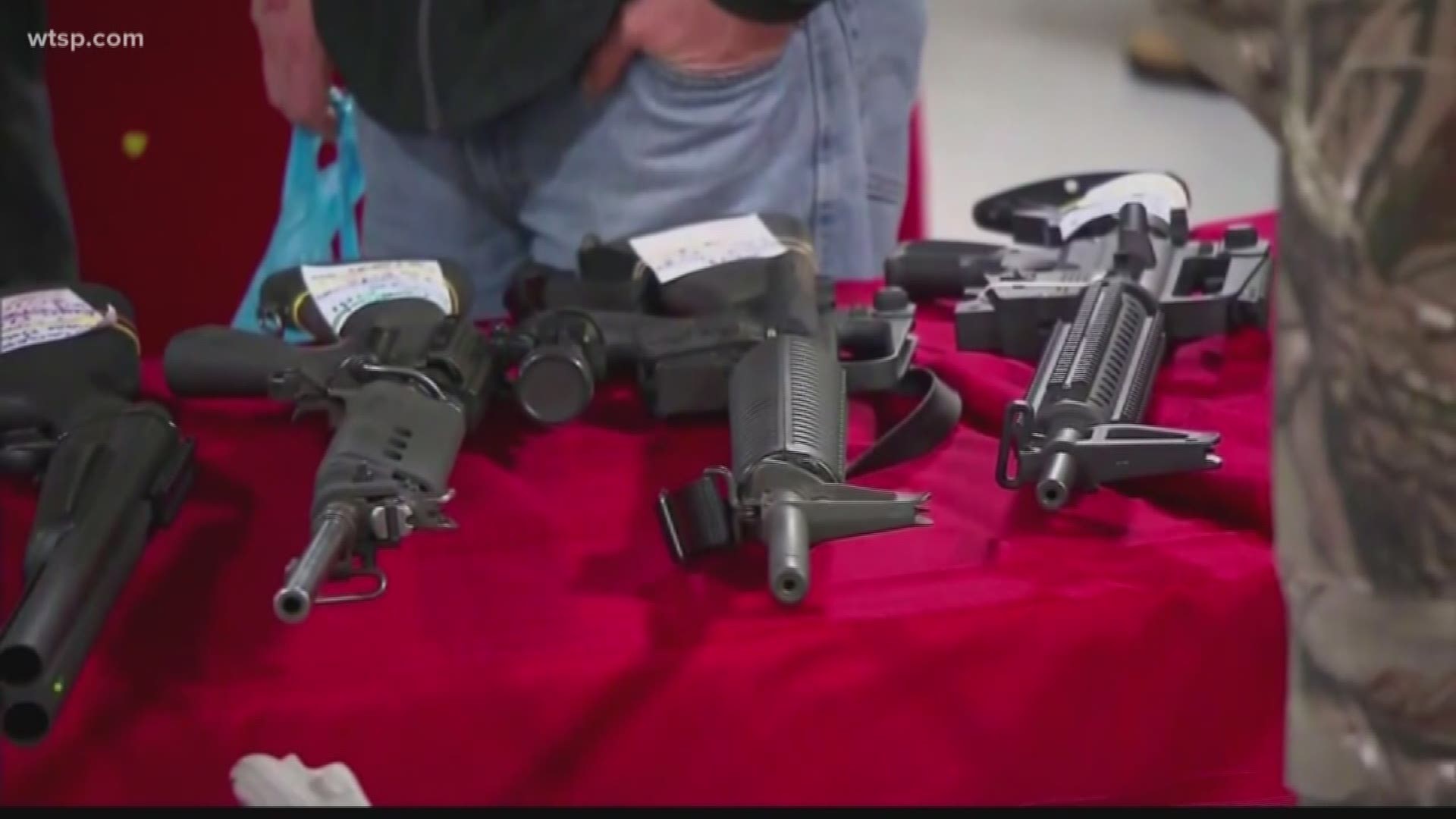 TAMPA, Fla. — Florida Attorney General Ashley Moody stuck to her guns on Tuesday, doubling down on her assertion that an effort to get a state assault weapons ban on the 2020 ballot is misleading to voters.

“Regardless of your position on gun restrictions, this particular amendment is a trick,” Moody said, speaking in Tampa on Tuesday. “By using the term ‘assault weapons’ and making the definition so broad that it would include most common hunting rifles and shotguns and those that could include rounds that were much less than what was listed in the petition highlights why it is a trick.”

“I understand the pain and frustration and the events that have occurred in Florida. I am a mother, I understand that but as the chief legal officer of the state of Florida I often have to make very difficult determinations and representations to the court because it’s my duty,” she added.

“My job as Attorney General is to look at the proposal in its current form and whether or not that’s misleading to the voters. This clearly is.”

In a letter to the court submitted Friday, Moody called the language in the proposed amendment "misleading," saying the court should move to keep the matter from voters. She argues that the proposal goes far beyond banning so-called assault weapons and could also ban the possession of all semi-automatic long guns.

Backers of the proposed amendment fired right back, saying the attorney general was the one being deceptive.

“She is intentionally lying about our amendment to Floridians. We are not looking to ban anyone’s hunting rifles, that would be absurd,” said Gail Schwartz, Chair of Ban Assault Weapons NOW’s committee. “I think it’s pretty obvious that the attorney general is afraid of bringing this issue directly to the voters.”

Schwartz’s nephew, Alex Schachter, was one of the students killed in the 2018 mass shooting at Marjory Stoneman Douglas High School in Parkland, Florida.

“My family is living a nightmare since my nephew was murdered, executed at his high school while sitting at his desk,” she added. “I decided after burying my nephew that I wanted to turn my grief into action. This is a direct democracy opportunity that we have for Floridians.

"We’ve never had an opportunity to vote on the issue of what types of weapons we want sold in our state."

The group has until February first to get the required 766,200 signatures verified by the state to get the proposed amendment onto next year's ballot.