There are now 128 potential questions to study before taking the citizenship test. It used to be 100. 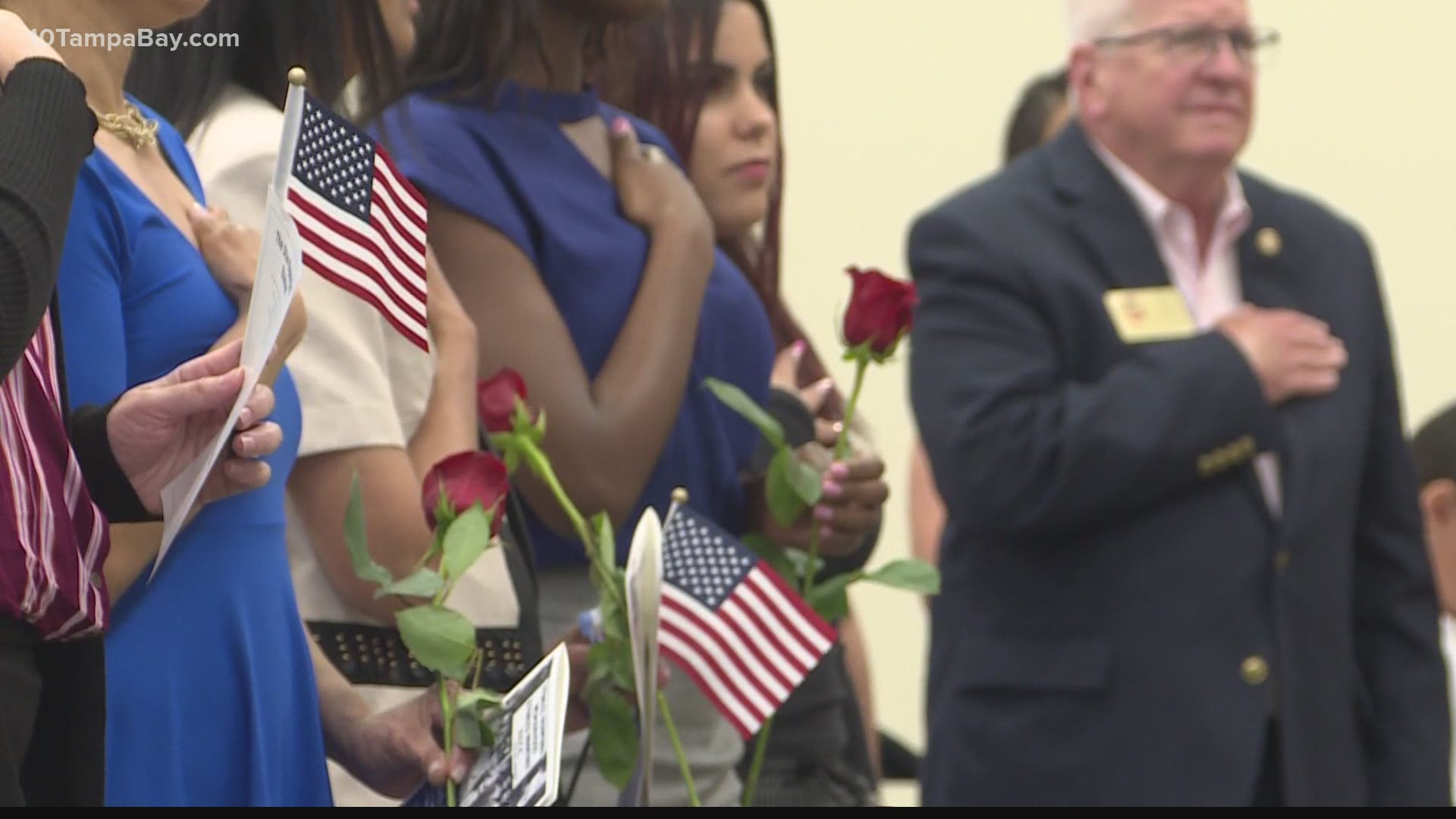 ST. PETERSBURG, Fla. — Starting next month, it’s going to be harder to become a U.S. citizen.

The test that people take to become naturalized citizens is getting tougher, which could impact Florida even more than many other states.

“I put my application in, in September,” said Madeleine Edbom, who hopes to soon fulfill her dream of becoming a US citizen.

But for Edbom and hundreds of thousands who apply each year, the test they have to pass is about to become more difficult, both in the number and types of questions asked.

“It does seem more like a stumbling block, and for people to get stuck in the process than it is to add people to become better Americans,” said Edbom, who came to the U.S. as a child and has lived here for the past 17 years.

Instead of getting six out of 10 questions correct, it will now require 12 out of 20 to pass. There are now 128 potential questions to study from. It used to be 100.

And the questions themselves are more difficult. For example, instead of identifying one branch of the federal government, the updated test asks applicants to name all three.

Asked her why she thinks the test is -- by most people’s measure -- becoming more difficult, Carrion said she believes it’s a combination of factors: economic and political, mainly.

“I’m sorry to say it as blatantly as that,” Carrion said. “But the more immigrants you bring into the mix, the more we began to have a cultural diversity, and I think some people fear cultural diversity and that’s why they want to create these test as a roadblock for people to become U.S. citizens.”

On Friday, Joseph Edlow, who heads the U.S. Citizenship and Immigration Services agency put out a statement, saying, “Naturalization allows immigrants to become fully vested members of American society, with the same rights and responsibilities as citizens by birth, and offering a fair test which prepares naturalization applicants for these responsibilities, is of utmost importance to our agency.”

“I think everyone that applies - their heart is in the right place,” said Edbom, who would like to see more online learning tools – especially for people with a language barrier.

“I think it will then be up to advocates and attorneys to make sure that we push people to continue to try to pass the test,” Carrion said.

Florida ranks fourth in the nation when it comes to the number of people who become naturalized citizens each year, behind only California, New York and Texas.

Carrion says it’s possible an incoming Biden administration could quickly undo the new citizenship test and revert back to the one that had been in place since 2008, so if anyone is about to take the test, she recommends contacting a lawyer for advice on whether to move forward or wait and see what happens.