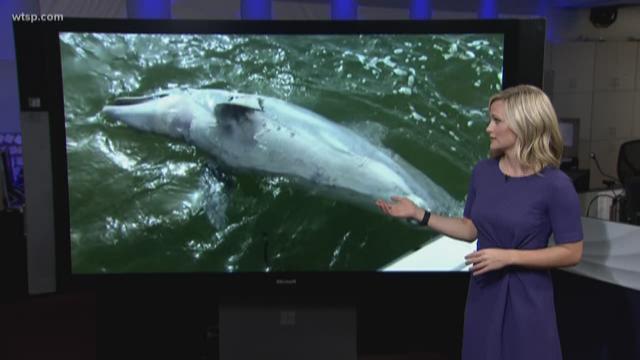 The National Oceanic and Atmospheric Administration (NOAA) said since July 2018 there has been a high number of bottlenose dolphins dying, and it’s likely because of the red tide.

#RedTide confirmed as cause of death in 10 of 17 #dolphin deaths since August 1 says @MoteMarineLab pic.twitter.com/Cgjv9LyvD7

Mote said it did necropsies and biological sampling of the dolphins it recovered. Ten of the recovered dolphins had been tested for Florida red tide neurotoxins and all of them came back positive.

The samples from the other dolphins were sent in for testing, but Mote said it was waiting on the results to come back.

Dolphins have been hit particularly hard by red tide in Collier, Lee, Charlotte, Sarasota, Manatee, Hillsborough and Pinellas counties, where the blooms have been strongest.