The state has wetlands that were built with taxpayer money and they're doing a great job of cleaning the water. The problem is that less than a quarter of the water being treated there is actually from the lake, most of it is from sugar farms. 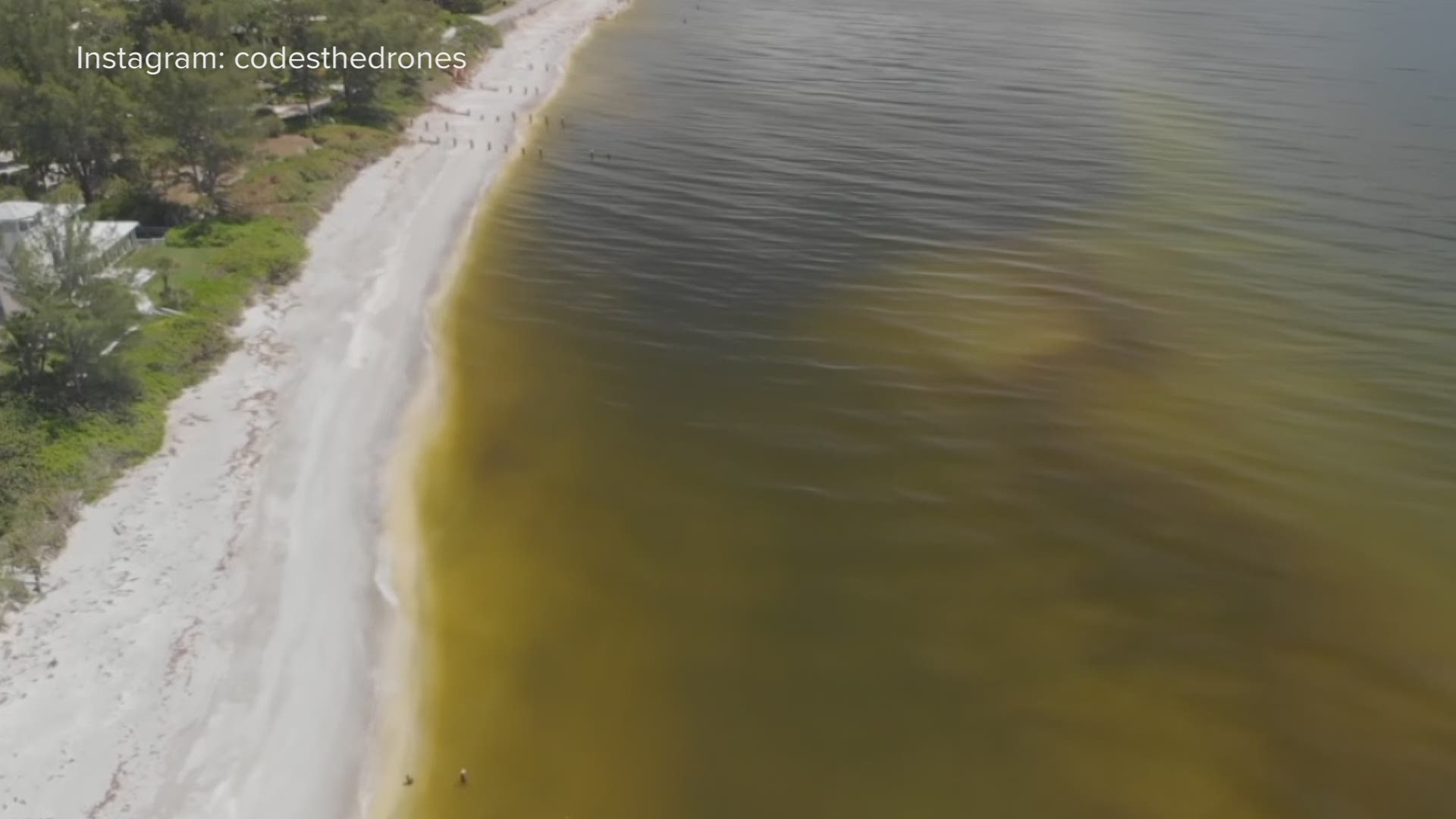 It has not been a good year for Florida's beaches. Red tide has killed thousands of tons of marine life. It has cost taxpayers millions of dollars in clean up efforts. It's making Floridians sick, and it's not over yet.

Red tide is a natural algae bloom made much worse by human activity.

"We're feeding algae blooms with tons of fertilizer," Peter Girard from Bullsugar.org, an environmental group, said. "That is not natural."

Scientists point to pollution flowing into a major lake.

“This could be done by a kid in a science fair project. Take a red tide sample, just dump a little bit more polluted water in it. It will explode,” Dr. William Mitsch, Everglades Wetland Research Park professor, said.

He says the problem can’t be solved without Florida’s influential sugar industry doing its part.

“I’m sorry they’re the last ones standing that has that land,” Dr. Mitsch said.

"When they're trying to put us out of business because of something that might be their fault, then we're going to fight back, we're not going to allow it," Alan Hammock, owner of Frierson Farms, said.

The problem starts in Lake Okeechobee, Florida's largest freshwater lake. This summer it was covered in blue green algae.

"Lake Okeechobee has been called the liquid heart of Florida and it's filthy right now," Girard said.

Farm, septic tank, and fertilizer run off flows into the lake from the North. Then, that water is discharged into rivers to the east and west making its way to the coasts and feeding toxic algae.

Instead of being diverted to the coasts, activists wish that water flowed South, the way it naturally did more than a century ago before sugar companies converted wetlands into farmland.

"We're trying to make a living, we've been doing it for more than a hundred years, you know," Mr. Hammock said.

The Hammocks live on their farm. The same way their relatives passed on the company to them, they want to leave the land to their kids.

Ardis Hammock, owner of Frierson Farms, says she doesn't like the term 'Big Sugar' because it is "a derogatory term that someone chose to label us."

And it would be unfair to label the Hammocks’ 750 acres of farmland ‘Big Sugar.' But activists use it to refer to companies like U.S. Sugar that give tens of millions of dollars in campaign donations to politicians from both parties. They own 215,000 acres of land and seem unwilling to sell any more of it.

"This issue was addressed last year in the Florida legislature," Judy Sanchez, U.S. Sugar's spokesperson, wrote in an email to 10News. "There is no need to purchase additional farmland and to put farming communities out of business."

Mrs. Hammock makes the point that sugar farmers are not responsible for the majority of the pollution going into the lake. And that's true.

The South Florida Water Management district reports the majority of the water going into Lake Okeechobee comes from sources to the north.

"Why aren't you stopping it where the problem is? Why do you ever want it to come into the lake?" she said.

But even if the runoff from the North stopped flowing into the lake today, the water is already polluted and would continue feeding toxic algae for at least another decade, scientists say.

So, cleaning the water has to be part of the solution.

He says the additional land is needed to create more storm water treatment areas or STA's. Those are man-made wetlands that soak up the pollution in the water so it can be sent south to the Everglades.

“We’re so close to solving the problem," Dr. Mitsch says.

He insists the state must buy the needed land from the sugar industry because "that’s all the land that’s left.”

But the state already has wetlands that were built with taxpayer money and they’re doing a great job of cleaning the water. The problem is that less than a quarter of the water being treated in them is actually from the lake, most of it is from sugar farms.

"We’re using taxpayer money to clean up after an industry that’s polluting," Girard said. "Yes, they should be cleaning up their own water, but Florida taxpayers are doing that instead."

When asked about this, Sanchez pointed at the $25 per acre Agricultural Privilege Tax that sugar farmers pay.

"We are the ONLY group paying an extra tax to fund further treatment of all lake, farm and suburban water flowing south to the Everglades," she wrote in an email.

But activists maintain that if the state's resources were devoted to solving the toxic algae problem, the discharges could be reduced.

The state's wetlands filter approximately 260 billion gallons of water coming from agricultural land. This year’s discharges from Lake Okeechobee to the coasts were about 300 billion gallons.