A bill that would put panic alarms in all Florida public schools continues to gather momentum in Tallahassee. 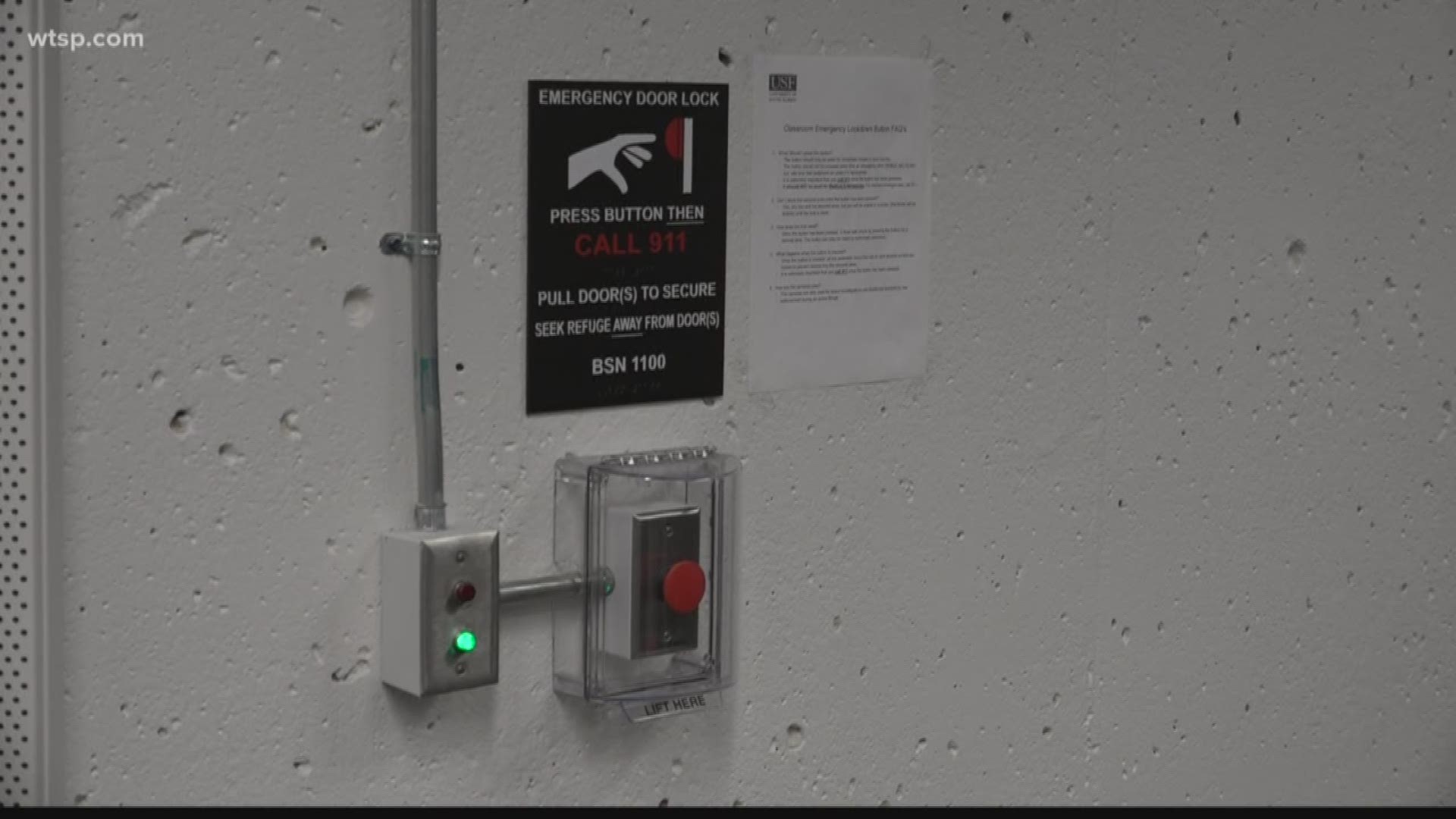 ST. PETERSBURG, Fla. — A bill that would put panic alarms in all Florida public schools continues to gather momentum in the state capital.

The proposed legislation would create a panic alarm, possibly via a cellphone app, that would enable school faculty and staff to alert law enforcement in the event of an active shooter on campus.

The law is commonly known as “Alyssa’s Law” after Alyssa Alhadeff, who was one of 17 people killed in a mass shooting at on Valentine’s Day 2018 at Marjory Stoneman Douglas High School in Parkland.

This month, the bill made its way to the House Education Committee. Alyssa’s Law has already been enacted in the state of New Jersey. There is also a federal version of the bill pending.

Pasco County Schools have installed the CrisisGo app on all district devices, which features a panic button that will alert school and district leadership and staff as well as law enforcement when activated. Pasco Schools spokesperson Linda Cobbe said the app will eventually be available to students and parents as well.

Polk County Schools also have the ability to send an alert signal directly to law enforcement in the event of an emergency.

In an email to 10News, spokesperson Jason Geary said:

“In general, we do not discuss specific security strategies or tactics. Any aspect of the emergency preparedness plan and/or procedures that are included in the School Safety Plan shall remain confidential and exempt from public records disclosure in accordance with State law. Broadly speaking, we can assure you that both before and after the tragedy at Marjory Stoneman Douglas High School, Polk County Public Schools has been reviewing and implementing security measures at our schools that include:

Control access to schools through a variety of hard security measures (physical barriers) as well as protocols that limit access to those who have a reason to be on the school campus. This includes fostering a 'culture of awareness for access and security' among staff and students

Hardening the classroom through a variety of physical (hard security) means and training/drilling with students, teachers and staff.

Effective on-site incident response that will confront and stop an active shooter. This includes having well-trained armed School Safety Guardians and/or law enforcement officers on campuses as well as other security protocols that increase safety for students, teachers, and staff.”