Braxton Williams and Bri'ya Williams last were seen in the Jacksonville area. 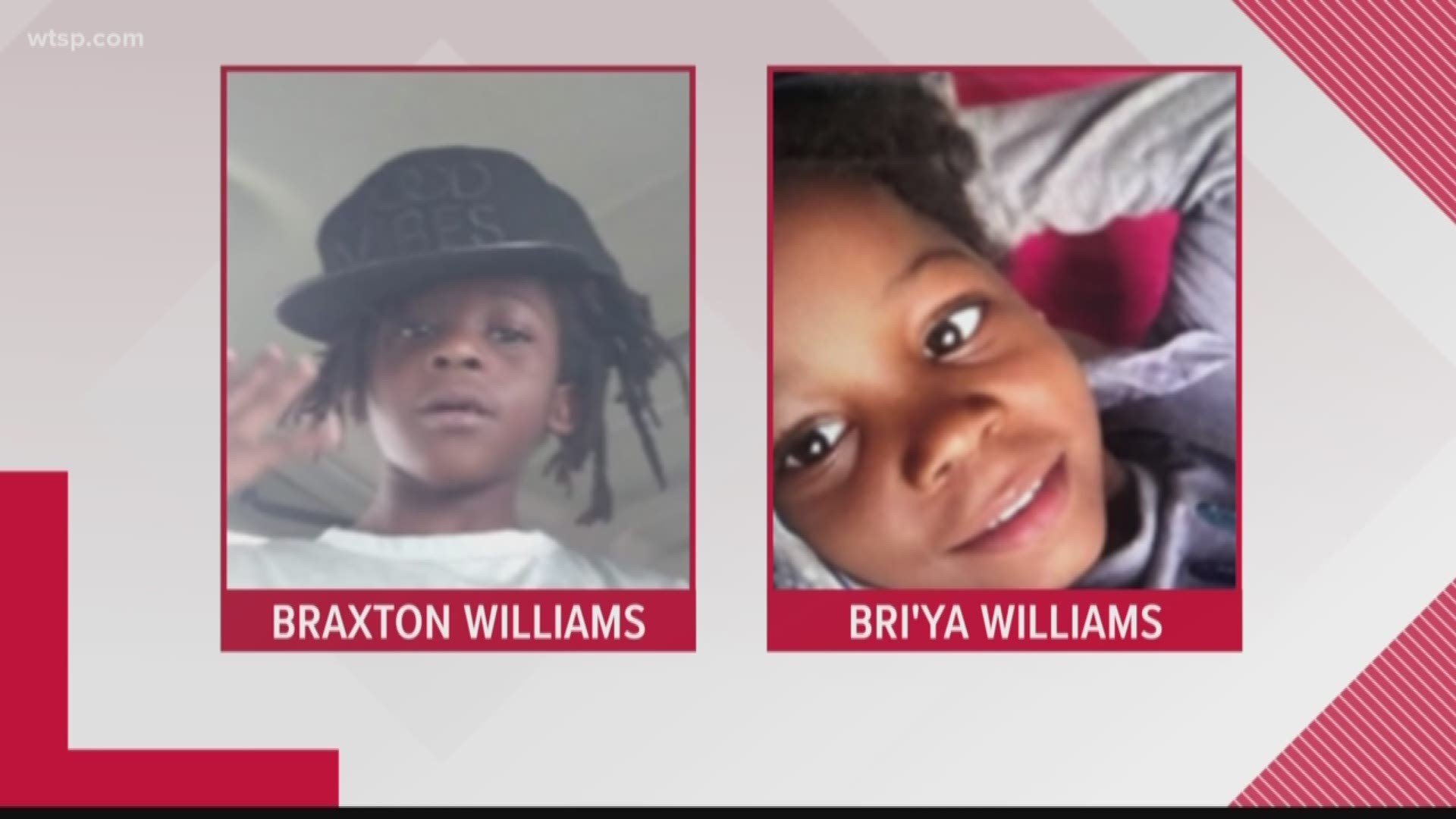 JACKSONVILLE, Fla. — An Amber Alert has been issued for two children reported missing in the Jacksonville area.

Braxton Williams, 6, and Bri'ya Williams, 5, last were seen in the area of 10000 W. Beaver Street on Jacksonville's west side, according to the Florida Department of Law Enforcement.

First Coast News reports family said the children's parents were home when they went missing, but police do not know where the parents are located.

"Obviously, we're at about seven hours plus that [the children] have been missing, so they could realistically be anywhere in Florida if they're not alone," Hancock said. "If they are alone, obviously, they're in danger because they're five and six years old."

Anyone with information about the children's whereabouts is asked to call the Jacksonville Sheriff's Office at 904-630-0500 or 911.