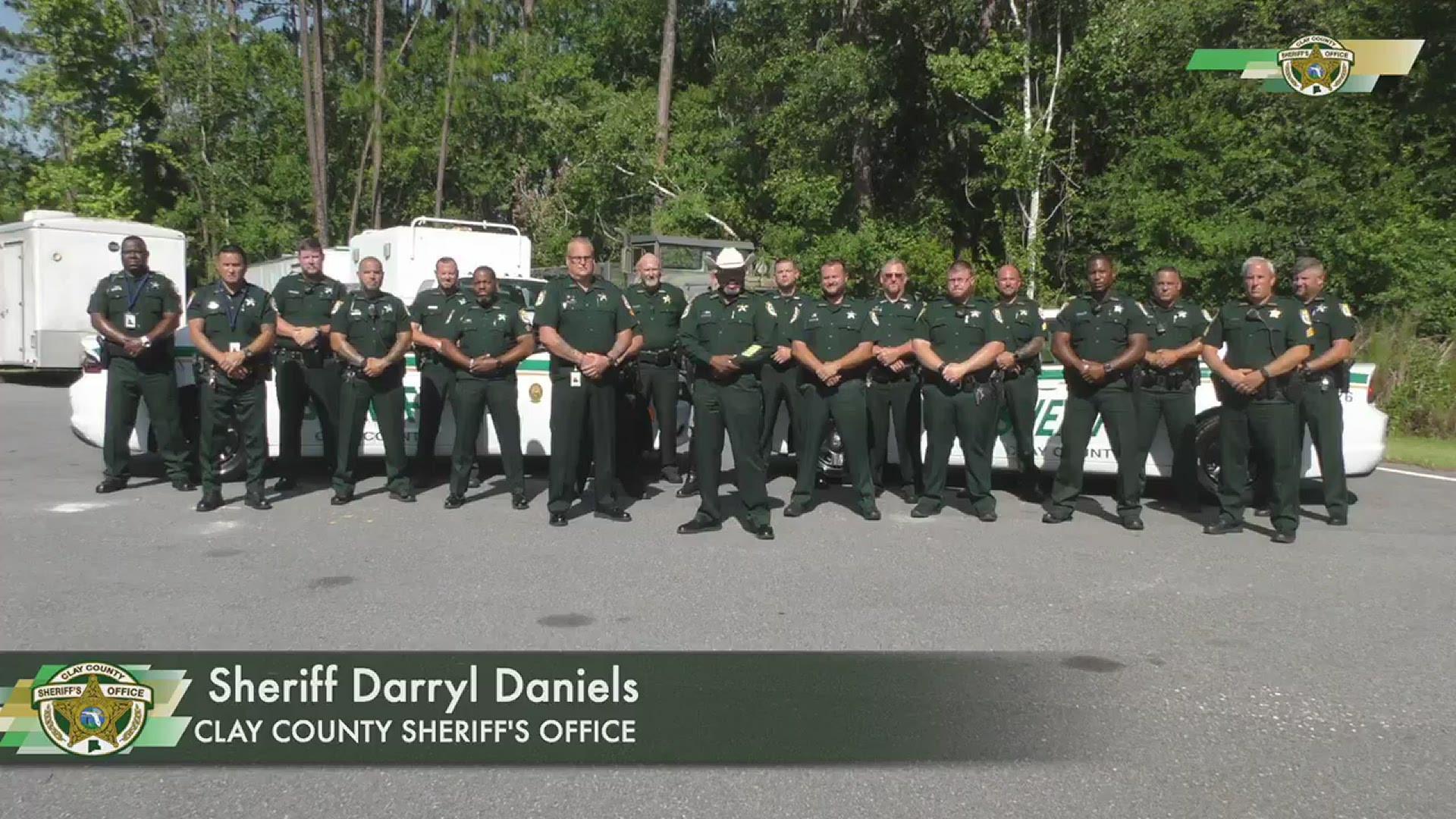 CLAY COUNTY, Fla. — Clay County Sheriff Darryl Daniels shared a video on Tuesday, stating he will "make special deputies of every lawful gun owner" in the county if his deputies aren't able to handle all the protesters.

Daniels then talks about law enforcement taking an oath "to support, protect and defend the Constitution of the United States and the government...And we end that with, 'So help me God.'"

"But God is absent from the media's message or Black Lives Matter or any other group that's making themselves a spectacle disrupting what we know to be our quality of life in this country," Daniels says.

Daniels also tells protesters to stay out of Clay County, which is a suburb near Jacksonville.

"If we can't handle you, I'll exercise the power and authority as the sheriff, and I'll make special deputies of every lawful gun owner in this county and I'll deputize them for this one purpose to stand in the gap between lawlessness and civility," Daniels said.

Daniels ends the video with, "You've been warned." The video has racked up more than a thousand shares as of Wednesday.

The Florida Times-Union reported in June 2019 that Daniels is officially under investigation by the Florida Department of Law Enforcement in regards to an alleged affair with a fellow officer when he was with the Jacksonville Sheriff's Office.

Daniels, the county's first Black sheriff, is up for re-election and is facing six opponents.

Sheriff Daniels speaks on who we are as a people

Sheriff Daniels speaks on who we are as a people. #CCSOFL #KeepingClaySafe