State and local law enforcement resources will be sent west, the governor said. 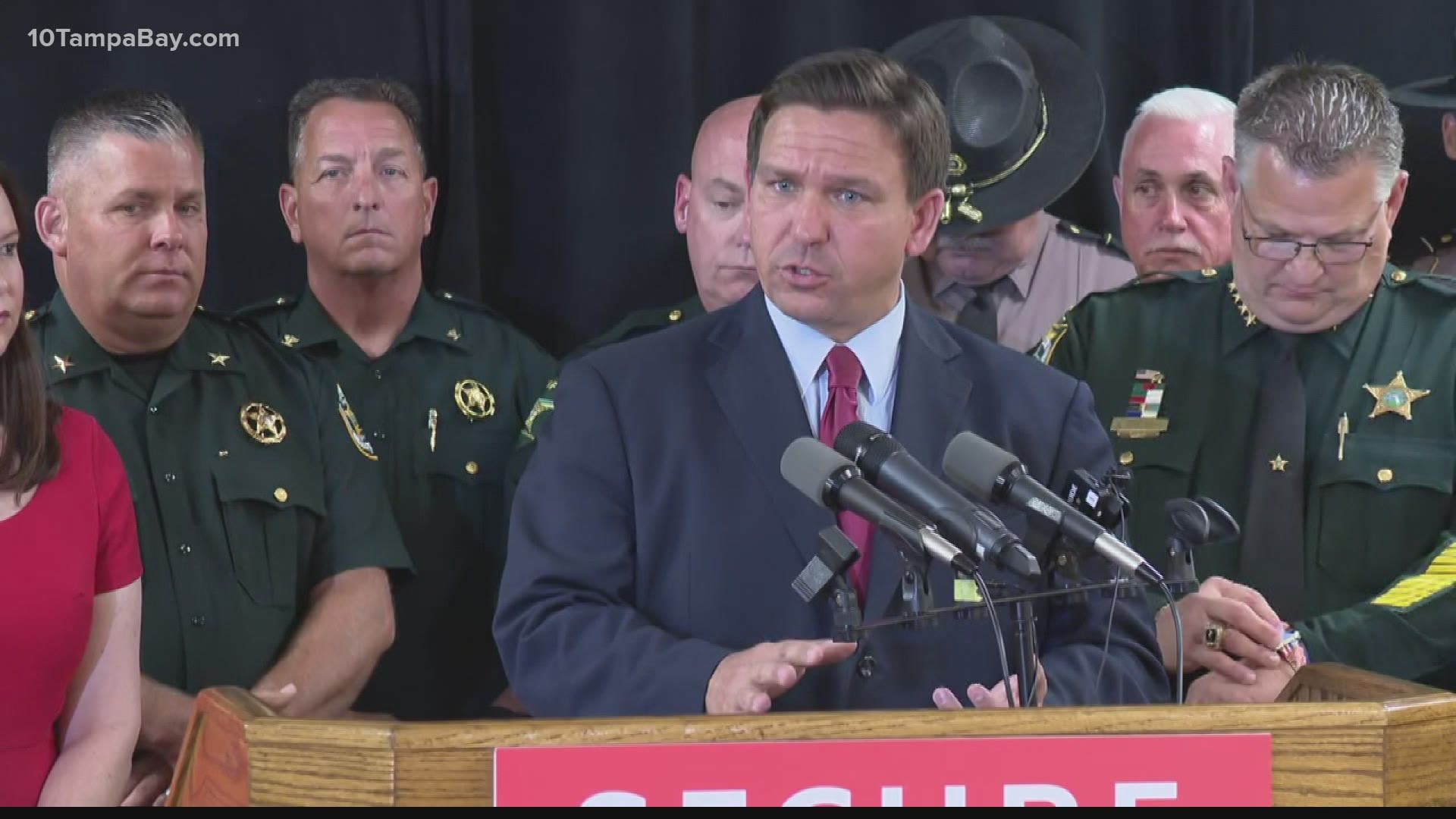 PENSACOLA, Fla. — Arizona and Texas are calling for help along the southern border, and the state of Florida is the first to answer, Gov. Ron DeSantis said.

The governor, speaking Wednesday among a group of state and local law enforcement agencies at the Escambia County Sheriff's Office, announced Florida will provide additional law enforcement resources to the southern border region to deal with what he called a "created crisis."

Some of the agencies include the Florida Highway Patrol, Florida Fish and Wildlife Conservation Commission and sheriff's offices, like Brevard, Hillsborough and Pasco counties.

DeSantis blamed President Joe Biden's administration for rolling back border policies that had been in place under former President Donald Trump, including ending a policy that forced asylum seekers to wait in Mexico for immigration hearings in the U.S.

The Biden administration has since begun to process their cases, allowing them in the U.S. while, at the same time, asking others considering coming to the U.S. to stay home.

RELATED: 'Do not come': Harris seeks 'hope at home' for Guatemalans

Some of the problems at the border -- a 13-hour drive from Pensacola to Brownsville, Texas -- affect Floridians in the way of drug and human trafficking, DeSantis said.

He did not specifically address how much it would cost Florida taxpayers to send law enforcement personnel and other resources out-of-state. Those who do spend time out west are, however, requested to spend 16 days of their time, the governor said.

DeSantis mentioned $1,000 bonuses for law enforcement officers, but details of that, too, are being worked out, he said.

"We're working with our state law enforcement partners at this time and do not have details on the amount or timeframe in which deputies will be needed," Pasco County Sheriff's Office spokesperson Amanda Hunter said in a statement.

Arizona Gov. Doug Ducey and Texas Gov. Greg Abbott sent a joint letter to the nation's governors last week, claiming Biden "has proven unwilling or unable" to secure the U.S.-Mexico border, according to the Arizona Republic. Both cited a 20-year high in migrant encounters in May as evidence of an "open-border disaster," the newspaper reported.

DeSantis compared Florida's response to these states like others that would respond to Florida following a hurricane.

"We believe that securing the southern border is important for our country but, specifically, we believe that it'll benefit the people of Florida to be able to get this under control," DeSantis said.