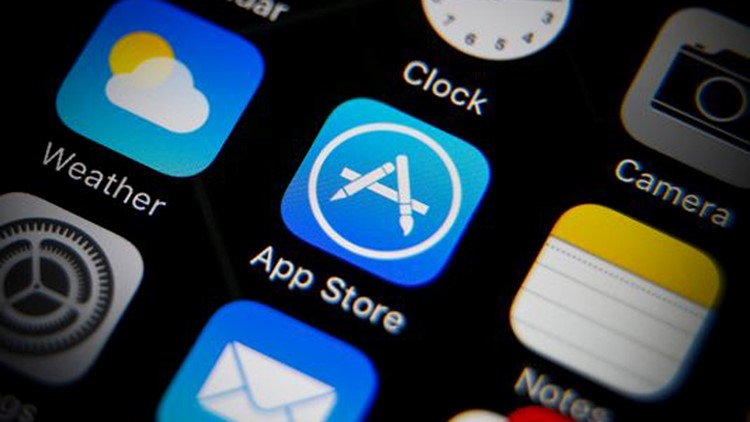 NBC News reports the FBI, in a letter to the tech giant, said it has court permission to search both phones, however, they are password-protected.

In the meantime, investigators are unsuccessfully trying to "guess" the codes. Complicating matters, NBC says, one of the phones appears to have been shot by the gunman.

Three sailors were killed during the Dec. 6 shooting and were posthumously awarded Wings of Gold for running toward the danger; they ran toward it and "saved lives," the Navy said. The investigation into the shooting has since been considered a terrorism case.

"Even though the shooter is dead," the FBI letter reportedly stated, agents want to search the phones "out of an abundance of caution."

RELATED: 'See you on the other side': Community salutes Mo Haitham one last time

Apple in a statement to NBC News said it has "the greatest respect for law enforcement" and has been working with the government.

"When the FBI requested information from us relating to this case a month ago, we gave them all of the data in our possession and we will continue to support them with the data we have available," Apple stated.

10News requested comment from Apple but has not heard back.

It's not yet known how Apple will respond to the FBI's request, though history may be an indication. The company took a public, pro-security stance in February 2016 by issuing a letter to customers and resisting a court order to create software that would undermine the security features of the iPhone 5c used by the San Bernardino, California, shooter.

Apple said it wouldn't comply anyway: The government's demand to build a "backdoor" for law enforcement to enter a phone "would undermine the very freedoms and liberty our government is meant to protect."

RELATED: Apple, U.S. joust over question: Can you have too much encryption?

"Every American should be greatly concerned about last month’s terrorist attack that killed three brave sailors in Florida. It is unthinkable that any American business would refuse to offer their resources to help get to the bottom of an attack on our nation," the statement reads.

"Fourth Amendment protections don’t apply to dead terrorists. I hope Apple Inc. decides to comply with the FBI as soon as possible and be proactive in the effort to prevent future terrorist attacks."