Burmese pythons are not native to Florida and have devastated the state's native wildlife. 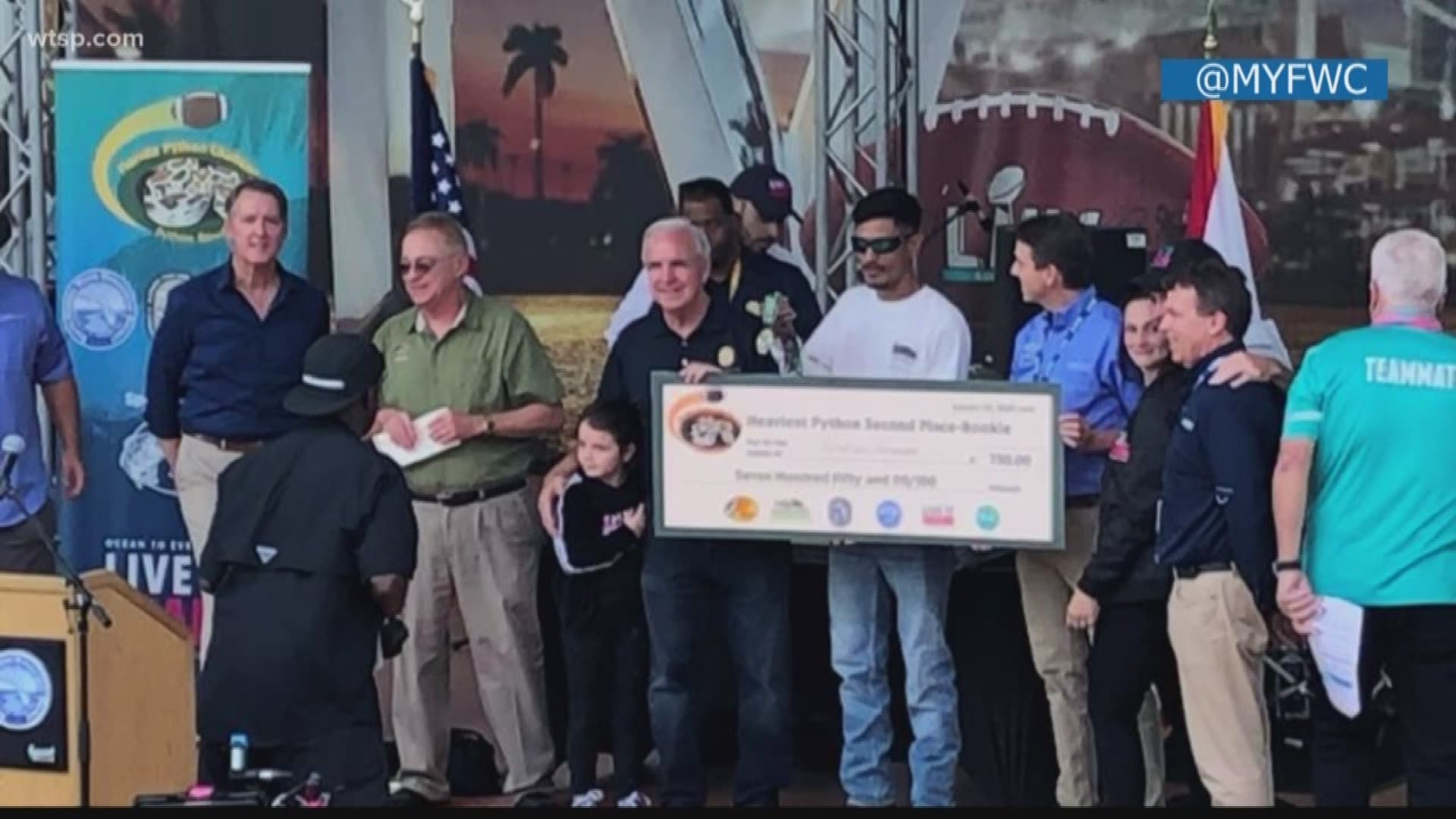 Florida Fish and Wildlife Conservation Commission said 80 pythons were removed from the Everglades. More than 750 people from 20 different states registered to take part in the 10-day long competition.

The competition also turned out some big prizes for the people who had impressive catches. Mike Kimmel was the Pro grand prize winner for catching the most snakes. He took home an ATV for removing eight pythons.

Tom Rahill was the pro grand prize winner for the longest python caught. He won $2,000 for removing a 12-foot, 7.3-inch-long snake. Rahill also took home another $2,000 bucks for the heaviest python. The snake was 62 pounds.

Burmese pythons are not native to Florida and have devastated the state's native wildlife. The snakes eat rabbits and birds and compete for food with other predators like bobcats and Florida panthers.