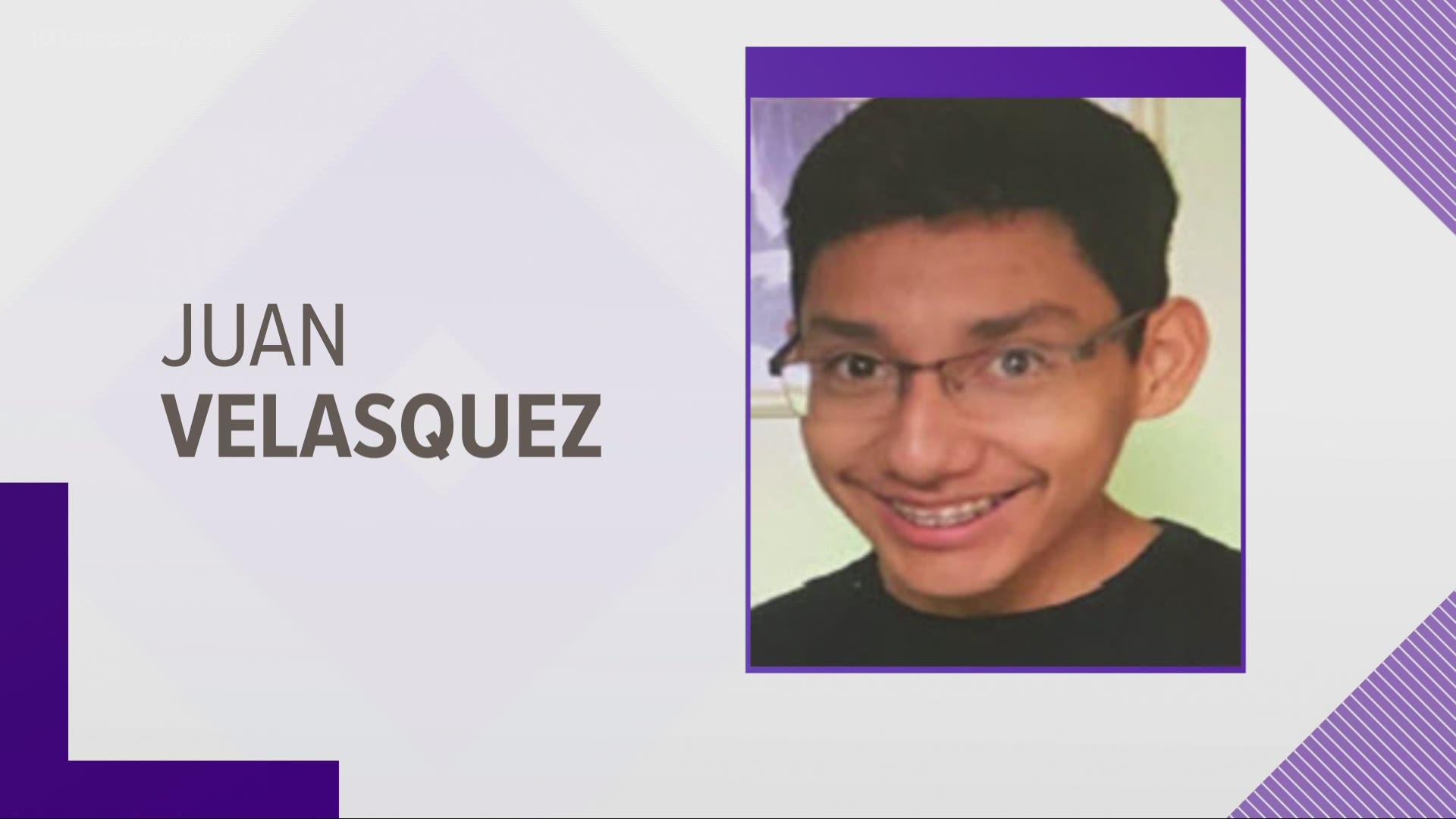 Previous: The Florida Department of Law Enforcement needs your help finding a missing 14-year-old from Miami.

A missing child alert was issued for Juan Velasquez after law enforcement officers say he was last seen in the 15500 Block of Southwest 147 Court in Miami, Florida.

Officials believe he could be traveling in a 2015 white Dodge Journey with a Florida license plate of HJCH61.

Velasquez is described as a white-Hispanic teen with brown hair and brown eyes. Authorities say he is 5-foot-4 and around 120 pounds.

No clothing description was provided.

Anyone with information about his whereabouts is asked to call the Miami-Dade Police Department at 305-471-8477 or 911.