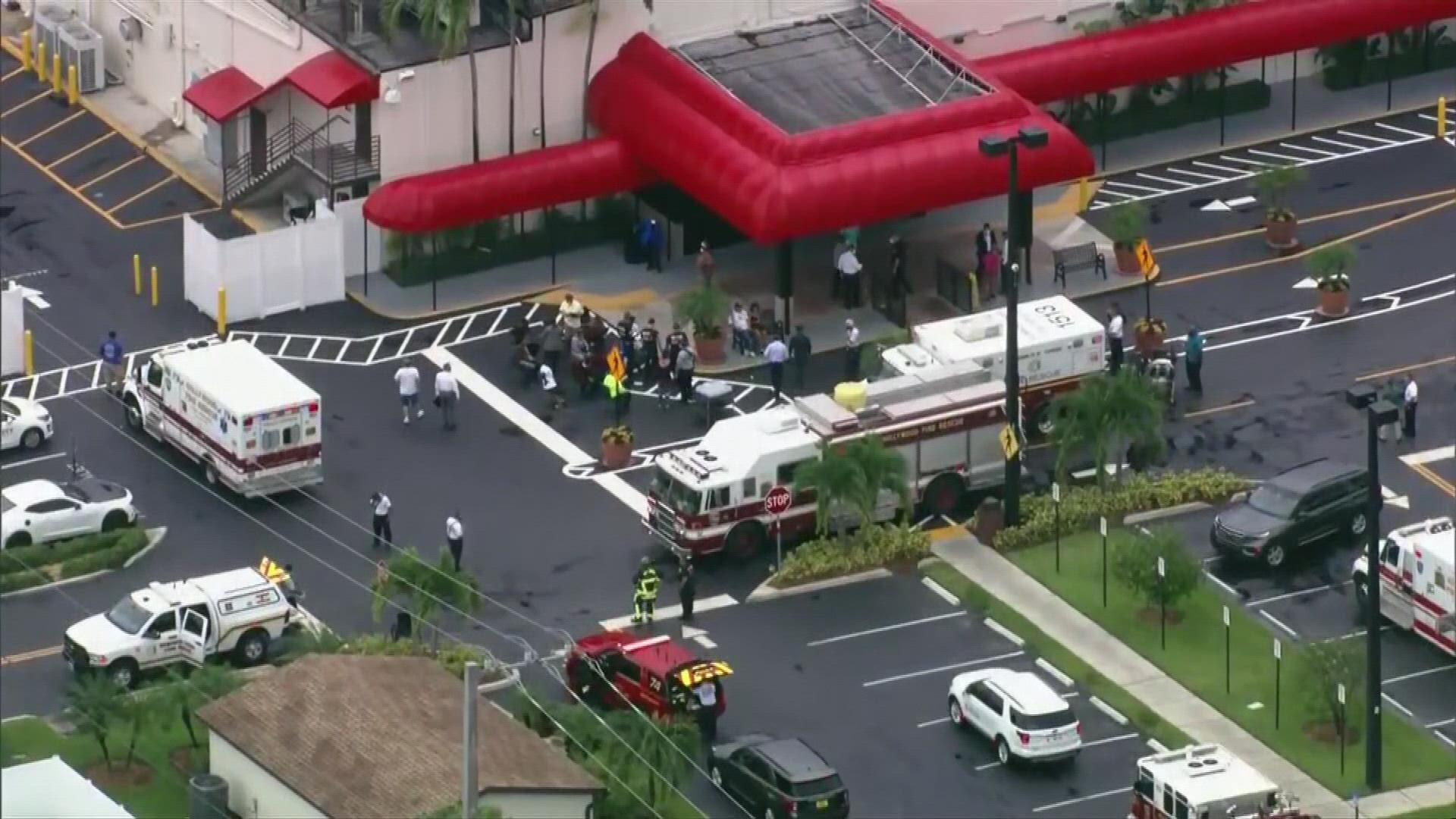 HOLLYWOOD, Fla. — Several people were hurt in an installation accident Monday morning at a casino in South Florida.

Six people were rushed to Memorial Regional Hospital, and 20 others were treated for minor injuries in the parking lot.

According to local television station WSVN, the mishap occurred around 10:30 a.m. while a fire suppression system was being installed in the attic of the Seminole Classic Casino in Hollywood. As crews were working on it, a compression tank reportedly blew, causing drywall to fall.

In total, there were around 100 people in the building when the explosion happened.

LIVE: Hollywood Fire Rescue crews have responded to the Seminole Classic Casino after a piece of equipment fell through the roof and injured several people inside. (Note: No sound from helicopter.)