Many people from Panama City and Mexico Beach lost everything in what is considered the strongest hurricane to ever hit Florida's Panhandle. 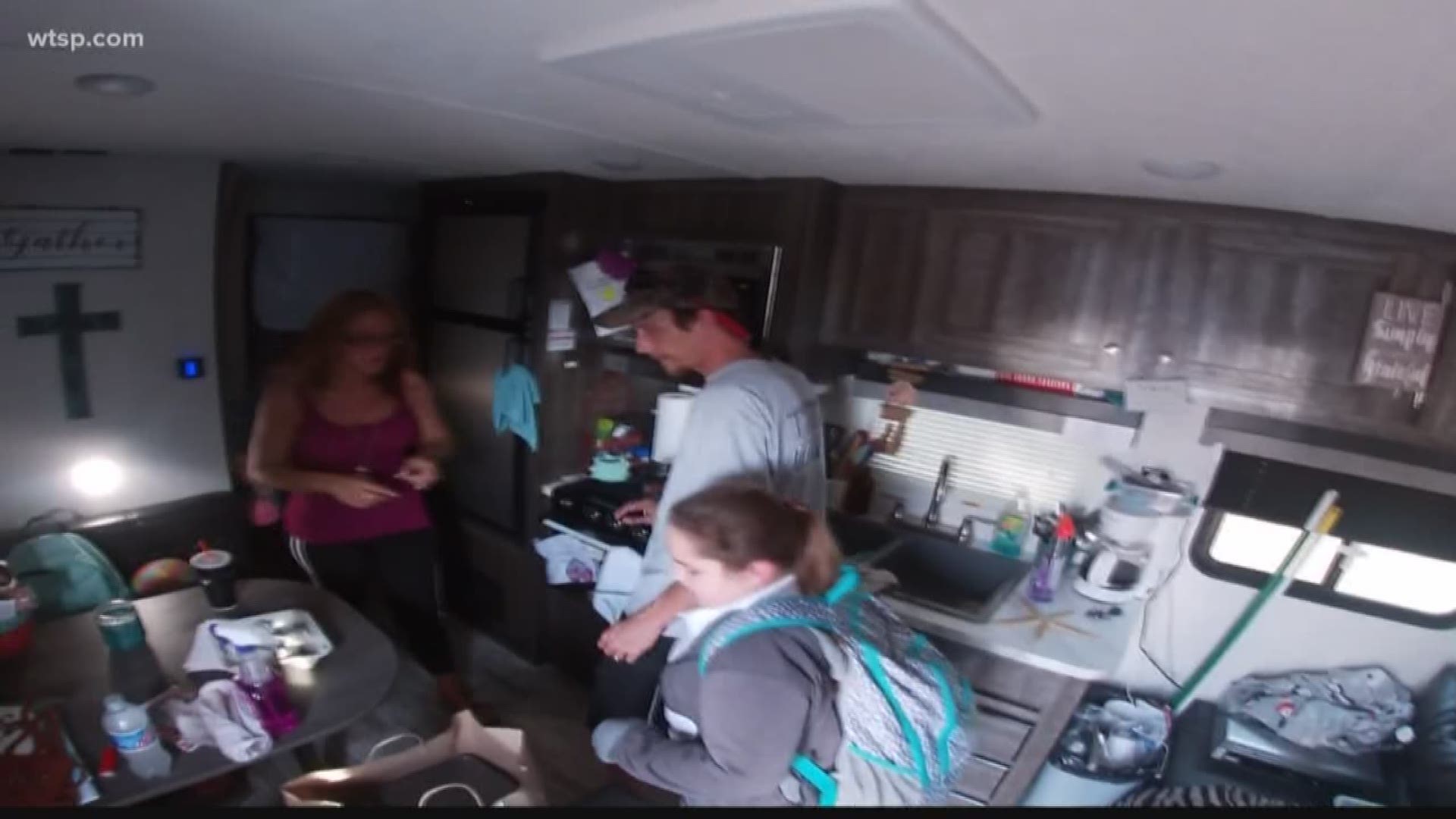 “You look at it when you’re driving down the road and it’s almost like something you see like in a movie,” said longtime resident Chris Brockman.  “It looks like a couple of bombs went off.”

Everywhere you look you’ll see signs of destruction.  Many hotels and restaurants remain closed and entire apartment complexes have been condemned.

“This is where we lived,” said Brockman as he pointed across a chain link fence to his now empty complex. It’s where he and his family rode out Hurricane Michael in October.

“I remember the sound of the back wall and the ceiling coming in,” Chris’ wife Hollie said.  “The whole wall just started shaking and it just sounded like people were on the other side of the wall just trying to get their way into your house. And I’ll never forget that sound.”

The Brockmans say they gathered around the kitchen table and read Bible passages until their building’s roof finally gave way.

“The ceiling came down in our bedrooms and the roof came off, and we didn’t have any shelter,” Brockman said.  “It left us… what are we going to do now?”

Chris and Hollie, their daughters Kaylee and Katie and the family dog Daisey left their thousand-square-foot apartment and are now squeezing into a tiny travel trailer provided by FEMA. Their new home is just 150 square feet for the entire family.

“Trying to stay out of everybody’s way while we’re inside,” Chris said.  “When one person needs to talk in there to go to one side, we have to move out of the way so they can get through.”

The situation is far from ideal, but the family says they feel fortunate to have a roof over their head. Chris says he’s met others still waiting.

“We’ve had people pull up and ask how do we get into these trailers?" he said. "There are so many people still sleeping in their cars and their tents. It’s bad.”

The Brockmans are just one of 46 families living in the temporary housing complex. FEMA is in the process of setting up similar camper communities across Panama City to meet the needs of those who lost everything.

But with so much destruction and so many homes destroyed, housing, especially the affordable kind, is in short supply. Some have been left homeless.

“It makes me want to bring them in here and say hey I don’t have much room man, but shoot, it's better than you sleeping in a car,” Chris said.

For many, Hurricane Michael meant not just the loss of their personal possessions -- it also destroyed entire neighborhoods. Many families lost their support systems of friends and other families who are now scattered across the country. Hollie says her best friend moved down to Sebring.

“For her not to be here now and not to be able to deal with this together, it’s very hard," Hollie said.

FEMA has given the Brockmans 18 months to get back on their feet and find a new place to live. Their temporary home, while short on space, does have running water, sewage, electricity and even a makeshift post office. But finding a new permanent place to live has now become the top priority.

“It makes you want to get down on your knees and beg God to open up a door for you,” Chris said. “Just so you can have something you can call home again. I want that more than anything.”

For now, the family makes due with the space they do have, just grateful to be alive after surviving the strongest storm ever to hit the Florida Panhandle.

“We’re all still together and everybody made it safely through the storm," Chris said. When it comes down to it, that’s what matters.”

Families across the Panhandle want the rest of Florida and the U.S. to remember the disaster of Hurricane Michael is still far from over, and the recovery is just beginning.

“I know there are people from all over the United States who have come and helped and put up powerlines and taken down trees,” Chris said. “We need you guys to come back. We need some help.”

How you can help

A new umbrella organization has been formed to help coordinate the massive recovery efforts locally: The Bay County Long Term Disaster Recovery Organization will use donated funds to help clear debris and repair homes in areas across Panama City and Mexico Beach.

Those wishing to donate can send money to the United Way of Northwest Florida and direct your donation to: B.C.L.T.R.O.

Other Hurricane Michael relief organizations are ranked by Charity Navigator.