Individual school districts will maintain the power to decide whether to require masks for students and staff. 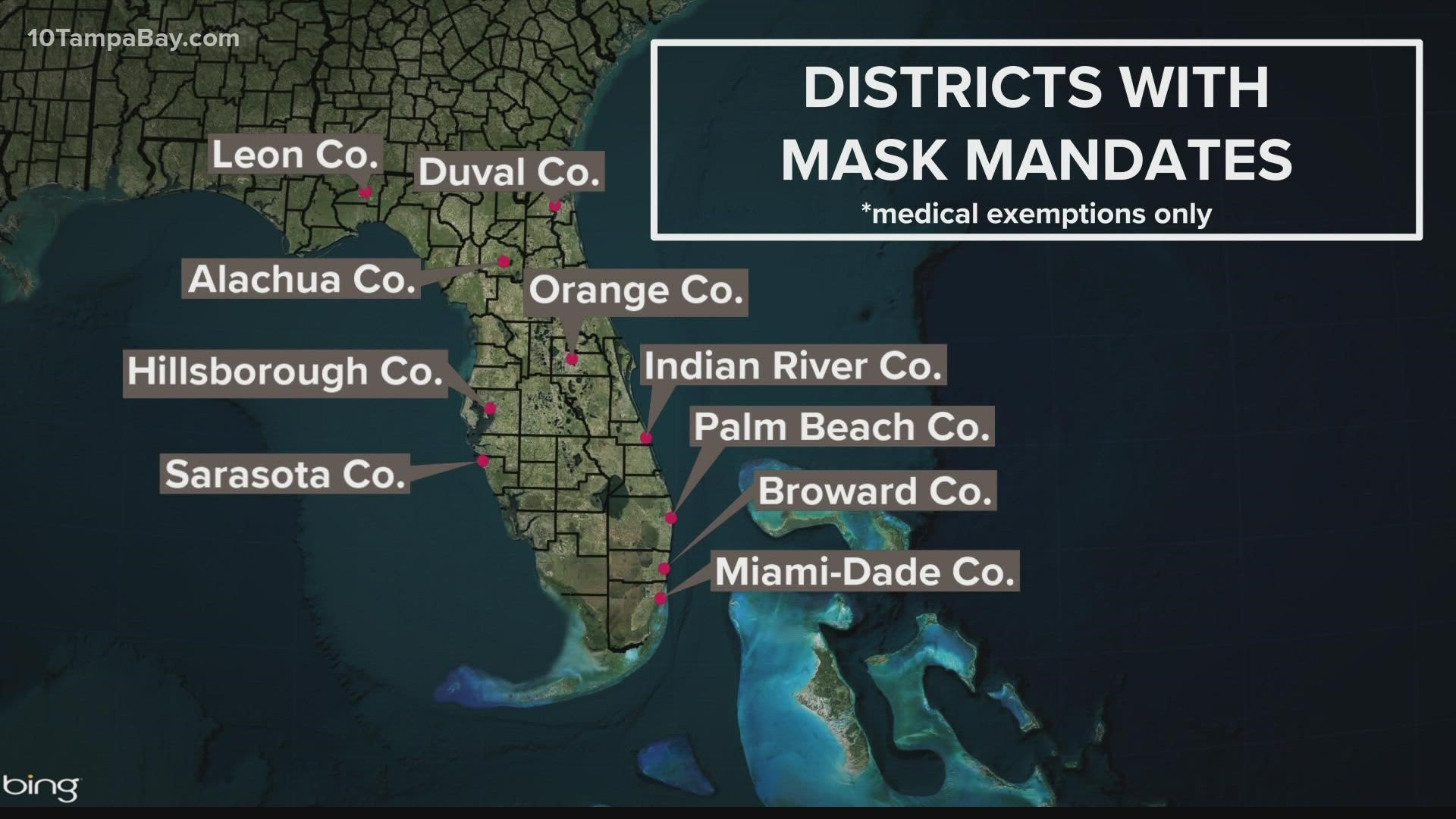 FLORIDA, USA — A judge has ruled in favor of several Tampa Bay-area attorneys and parents who filed a lawsuit challenging Florida Gov. Ron DeSantis’ ban on mask mandates in schools.

This means individual school districts have the power to decide whether to require students and staff to wear masks, without fear of a financial penalty from the state.

The lawsuit, claiming the governor's ban on mandating masks in schools violates the Florida Constitution, was first filed on Aug. 6. It was presented virtually before Florida Judge John Cooper this week after he previously denied the state’s effort to dismiss the lawsuit.

In his ruling, Judge Cooper did not focus on whether he supported mask mandates but rather on which agencies have the power to make decisions about public health.

He did, however, address the scientific evidence presented. Cooper said CDC recommendations on universal indoor masking represent the overwhelming consensus from scientists and medical doctors. In contrast, he added, the evidence submitted by the state — including evidence that masks are harmful to the learning and development of children — reflects a "minority, perhaps even a small minority" of medical and scientific opinion.

The judge focused on which actions were legally permitted in the state, specifically by the Florida Parents' Bill of Rights that DeSantis himself signed into law.

“The school district which adopts a policy such as a mask mandate is acting within discretion given to it by the legislature in the Florida Parents' Bill of Rights, Cooper said.

In other words, the law the governor put in place ended up working against his efforts to block school districts from putting mask mandates in place.

“This power has been given to the school boards by a bill that the governor signed," the judge said, emphasizing that anyone who uses a bill has to follow all of its provisions, not just some of them.

He said the state thought that the Parents' Bill of Rights allowed it to enforce this "blanket prohibition" of masks, but that "the defendants' assertion in this regard is incorrect."

Cooper explained that while Florida law does give parents the right to oversee health issues for their children, it exempts reasonable actions needed to protect public health. According to the judge, this includes a school district's decision to require students and staff to wear masks.

Gov. DeSantis has been firm in his belief that parents, not school districts, should have the decision-making power over whether their kids wear masks in the classroom. A statement from the governor's office said he would immediately appeal the ruling, as it was made with "incoherent justifications, not based in science and facts."

You can read the full statement from a DeSantis spokesperson below.

It’s not surprising that Judge Cooper would rule against parent’s rights and their ability to make the best educational and medical decisions for their family, but instead rule in favor of elected politicians. This ruling was made with incoherent justifications, not based in science and facts – frankly not even remotely focused on the merits of the case presented. We are used to the Leon County Circuit Court not following the law and getting reversed on appeal, which is exactly what happened last year in the school reopening case. We will continue to defend the law and parent’s rights in Florida, and will immediately appeal the ruling to the First District Court of Appeals, where we are confident we will prevail on the merits of the case.

Even before Friday’s ruling, 10 school districts throughout the state, including Hillsborough and Sarasota, had defied the governor's ban on mask mandates by requiring a doctor's note for students wishing to opt-out of their locally-imposed face covering requirements. Manatee also has a mask rule with a parental opt-out.

Following the judge's ruling, Pasco County Schools said the judge's decision would have no immediate impact on its mask-optional policy. The same was true for Polk County, where the district said its school board had not indicated there would be any change.

Pinellas County isn't making any changes, at least for now.

"The district understands that Judge John Cooper generally ruled in favor of the plaintiffs earlier today in the court case in Tallahassee," a Pinellas County Schools spokesperson said. "However, Judge Cooper also stated that the ruling will not be final until it has been entered as a written order, which is expected to take place next week. The school district will review the order once it is issued."

Tampa Bay area Catholic schools are, however, making an immediate adjustment. Effective Aug. 30, Bishop Gregory Parkes says masks will be required for all staff, visitors and students ages 4 and up while indoors on campuses. The new policy means people will have to cover their faces, regardless of their vaccination status or previous opt-out choices. There remains a medical exemption, which must be signed by a licensed health care provider and include an explanation. 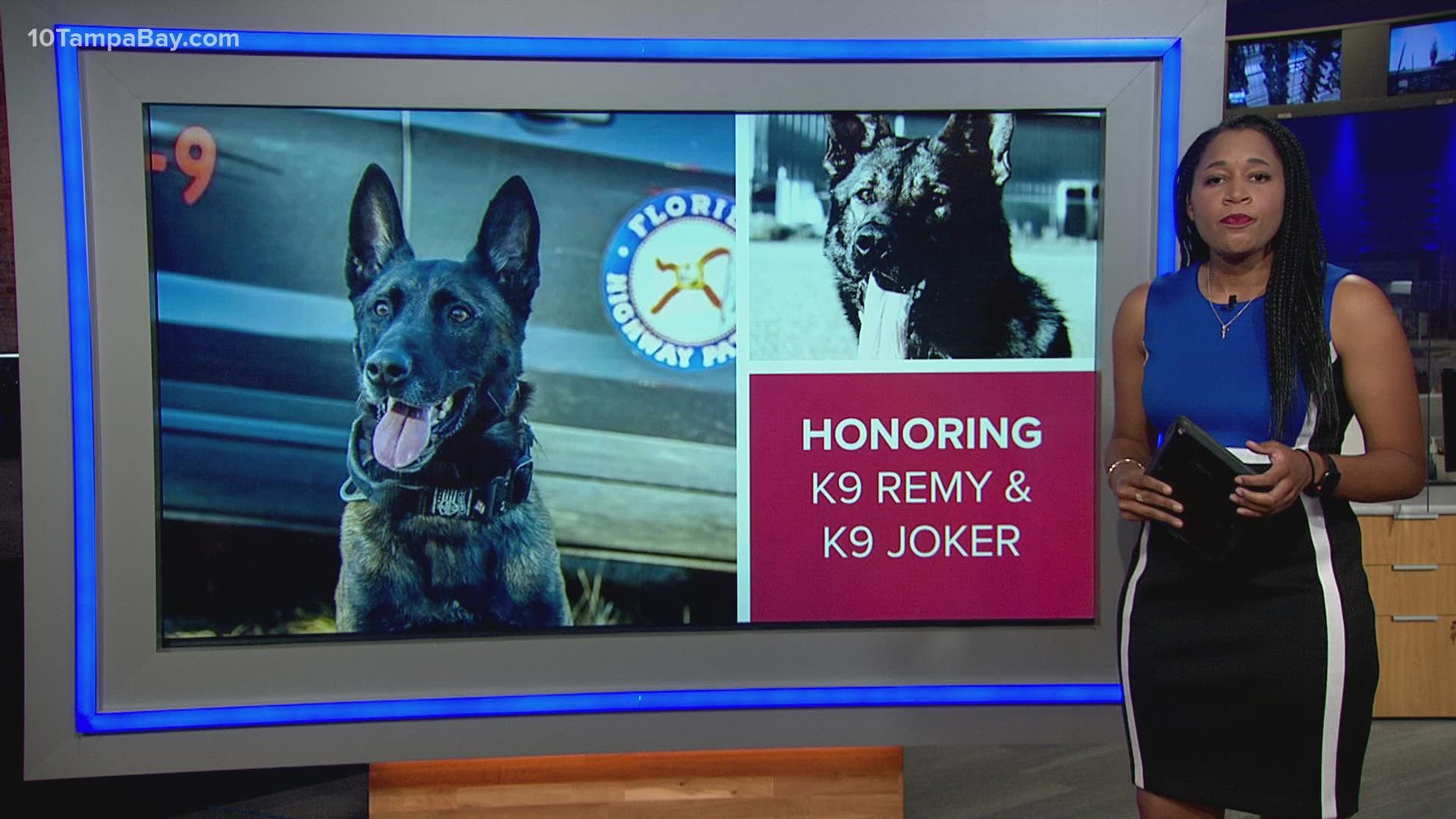