Joseph Corrao was crossing a busy road when he was struck by a pickup truck, according to the Florida Highway Patrol. 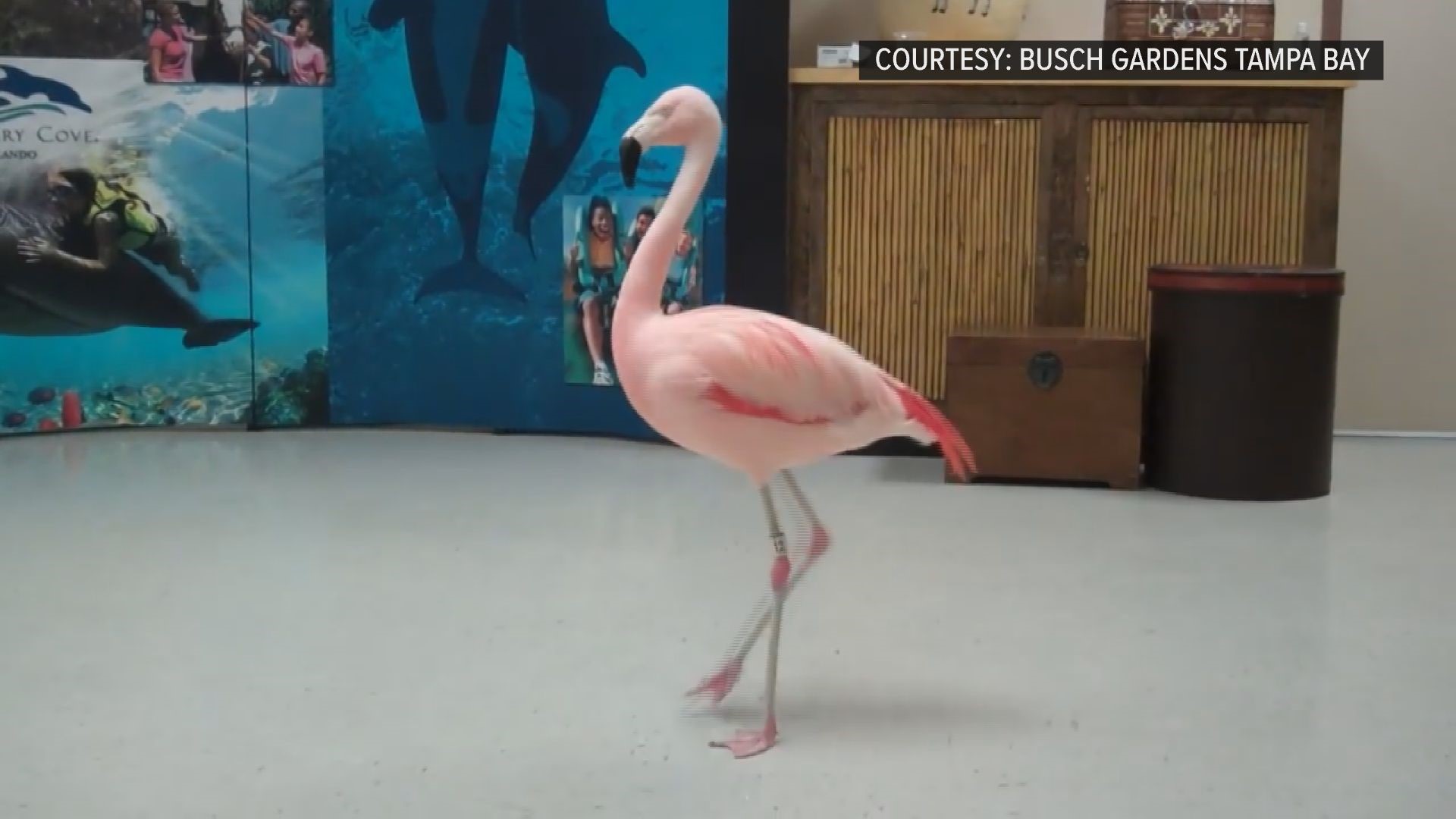 ST. PETERSBURG, Fla. — A man who garnered international outrage after he was accused of killing a popular dancing flamingo named Pinky at Busch Gardens Tampa Bay died earlier this month.

Joseph Corrao, 48, was hit and killed by a pickup truck on June 5 while he crossed a road near his Orlando-area home, according to the Florida Highway Patrol. The crash happened just before 6 a.m. on State Road 50 near Story Partin Road.

The crash report stated a Ford F-150 pickup was heading east and hit Corrao. He was walking along State Road 50.

The truck driver was not hurt.

In August 2016, Corrao allegedly reached into Pinky's pen, grabbed the bird and slammed her down to the ground. The animal's injuries were so severe she had to be euthanized.

Corrao had been visiting Busch Gardens with his family.

Pinky was an internet sensation in 2011 when the park published a video of her dancing the "Flamingo Flamenco." Pinky's dancing was not something learned but natural, her keepers said, because flamingos use their feet to stir up the water beneath them.

Flamingos are filter feeders, and they use their beaks to strain food out of the water.

"Pinky liked to dance and when she was getting the attention she wanted, she would start dancing in circles," then-Busch Gardens' PIO Karen Varga-Sinka said at the time.

"She was the sweetest thing."

Corrao, who previously was arrested on felony animal cruelty charges for shooting his neighbor's two dogs, was found incompetent for trial. He was ordered to undergo in-home competency training and eventually, in March 2019, was found competent.