The identified shooter, Mohammed Saeed Alshamrani, was the only gunman. 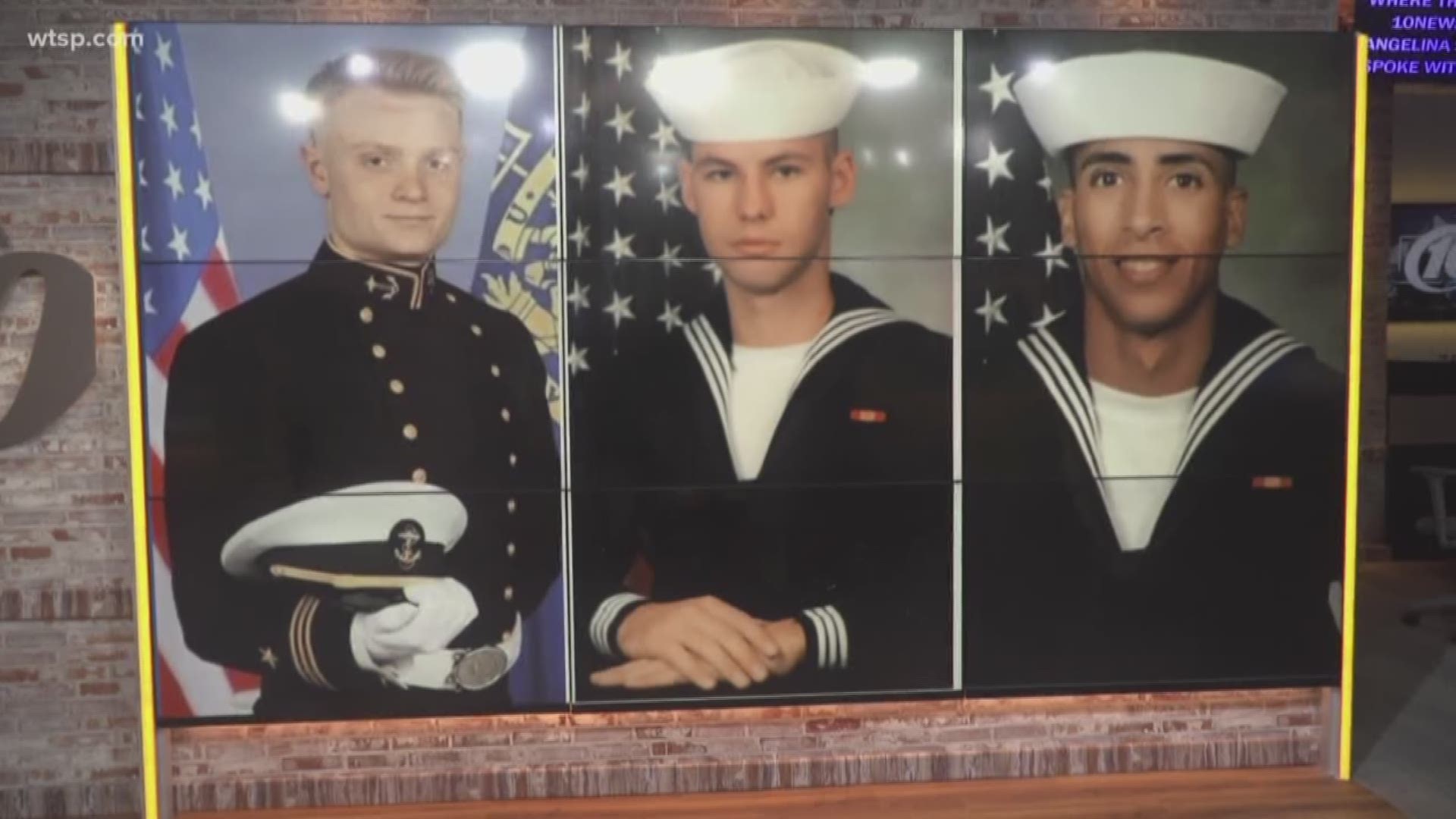 PENSACOLA, Fla. — The FBI is investigating the deadly shooting at the Naval Air Station Pensacola as a terrorism case.

FBI Special Agent Rachel Rojas confirmed during a briefing Sunday the agency is working under the presumption that the Friday shooting was terrorism-related.

The gunman is identified as 21-year-old Mohammed Saeed Alshamrani, a second lieutenant in the Royal Saudi Air Force. Rojas said he was the only shooter, and investigators are working to determine whether he acted alone or if he were working as part of a larger network.

Credit: FBI via AP
This undated photo provided by the FBI shows Mohammed Alshamrani. The Saudi student opened fire inside a classroom at Naval Air Station Pensacola on Friday before one of the deputies killed him.

And, Sen. Lindsey Graham (R-SC) has called for the suspension -- at least temporarily -- of a military program that allows people from Saudi Arabia to be trained in the United States.

“We need to slow this program down and reevaluate," Sen. Graham said.

Florida Rep. Matt Gaetz, whose district includes the base, said the shooting has to inform the country's ongoing relationship with Saudi Arabia, according to the Associated Press.

“We should not be taking new incoming Saudi students until we’re absolutely confident in our vetting process,” Gaetz said.

Right now, more than 850 Saudis are getting training in the U.S. They are not alone. There are more than 5,000 foreign students representing more than 150 countries doing military training on American soil.

"There are a number of Saudi students who were close to the shooter and continue to cooperate in this investigation," Rojas said. "Their Saudi commanding officer has restricted them to base, and the Saudi government has pledged to fully cooperate with our investigation."

Alshamrani legally purchased the gun used in the shooting, a Glock 45 9mm, in Florida, Rojas said. According to NBC News, Alshamrani used a legal loophole to buy the firearm from a Pensacola dealer. As NBC explains, noncitizens with hunting licenses can buy guns, and he reportedly had one. The Navy Times has also confirmed Alshamrani had a hunting license.

Several times during the briefing, Rojas stressed the greater Pensacola community is safe. Designating the shooting as an act of terrorism allows the FBI and its investigators to use "techniques" to quickly identify and possibly eliminate any potential threat, she added.

In the meantime, "Our investigation has not led us to any information that indicates that there is any credible threat to our community," Rojas said.

Their bodies were returned to Naval Air Station Pensacola on Sunday.

Eight people were hurt in the shooting, Rojas said. Earlier media reports made mention of 12 people, including two Escambia County Sheriff's Office deputies who were the first to respond to the Navy base. One was shot in the arm and other in the knee.

All are expected to recover.

Gov. DeSantis said he would visit them at the hospital on Sunday.

The FBI says its work to determine what led up to the shooting and any possible motive will be ongoing "twenty-four seven" and so far, no arrests have been made.

Darlene Superville of the Associated Press contributed to this report.