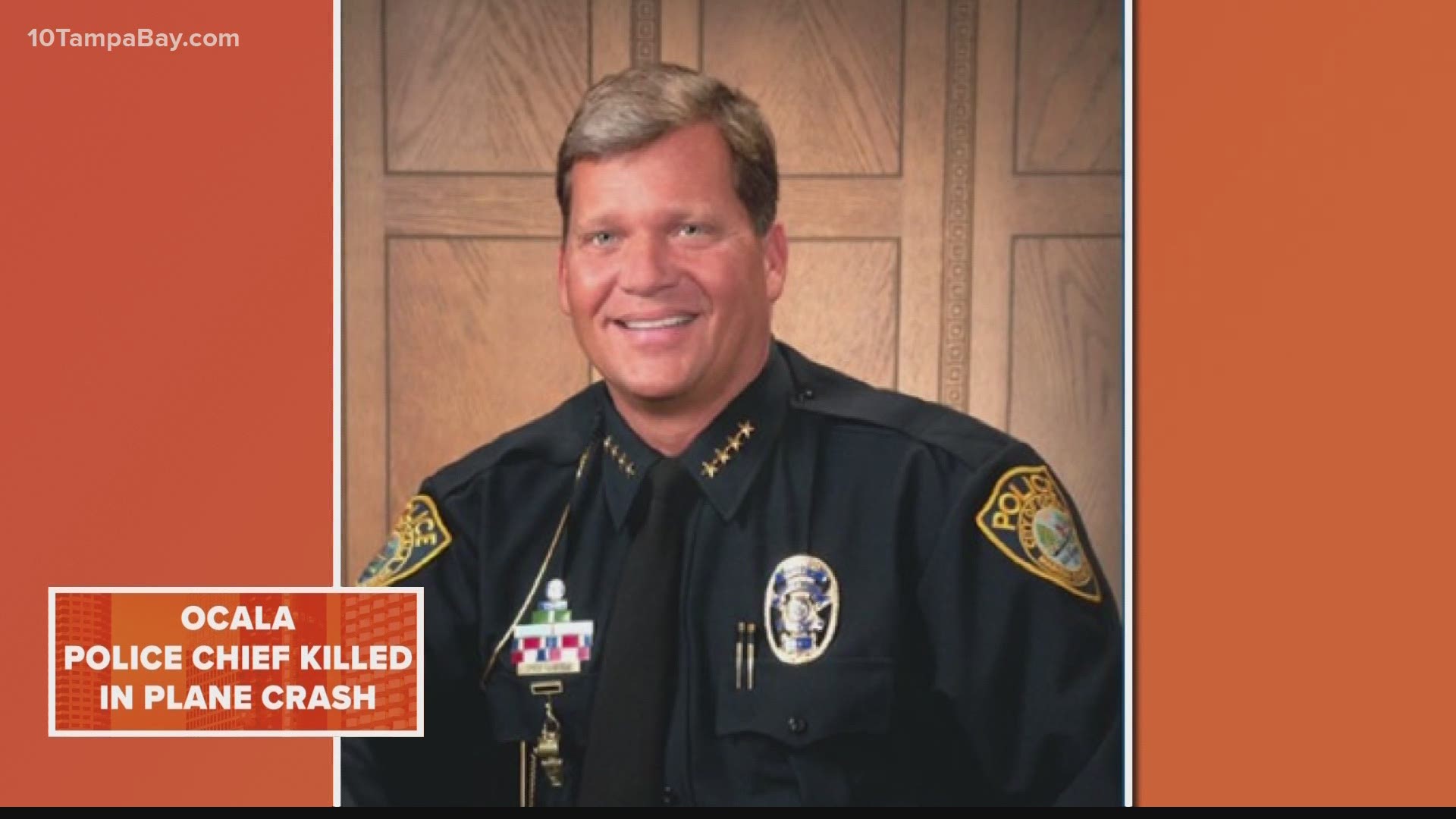 The crash happened around 11:30 a.m. Sunday near Southwest 140th Avenue in Dunnellon near the Marion County Airport.

WKMG in Orlando said the single-engine plane belonged to Chief Greg Graham and he was the only person on board. The Ocala StarBanner said the plane crashed in an open field. The newspaper also reported that Graham had just recently got his pilot's license.

The sheriff's office's Major Crimes detectives are investigating the crash along with officials from the Federal Aviation Administration.

“The family of Chief Greg Graham, Ocala Police Department, Marion County Sheriff’s Office and all who knew Chief Graham experienced a tragedy today,” Sheriff Billy Woods said. “Right now, the focus is to assist his family and his family in blue who are impacted by his sudden and tragic loss.