The company apologized and opened its discount to more people.

BROOKSVILLE, Fla. — We recently told you about a Brooksville veterinarian who said she was denied a Peloton discount for apparently not qualifying as an "actual doctor."

At the time, Peloton told us it recognizes that veterinarians are doctors, too, and values their work. In a statement, the company apologized for the initial oversight and vowed to look into the situation.

Apparently, it has now done so and reached a decision.

"We're excited to announce that veterinarians and veterinary assistants now have access to Peloton's special pricing for healthcare workers," Peloton wrote Thursday in an Instagram post. "We so value the doctors who take care of our Peloton pets, and we look forward to welcoming them to the Peloton family."

Nearly 40,000 people "liked" the Instagram announcement within the first few hours of it being posted.

A Brooksville veterinarian says she was denied a discount with Peloton for apparently not qualifying as an "actual doctor."

Dr. Meleah McMillen, a veterinarian who owns two animal clinics, told 10 Tampa Bay about her experience with trying to receive a discount with the popular fitness company.

McMillen said her physical health is important for her line of work, especially with having to take care of larger animals. She explained the treadmill would be able to help with keeping her health in check.

After ordering a treadmill from Peloton, her sister, who is a pediatric dentist, told her about the discount doctors, healthcare workers and other people in the health industry can receive.

McMillen explained while the machine was in transit, she decided to try to apply for the discount.

While talking with 10 Tampa Bay, she says she "[realizes] now after the fact [she] wouldn't qualify for the all-access membership discount because of [a rule] that doesn't allow a discount if you own the treadmill."

She said no one over the phone working for Peloton informed her of this information but just continued to deny the discount based on the reasoning she wasn't considered an "actual doctor."

McMillen says she was denied the discount two times through an instant messaging portal. So, she says she decided to call customer service to figure out what was happening.

"I thought I put my credentials in the wrong because I sent them pictures of my licensing and everything," she said.

But she says she was told wrong credentials weren't the problem.

According to McMillen, the customer service worker went on to tell her that specialists such as a cardiologist, anesthesiologist and dermatologist qualify for the discount.

"Well I am those things," she explained. "As a general practice veterinarian, you are everything all in one."

According to an email, pharmacists, hearing technologists, and clerical and administrative support professionals in the medical field also qualify.

Finally, McMillen says the worker told her the discount just did not apply to veterinarians at all. She says she was told Peloton was referring to "actual human doctors."

McMillen explained this experience made her emotional, but she continued to ask for other discounts she would be qualified for.

McMillen explained she asked if she could qualify as an educator and a first-responder because of her role in the community with different positions she takes on. But, she says she only received the same answer as before, "I'm sorry, this discount is only for physicians".

The customer service worker, McMillen says, told her other veterinarians have been denied this discount before for the same reasoning.

An Oct. 11 Peloton email said she didn't qualify for the discount.

"I feel rejection every day as a veterinarian with being told [I'm] not a real doctor and [I'm] just a vet," she explained. "[This situation] was one of those moments where I felt rejection. I felt emotionally our industry wasn't understood, that we were discredited. I just felt like we were dismissed in the medical community as physicians of animals."

After being denied, McMillen said she replied to the Peloton email but did not receive a response.

The company did, however, respond to 10 Tampa Bay.

"Veterinarians are doctors, too, and Peloton values the important work vets and their teams do for our animal friends. We sincerely apologize for the initial oversight and are looking into this," Peloton wrote in a statement.

McMillen says it was "very emotionally saddening for [the] industry" to hear about other veterinarians turned away for the same reasons and no one saying anything against it.

"I feel that being dismissed as veterinarians, the crippling debt and the emotional toll it takes from constantly being dismissed and not knowing how to pay off your loans, while also trying to meet to meet the public standard of [what true doctors are] is part of the reason we can't pay off debt," she explained, saying veterinarians are paid less than "actual doctors."

McMillen says lawyers have been reaching out to her, offering to represent her for free. But, she says that is not what she wants.

Rather, she wants to bring awareness to veterinarians and greater understanding to her profession. 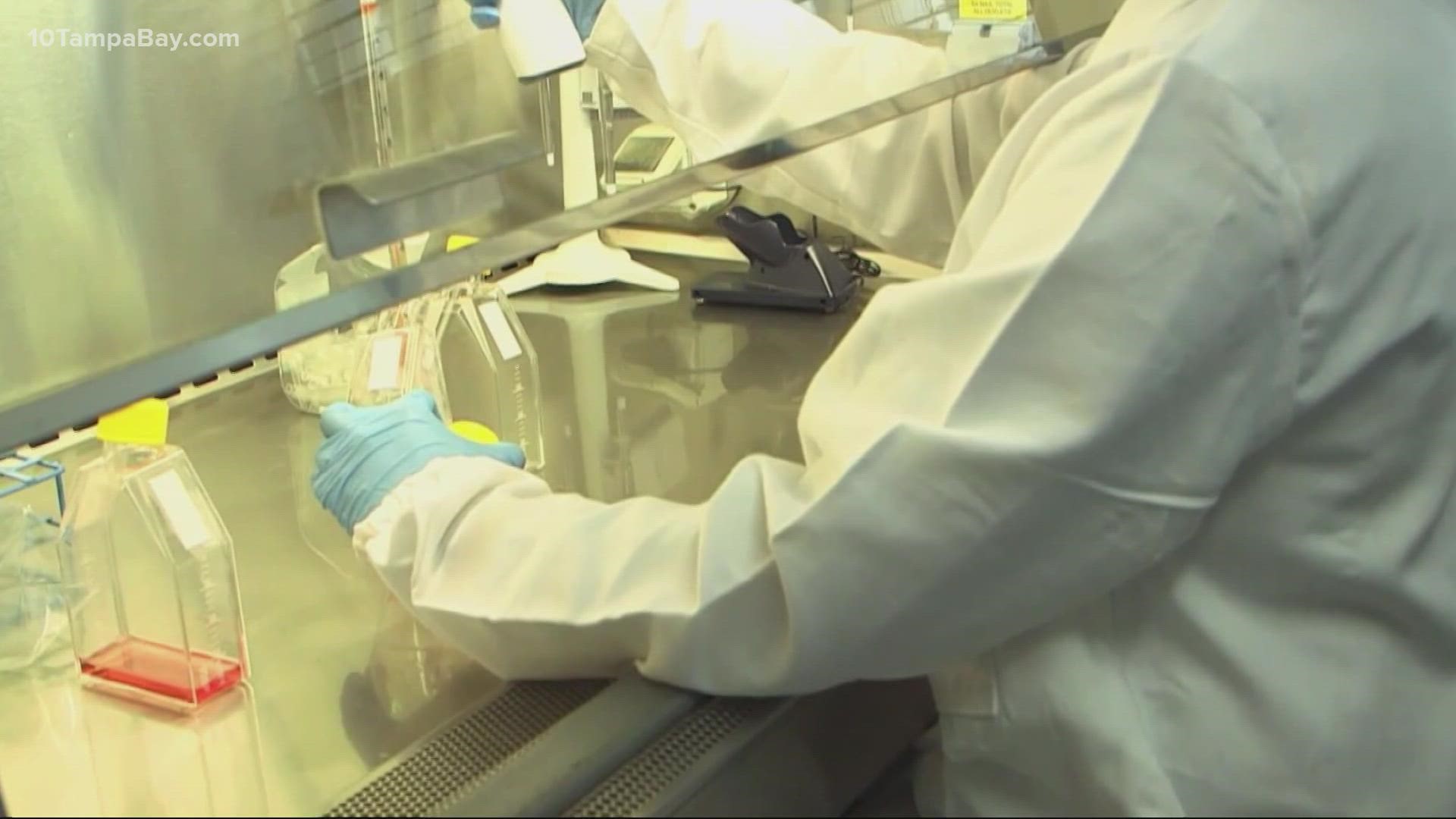