After each chime of the bell, the name of a person killed was read aloud. 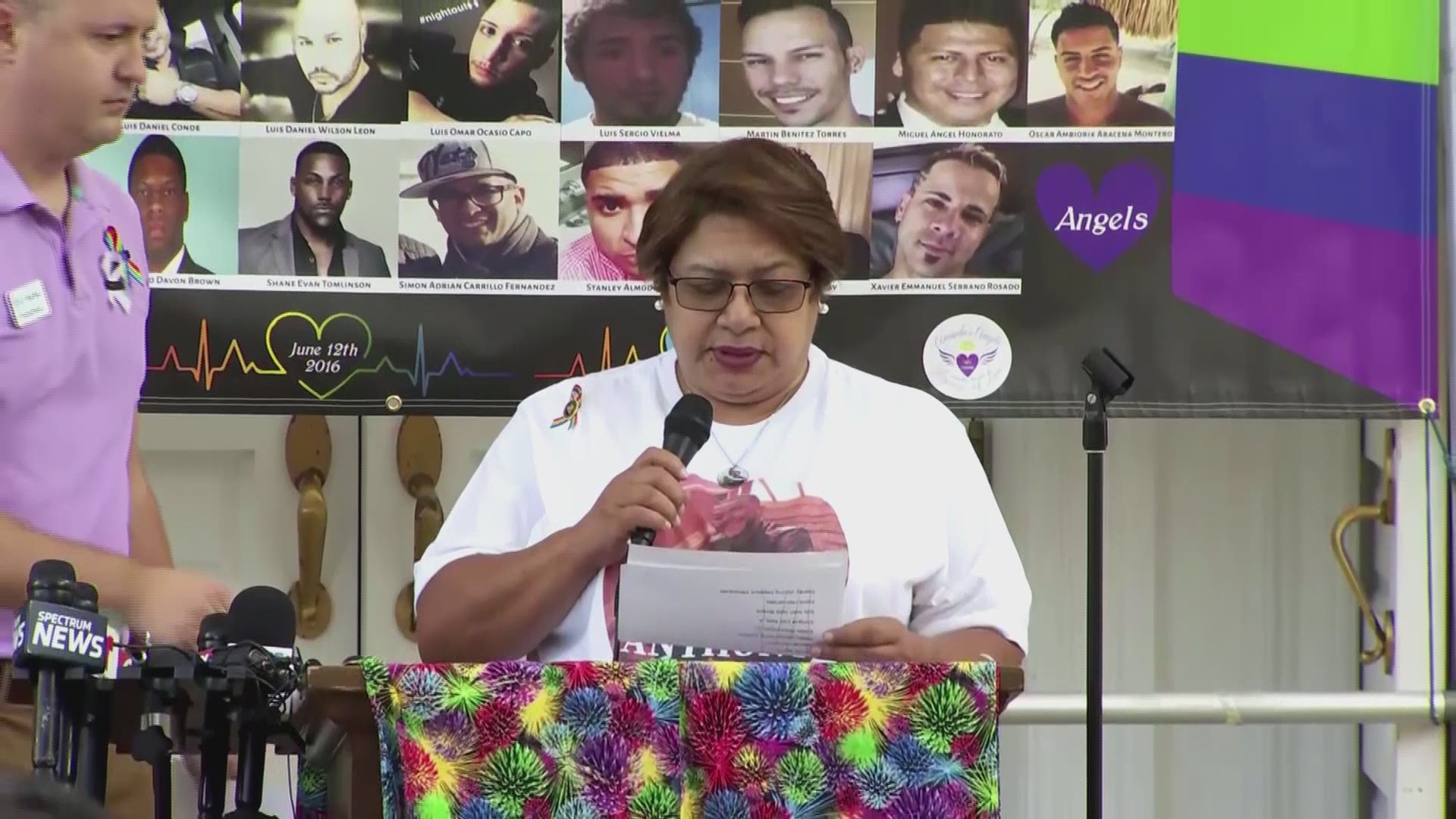 ORLANDO, Fla. — The names of the 49 people killed during the 2016 shooting at Pulse nightclub were read one-by-one Saturday at a ceremony in Orlando.

A bell toll separated each name read aloud by some of the family members of those killed at a ceremony the First United Methodist Church of Orlando, the Orlando Sentinel said.

Other churches and businesses were able to join in unison virtually as part of the 49 Bells movement hosted by the OneOrlando Alliance, WKMG said.

It’s been 5 years since 49 people were shot and killed at the Pulse nightclub in Orlando. 53 other people were hurt before police were able to kill the shooter.

Pulse, a gay nightclub, was hosting a Latin night on June 12, 2016. Many of those killed or injured were Latino. It also happened in the middle of PRIDE month, a celebration of the LGBTQIA+ community.

The names of the 49 people killed are:

On Saturday, President Joe Biden said he would sign a bill to designate the former Pulse nightclub as a national memorial.

RELATED: 'I wanted to pay it forward': Pulse tragedy pushes survivor to pursue her passion as an EMT