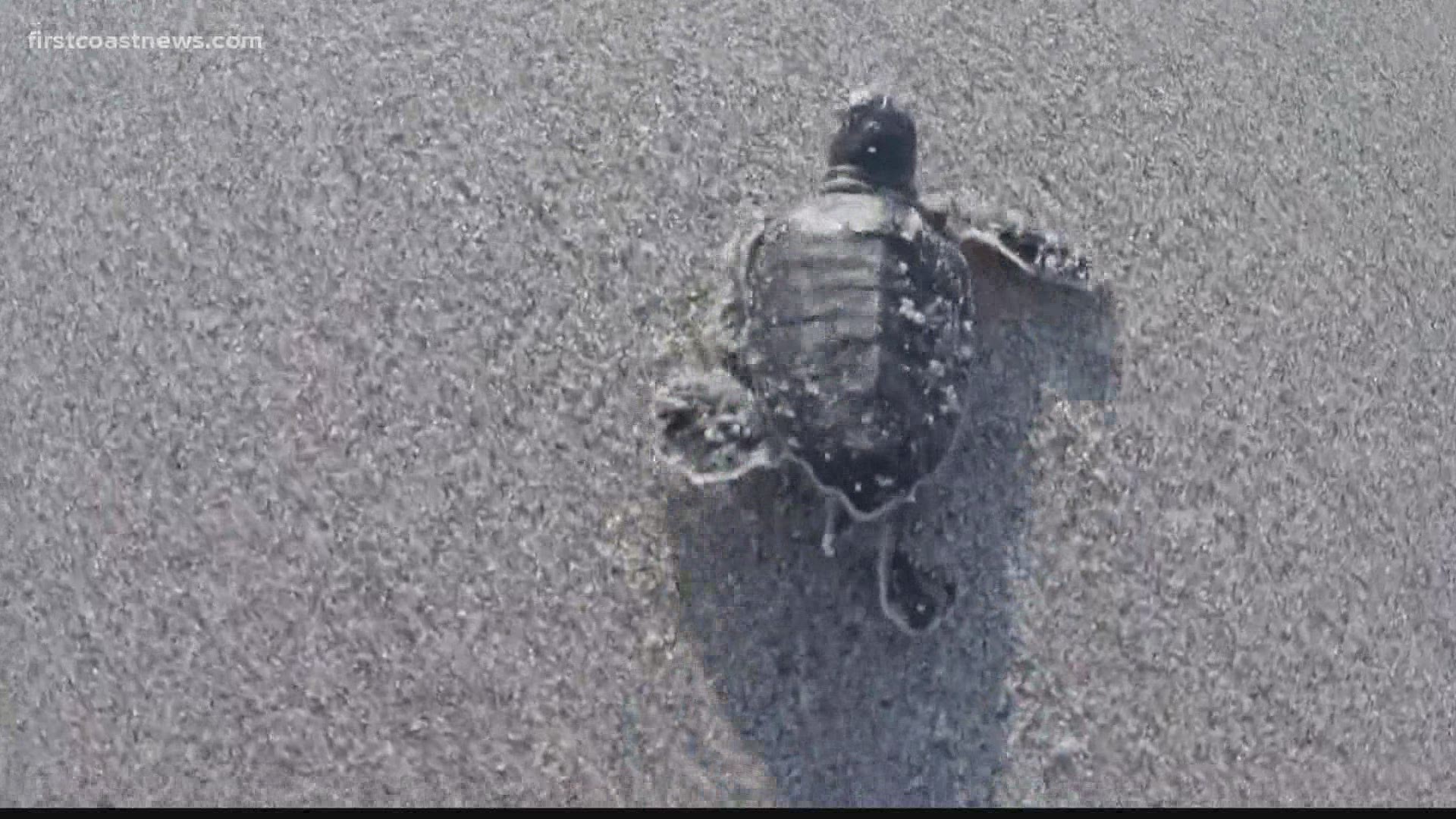 JUNO BEACH, Fla. — While the humans are away, the sea turtles come out to nest.

Researchers with the Loggerhead Marinelife Center in Juno Beach, one of the most densely nested beaches in the world, say 2020 is "going to be a really good year" for the sea turtles that nest there.

As of April 18, the center's team noted 79 sea turtle nests along the 9.5-mile stretch of beach -- 76 leatherback nests and three loggerhead nests. Sarah Hirsch, senior manager of research and data at the center, said that number is a significant increase from the same period last year.

"Our leatherbacks are coming in strong this year," Hirsch told WPEC in West Palm Beach.

Leatherback turtles are the largest on Earth and are the only turtles that don't have a hard shell on their backs. They're listed as endangered under the Endangered Species Act. Loggerhead turtles are also endangered but are the most abundant species of sea turtle in the Atlantic Ocean.

Nesting season runs March through October. Hirsch told the outlet that the center is not as worried about humans disturbing the nests because the shorelines have been closed due to the COVID-19 pandemic.

And, Hirsch said sea turtles are mating closer to the shore near the surface of the water.

"Our world has changed, but these turtles have been doing this for millions of years and it's just reassuring and gives us hope that the world is still going on," she said.

The center said manatees in the area are also doing well with boating-related deaths down eight percent from this time last year.

RELATED: The Florida Aquarium makes another historic breakthrough that could save coral reefs

The Phuket Marine Biological Center said it found 11 nests since November, which is the highest number in 20 years. And, staff at a national park in the Phanga Nga province found 84 hatchlings at the end of March.

Here in the Tampa Bay area, marine biologists are hopeful after spotting a nest earlier this week and seeing signs that more turtles are coming.

Despite beach closures, MOTE Senior Biologist Melissa Bernhard is still walking the beaches, and so are MOTE volunteers. MOTE's surveys of the beach conditions are considered essential for monitoring the endangered species.

“Fortunately, we have a pretty isolated activity," Bernhard said. "We’re not hanging out in large groups on the beaches as part of our patrol so we’re staying in small groups. We are carrying our protective masks and wearing them if needed, wiping things down that other people might be touching.”

She’s not sure that the turtles are aware that people have been staying away from the beaches, but there could be some positives from social distancing.

“If there are fewer people on the beach at night, there’s probably going to be fewer interactions with our nesting turtles,” Bernhard said. “We’re potentially going to see false crawls.”

False crawls are when a turtle goes to nest on the beach but either runs into an object or the conditions are otherwise not right to lay eggs. Bernhard says she saw signs of a false crawl on Tuesday, so it’s a good sign that the female turtles are ready to nest.