From roads to climate resiliency, Transportation Secretary Pete Buttigieg talks about what the $2 Trillion American Jobs Plan would mean for Floridians. 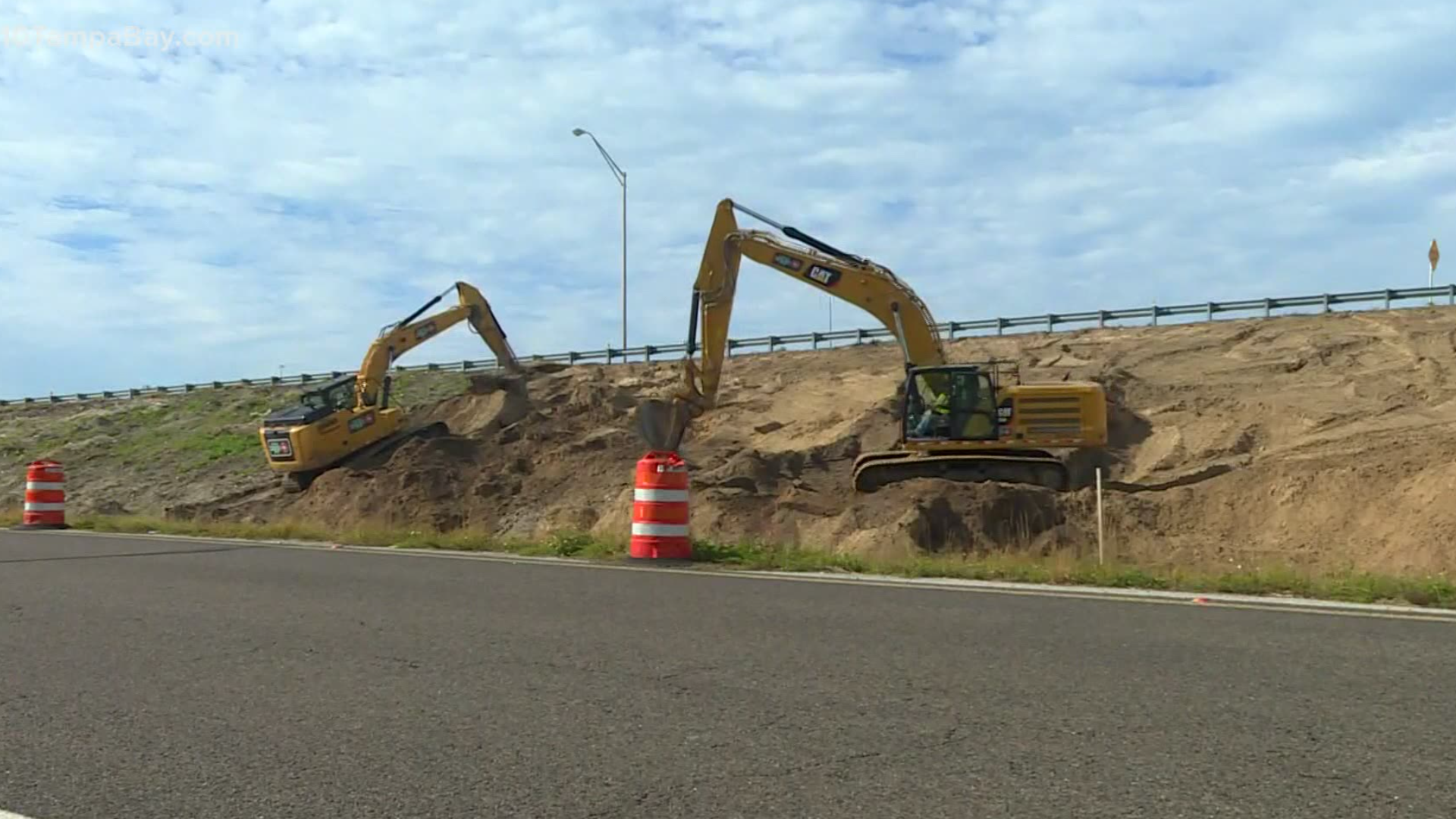 Whether it's sitting in traffic, concerns about sea levels or wondering whether there will be enough jobs in the community, we all have something that's on our list to help make the community better.

It just gave Florida a 'C' on its Infrastructure report card. That grade comes because of roads and bridges that need repair, a need for greater protection from storms, and more opportunities for jobs.

That's why the Biden administration is asking Congress for more than $2 trillion to make improvements.

Transportation Secretary Pete Buttigieg talked with Brightside’s Sarah Rosario about what this plan means for the Tampa Bay area.

"We need to make sure that people are able to get around in a way that is best for them. Sometimes that might be in a car on a road. Sometimes that might be on public transportation," Buttigieg said. The Transportation Secretary says the American Jobs Plan isn't just about fixing the more than 400 bridges and 3,500 miles of highway that The White House says are in poor condition. He says this is about overhauling the way we think about getting around.

"We’ve learned a lot about transportation since the 1950s which is the last time that we took a big step here, especially when you consider climate change, the need for resilience, we’ve just got to be thinking about the future instead of the past," Buttigieg said.

Those projects will create jobs and modernize transportation.

“We have to have equity in mind.” He added, “Even the simplest thing like where we put a road has deep moral implications if we get it wrong.”

Part of the plan would also make $100 billion worth of improvements to broadband. According to the White House, more than 50 percent of Floridians live where there's only one internet provider. The limits of that connectivity have been evident during the pandemic.

Our Bay area waterways also keep us connected, a $50 billion dollar part of our economy. But with storms and sea-level rise, Floridians need money to protect themselves and their property. The President is calling on Congress to approve $50 billion to improve resiliency and help with disaster recovery.

"I know that Floridians have been impacted by everything from sea level rise to the increase in the frequency of storms. This contains investments to stop climate from getting worse, and to deal with the changes that we’re already seeing because we have to face the fact that what made sense a hundred years ago might not make sense in today’s climate," Buttigieg said.

As for a timeline for revamping the country’s infrastructure, the Biden Administration is hoping Congress will make moves on this American Jobs Plan by Memorial Day so that it can be in place for the next fiscal year that starts in September. Republicans say there are some things that aren't related to infrastructure that they're not sure belong in the plan, and there are concerns about how to pay for it including eliminating corporate tax breaks.

Secretary Buttigieg says some of the so-called shovel-ready projects could happen as soon as the plan is approved, while others will take longer.