Police say they learned Stacy boarded a flight from Nashville to Orlando to turn himself in. 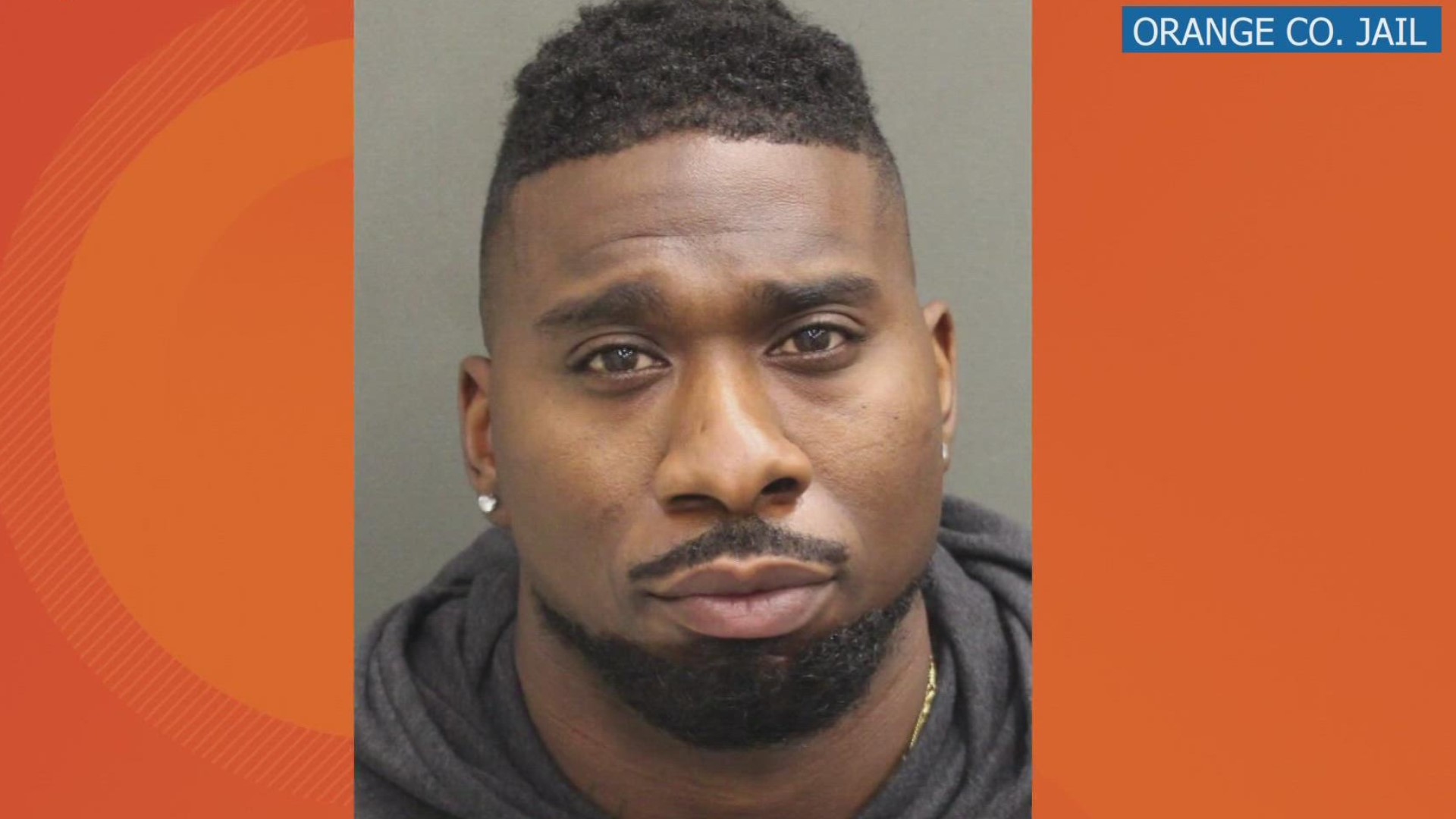 TAMPA, Fla. — Update: Kristin Evans, the girlfriend of ex-NFL player Zac Stacy, spoke through a publicist about being assaulted inside her Florida home. 10 Tampa Bay does not typically identify survivors in stories that reference video or allegations of domestic abuse. In this case, we are doing so because Ms. Evans has publicly identified herself through a spokesperson.

Her comments can be read in the story below.

Former NFL running back Zac Stacy, who briefly played for the Jets and Rams, is behind bars on aggravated battery and criminal mischief charges.

Jail records show he was arrested in Orlando days after TMZ published a video it said showed him attacking the mother of his child in front of their baby son.

Police in Oakland, Florida — a town located just west of the Orlando area — said they learned Stacy boarded a flight Thursday evening from Nashville to Orlando with the intention of turning himself in, according to a news release. The department called Orlando police, whose officers took him into custody when his flight arrived.

Earlier Thursday, police said they were actively working to find him while a warrant was signed for his arrest.

In the video TMZ published, Stacy appears to hit his ex-girlfriend as she begs him to stop. The footage was taken inside what TMZ says is his ex-girlfriend's home near Orlando. It seems to show 30-year-old Stacy grab her off a couch and slam the woman into a flat-screen TV, which proceeds to tumble down onto her as she is on the ground.

According to law enforcement, it happened in Orange County, Florida.

The Oakland Police Department said its officers responded to a domestic disturbance around 2:30 p.m. on Nov. 13. The agency said police were at the home within two minutes and identified Stacy as the suspect.

In an affidavit obtained by 10 Tampa Bay, investigators describe finding a remote broken on the floor and food spilled all over the living room. The baby's bouncy chair was discovered knocked over and broken, authorities added.

According to the affidavit, the ex-girlfriend was allowing Stacy to visit that afternoon as an olive branch during their mediation. They were eating a late breakfast around 2:20 p.m. when an argument began, the affidavit said.

It was then that Stacy picked her up like a "rag doll" and threw her against the 65-inch TV, according to authorities. When he was done, investigators say he walked out the front door. She called 911. She was later treated at the hospital.

The woman filed a protective order on Nov. 15. It was signed by a judge the following day with the intention of having it served to Stacy.

Since then, the woman has publicly identified herself. Kristin Evans, through a publicist, said Stacy brutally assaulted her inside her home – doing so in front of their 5-month-old son while her 12-year-old daughter was in a nearby bedroom.

An arrest warrant for Stacy was signed Wednesday.

"Our safety is the number one concern right now," Evans wrote. "After a terrifying experience, I am grateful that Zac Stacy is currently in police custody. At present, I have filed a restraining order and plan on filing a civil complaint."

According to law enforcement records, there were at least two prior incidents at Evans' address. Police say they were dispatched for an argument on Aug. 16 and again on Sept. 26 for a report of possible domestic violence. According to an affidavit, charges were forwarded to the state attorney's office for the September situation.

If you or someone you know is experiencing domestic violence, support is out there. Reach out to the Domestic Violence Hotline at 1-800-799-SAFE (7233).

Green Bay Packers wide receiver Davante Adams vowed not to retweet the video of the apparent domestic abuse, but he did not mince words about what he said should happen to Stacy.

"ZAC STACY NEED TO BE THROWN UNDER THE JAIL," Adams tweeted Thursday. "Any man that puts his hands on a woman is a coward. Can’t believe what I just saw."

"Crazy to play w someone for a couple years & you have no idea what kind of bulls--t they do at home," Long wrote on Twitter.

Editor's Note: 10 Tampa Bay does not typically identify survivors in stories that reference video or allegations of domestic abuse. In this case, we are doing so because Ms. Evans has publicly identified herself through a spokesperson.

Read the warrant below. Click here if you're having trouble viewing it.