Former Green Beret turned playwright Scott Mann has brought the battlefield to the stage in "Last Out: Elegy of a Green Beret." 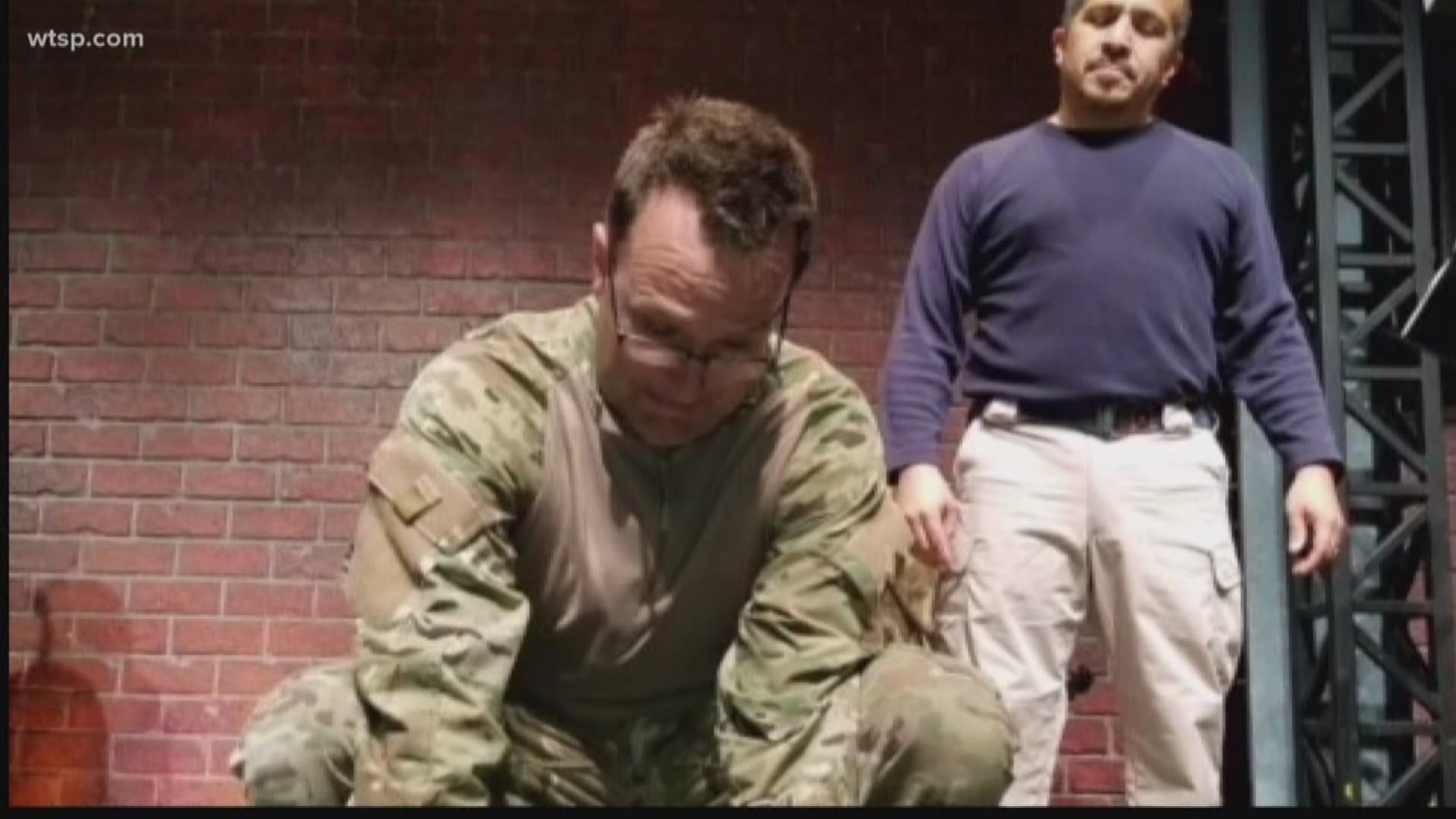 SARASOTA, Fla. - We often see soldiers heading off to combat, but what happens to the families of those who never return home? Or those who do come back but are haunted by their combat experiences?

Former Green Beret turned playwright Scott Mann has brought the battlefield to the stage in “Last Out: Elegy of a Green Beret.”

“I’m using the stage to help veterans and families let go of the pain of war,” he said.

Friday was his first stage read at Florida Studio Theatre in Sarasota. This new front line proved to be just as intimidating as the ones in the desert of Afghanistan or Iraq.

“Friday night I want out as scared as in some of my missions breathing shallow, heart rate up," he said. "I didn’t want to fail them. I didn’t’ want to fail the men and women who didn’t come as I tell their story.”

The 23-year Army veteran spent 17 of those years fighting the War on Terror.

The father of 3 estimates he spent a total of 4-5 years away from home.

Mann lost 23 friends in battle. He keeps a piece of granite from the Pentagon near the stairwell where his best friend Cliff was killed on Sept. 11, 2001. Scott also keeps a piece of metal from his first kill in the war.

“This is the first piece of payback for my friend being killed," he said.

Mann spent the first 10 years of the War on Terror avenging the death of his friend. He has focused the last seven on the bigger picture.

“We have to fight as warriors and those kills haunt us but if we do it for vengeance only it’ll chew you up," he said. "It took me 10 years to figure that out."

Mann takes some of his experiences and those of his late friends and shares them through the character of Danny Patton, which he plays.

The play opens with Danny killed in Afghanistan.

“He finds himself stranded between his own fire base and his living room that’s the set," Mann said. "He’s in purgatory, needs to find a way to Valhalla the resting place for warriors. He’s stuck. He realizes he can’t let go of the war."

Danny’s best friend comes from Valhalla and has him revisit his life, including his wife, son and the elders of the tribes in Afghanistan.

“Really see the cost, the pain, the guilt, the impact there was not on just Danny but his entire family,” he said.

Going on the road

Mann starts putting the 1 hour, 10 minute play together next month. He’s looking for veterans to be a part of it.

He has a short time to make the audience understand the true cost of war and help a veteran connect and begin letting go of their pain.

“Whoever it is they all have to have lived through the pain,” he said.

Scott plans to take the play across the country next year in front of civilians and military personnel.