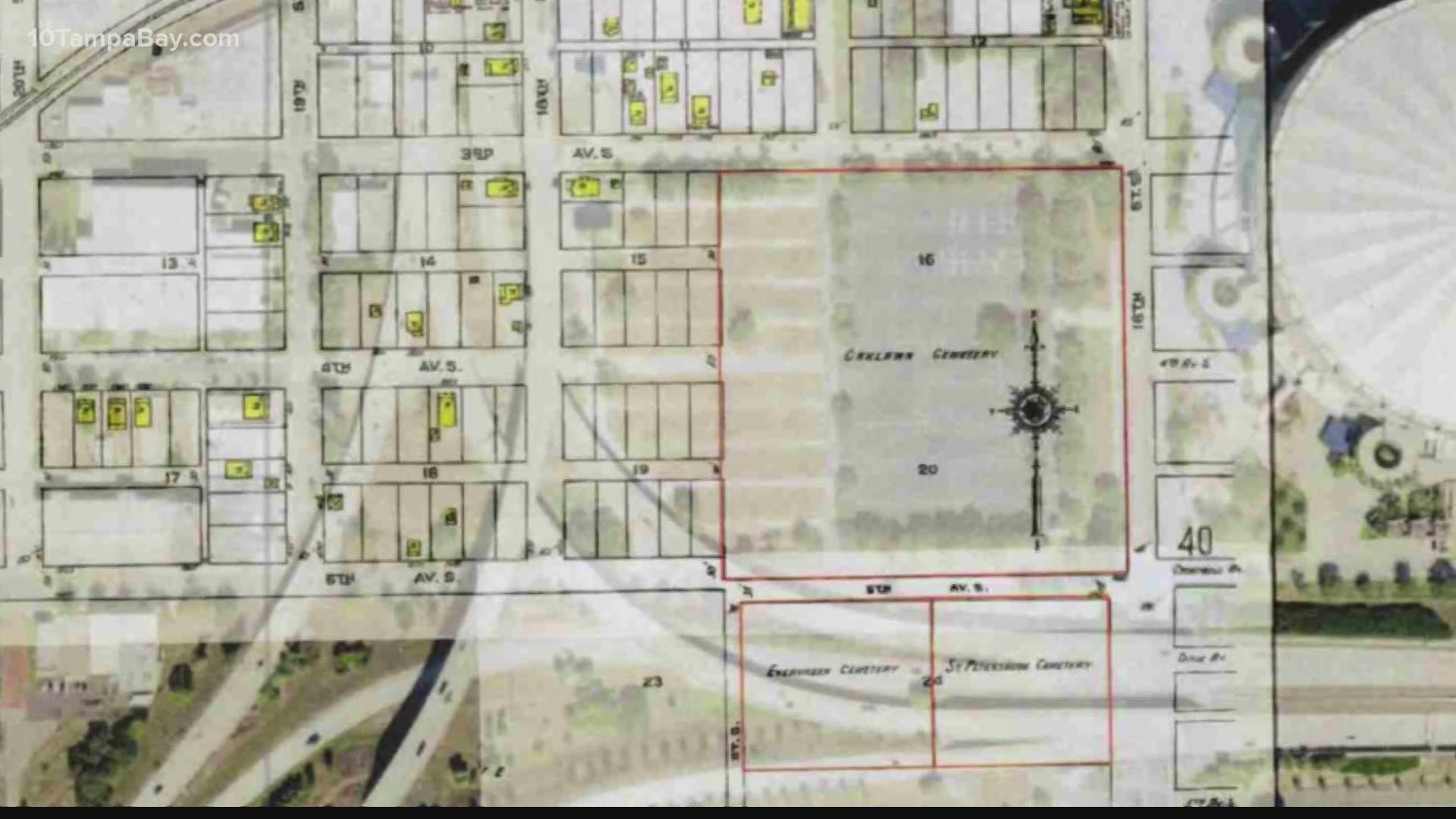 SAINT PETERSBURG, Fla. — A spokesperson with the Florida Department of Transportation, District 7, said on Wednesday it is working with Pinellas County on a possible conduit project within the boundaries of two historic cemeteries under I-175 in St. Petersburg.

Documents show the city condemned Evergreen and Moffett cemeteries in 1926, and crews constructing the interstate later found human remains in 1976. A state historical cemetery form says Moffett was established in 1888 as a cemetery for Civil War veterans and had both Black and white burials. Evergreen came later as an all-Black cemetery in 1900.

In a written statement, FDOT said:

"The FDOT District Seven Cultural Resource Coordinator, State Historic Preservation Office, and the Pinellas County Project Manager are working together on a respectful and sensitive approach to the potential County conduit project within the boundaries of two historic cemeteries, Evergreen and Moffett. This collaboration is a part of FDOT’s environmental review, which occurs prior to any potential project which receives environmental certification."

FDOT said if the project moves forward, crews might avoid the area altogether. She said in an email if that is not possible, they will have archaeological monitoring in place. There are also talks of memorializing the destroyed resting places.

“We're interested in looking for these erased cemeteries, these erased histories, these stories of communities and their history… in relation to Tampa and looking at the intangible, the oral histories the connections that people and families have to the sites,” said Jackson.

She said she would also like to make sure descendants are included in conversations about the cemeteries moving forward.

“How do we, you know, bring the history in… about families and people who used to live in those areas…”