Archaeologists announced on Thursday that at least 55 more potential graves from the forgotten Zion Cemetery have been detected. 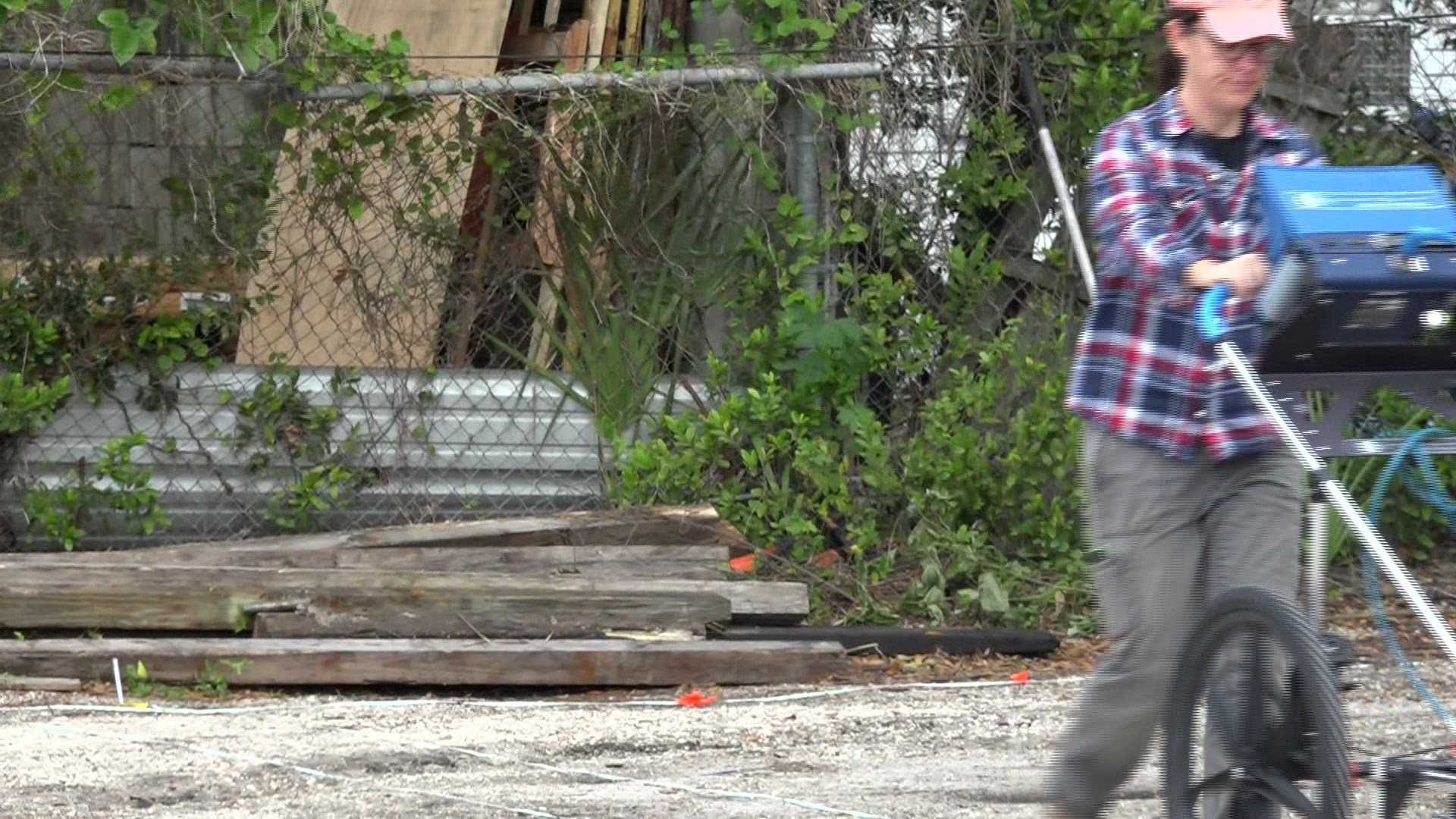 TAMPA, Fla — Archaeologists announced on Thursday that at least 55 more potential graves from the forgotten Zion Cemetery have been detected underneath a towing lot along N. Florida Ave. in Tampa.

Archaeologists with USF and Cardno briefed the Tampa Housing Authority at the Zion committee meeting Thursday morning after scanning the Sunstate Wrecker Service property in early December. Archaeologists believe the graves are from the potter’s field portion of the cemetery.

"We're astounded. We always knew that they would find something, but 55? It's unbelievable. Don't have really any other words to describe. Just unbelievable,” said Tony Huffman, general manager for Sunstate.

The company’s owner, Dennis Creech, agreed to have the parcel scanned at the Tampa Housing Authority’s request. THA has led the way since June on the search for graves from Zion Cemetery after learning through a Tampa Bay Times investigation that hundreds of graves from the early 20th century African American burial ground could be underneath THA’s Robles Park Village public housing development.

Creech’s property is one of two privately-owned lots adjacent to Robles Park Village and within the footprint of Zion Cemetery. The second piece of property is owned by well-known Tampa businessman Richard Gonzmart.

The Tampa Bay Times reported Gonzmart initially said he did not believe there were any graves on his property, despite professional opinions from archaeologists that stated otherwise. On Thursday, Cardno principal Paul Jones confirmed Gonzmart contracted the company to scan his property. The results should be completed within the next few weeks, however, it’s unclear if Gonzmart will make those results public.

More than 130 potential graves from the erased cemetery were already detected at Robles Park Village in August. Archaeologists with Cardno and the University of South Florida used ground-penetrating radar to scan parts of the property that overlap with historical maps of the cemetery.

"It's not a problem that's just peculiar to Tampa. It's a problem that's peculiar to the country,” said Jerome Ryans, CEO of the Tampa Housing Authority. “This issue is all over the country, probably. But I want to make sure that we do whatever we need to do as long as we're sitting here in the housing authority…to make sure we right a wrong that's existed for years."

State Senator Janet Cruz, who’s sponsoring a bill to create a task force to search for lost African American cemeteries, was present at Thursday’s meeting. She said lawmakers are advancing the bill and are making revisions based on feedback from archaeologists and leaders close to the issue.

RELATED: Frustration mounts over new bill calling for Zion bodies to be exhumed

Hillsborough NAACP President Yvette Lewis said the bill still feels rushed and would like to see more input before it moves forward. She was also adamant about wanting city, county and state leaders to take more action to honor those forgotten at Zion and to prevent the erasure of African American cemeteries in the future.

In their presentation to THA, archaeologists also showed radar images of large, unknown objects of interest underground in the area near Zion. They said they do not believe they are graves, but urged THA to investigate.

However, archaeologists do believe there are more graves that have not yet been detected. They believe they will find more of those graves after scanning Gonzmart’s property, and even more once families move from buildings at Robles Park that overlap the cemetery.

“We will memorialize these people,” said Lewis.

“These historic African American sites are systematically erased across the landscape of our city and the cemeteries are just one example of it--a particularly heart-wrenching one because they've contained loved ones and ancestors,” said Prendergrast. “But they're part of a greater system of intentional neglect and erasure."