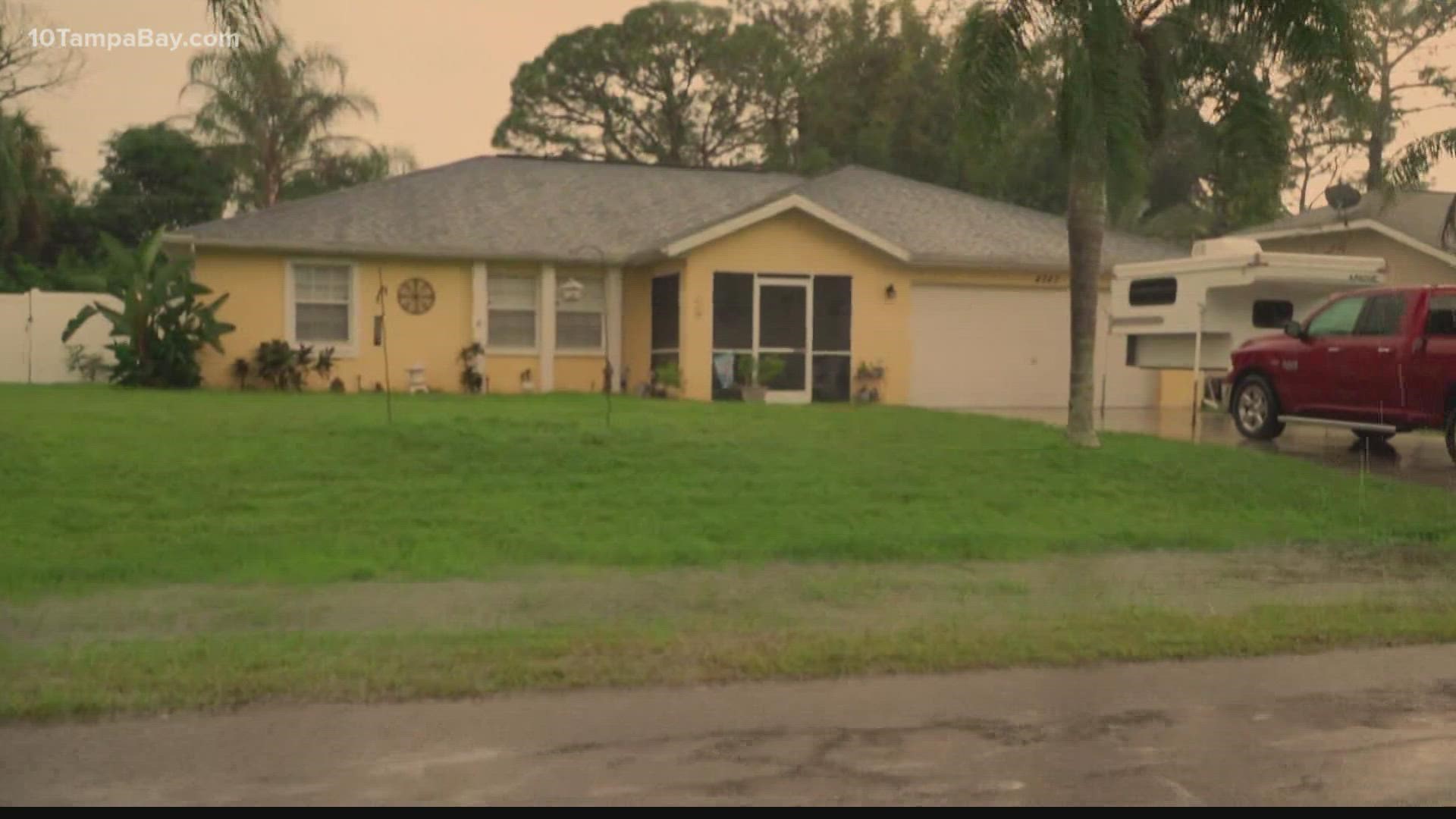 As the search continues in North Port for Brian Laundrie, investigators are looking into what role his parents may have played.

The FBI has been on the scene at the Laundrie family home for the last couple of days.

The coroner in Teton County confirmed the body found on Sunday, Sept. 19 is that of 22-year-old Gabby Petito. Dr. Brent Blue determined the manner of death was a homicide however the cause of death is still pending.

Both local and federal law enforcement agencies have pieced together all elements of this case which has now gone from a missing person investigation to a homicide investigation.

Laundrie, Petito's fiancé was named a person of interest in her disappearance and now her death. He and Petito left Florida from the home on Wabasso Avenue in North Port for a road trip they documented on social media. However, he returned without her on Sept. 1 and stayed silent. Both he and his parents, Chris and Roberta, ignored calls and text messages from Petito's family members, authorities say. Petito's worried mom then reported her missing on Sept. 11.

When police arrived to check on the Laundrie home and asked to speak with Brian, they said his parents handed them a note with their lawyer's contact. The Laundrie's then proceeded to rebuff attempts by law enforcement to speak with them. Officials say Brian himself invoked his Fifth Amendment right. He then went into the Carlton Reserve a week ago and hasn't been seen since then, North Port police say.

A ground and aerial search to find him was carried out over the weekend and on Tuesday.

As the case unfolds and pieces are tied together, there are questions about how Laundrie's parents have conducted themselves and if they could face consequences.

"They may be struggling with some allegiances here, maybe not knowing that they themselves may be committing a crime as an accessory after the fact," Lucas Fleming said.

Fleming is a criminal defense attorney based in St. Petersburg and a former Hillsborough County prosecutor.

Some of the issues include why the older Laundrie's themselves didn't report their future daughter-in-law Petito, who lived with them, missing after their son didn't return with her. They also waited several days to alert police that their son, the last known person to presumably see Petito before she disappeared, had also gone missing and not returned home.

The FBI was eventually able to enter the Laundrie home on Friday.

#HappeningNow. Search resumes for #BrianLaundrie with @FBI @FBITampa leading the investigation. Focus shifts from @CityofNorthPort side of the #CarltonReserve to @CityofVeniceFL axis according to @NorthPortPolice Meanwhile photos show current scene at Laundrie home @10TampaBay pic.twitter.com/H64cdvzvRJ

"They probably have a chance to remedy anything they may have done wrong up to this point," Fleming said. "I can't imagine they don't fully disclose their involvement with their son at this point, that should be enough to perhaps avoid any kind of prosecution."

What, if any consequences, would depend on the information investigators are able to learn from the Laundrie's, and their son Brian, if they find him alive.

FBI investigators have not yet said if they have spoken with or interrogated the Laundrie's outside of the process of gaining access into their home while executing Friday's search warrants.

The search of the Carlton Reserve will continue on Wednesday.