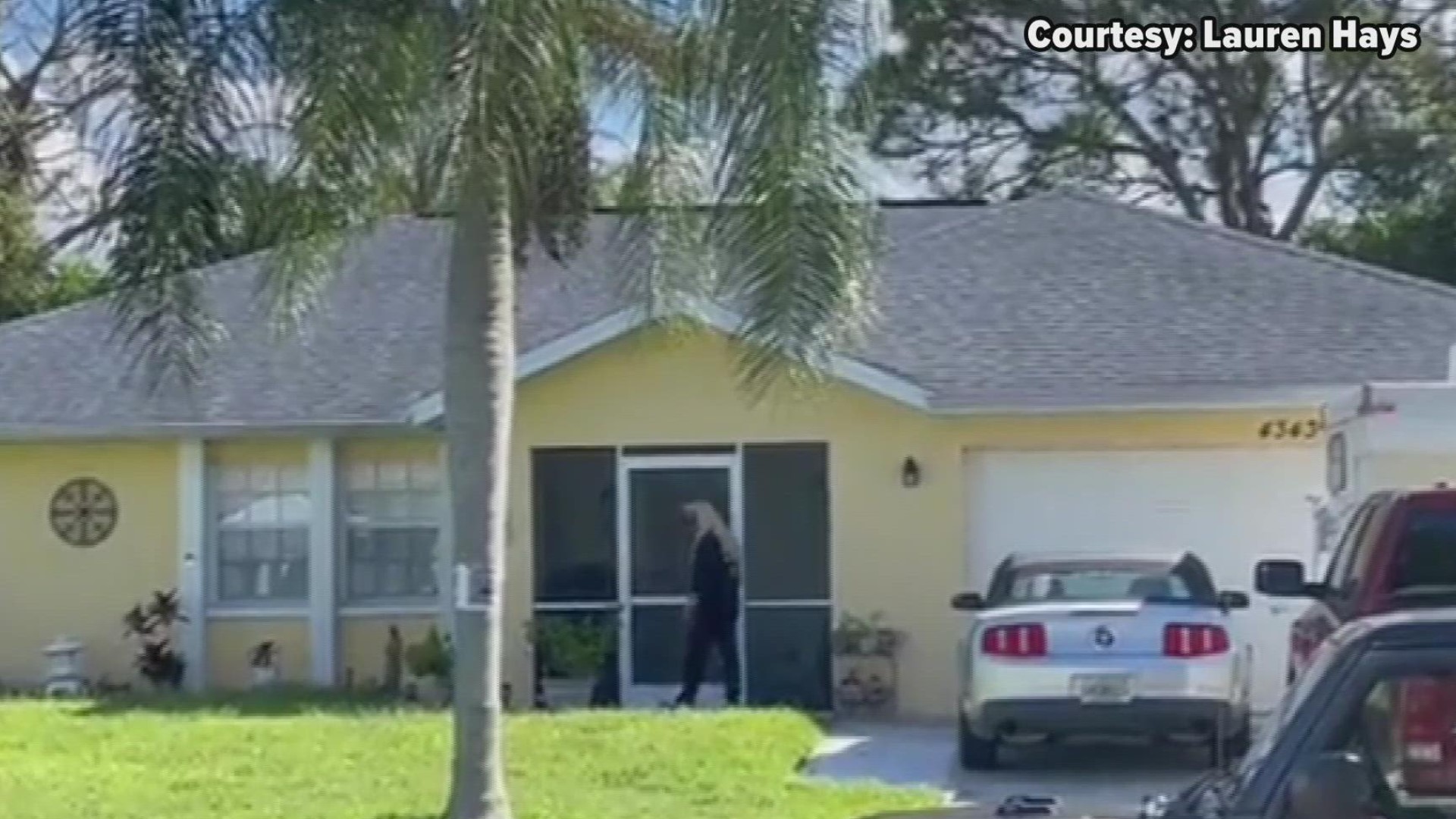 NORTH PORT, Fla — Saturday, police scaled back the search for Brian Laundrie who has been missing for 11 days, according to authorities.

North Port Police Department said Saturday's search was smaller in scale because law enforcement officials are focusing on areas that are harder to reach, like bodies of water. The search itself involves fewer people, authorities said.

SCALED BACK SEARCH 👇🏻
Today @10TampaBay confirms with @NorthPortPolice the search for #BrianLaundrie at the Carlton Reserve is smaller pic.twitter.com/CLZosGcGrU

As the days continue with no sign of Laundrie, Saturday's search at the Carlton Reserve continued much like the previous days, with nothing to report so far. However, not far from the search, back at the Laundrie family home, they received a surprise visitor Saturday afternoon.

Seen in a video 10 Tampa Bay received from an onlooker outside the family's home, Lauren Hays from Sarasota, recorded the Television Personality Dog the Bounty Hunter walk straight up to the Laundrie residence and give the door a knock with no answer to follow.

Dog the Bounty Hunter, whose name is Duane Chapman, is known for his hit A&E TV show where he specializes in hunting people down who violate their bail agreements.

According to Newsweek, Chapman's team told the news outlet in a statement, "Dog and Francie have experienced extreme loss themselves. Their hearts go out to Gabby's family for what they're going through and want to help bring justice for her death."

The events that led to the search for Gabby Petito gained national attention and it seems everyone wants to help bring justice to the Petito and Schmidt family.

TMZ reports Chapman's simply volunteering his services. Anyone with information that could lead to finding Laundrie is asked to call 833-TELLDOG.

Information can also be reported to the FBI at 1-800-CALL-FBI.

On Sept. 22, Brian Laundrie was indicted by a grand jury in the Gabby Petito case. The FBI issued a federal arrest warrant for him.