Hawke says it is possible to live in the reserve…but it would be incredibly difficult for someone who isn’t trained for that type of survival. 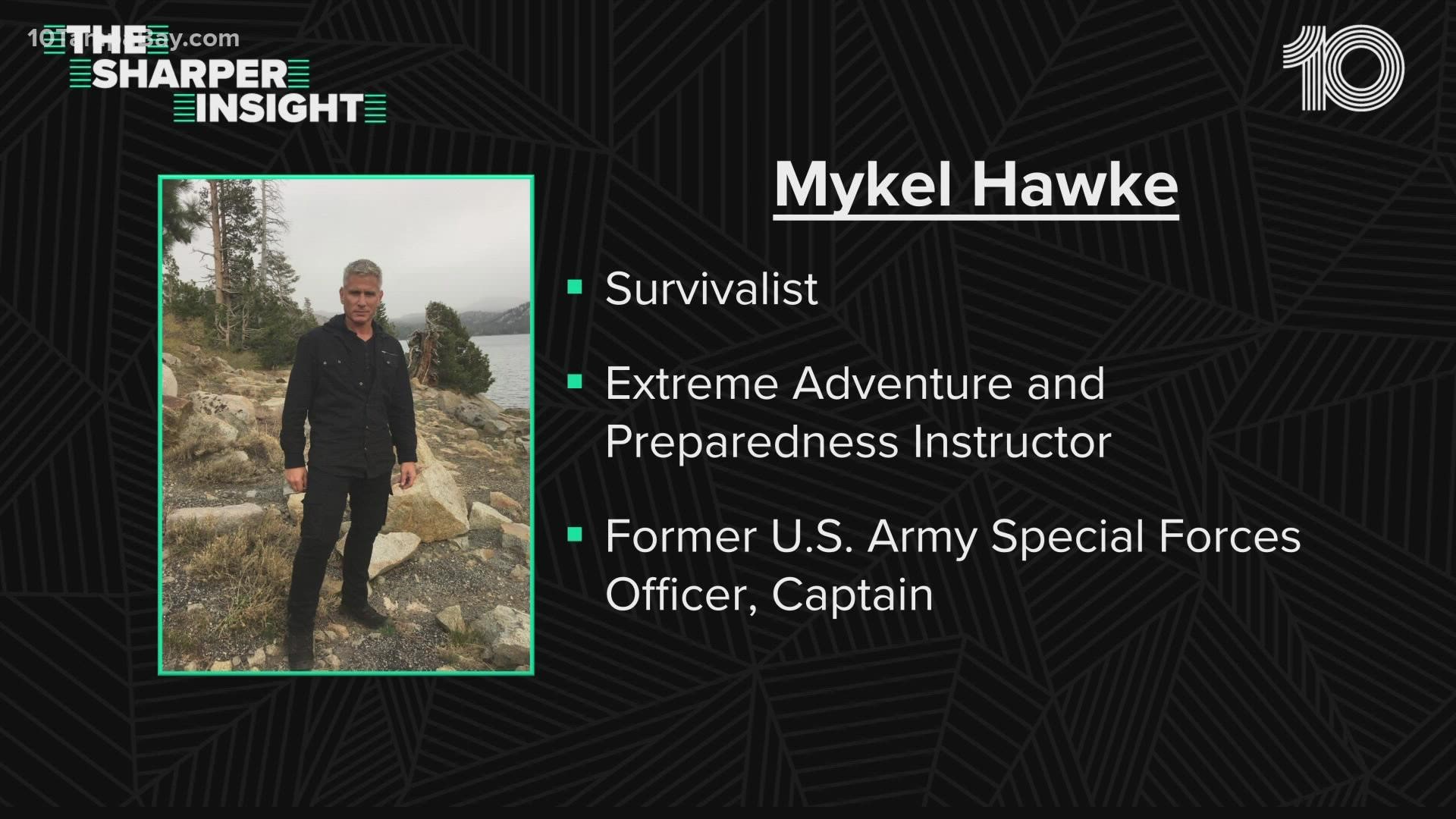 VENICE, Fla — Where is Brian Laundrie?

That’s been the question for over a week now as law enforcement officials continue to comb through the Carlton Reserve looking for the man named as the only "person of interest" in the death of his fiancé, 22-year-old Gabby Petito.

10 Tampa Bay spoke with retired Army Special Forces Captain and trained survivalist Mykel Hawke about what conditions are like in the area where police suspect Laundrie is located.

Hawke says, if Laundrie is in the reserve, he’s in a “brutal” and “unforgiving” environment.

"I tend to think that the biggest thing he's going to face in there is the risk of illness and injury," Hawke said. "The type of survival that he's trying, while evading from the law, is extremely difficult. I would predict that he would probably get ill or injured very soon, and that would drive him out or cause him to get caught."

Hawke said that it is possible to live in the reserve…but surviving and trying to evade police would be exhausting.

"If he's out there and he's running from the law, he's going to be hurrying. He's going to get cuts, scrapes, leeches, chiggers, ticks and all of those things are going to be open wounds. And in that dirty water, sweaty environment, that's going to lead to infection really fast," Hawke said. "Trench foot is what did more soldiers in than combat in World War II and in Vietnam. So he's got to stop and air those feet out, or he's going to be basically static until they can find him."

Hawke says that there are things to eat in the reserve…but you would have to know exactly what you’re looking for to avoid illness.

"There's different food available, however, there are poisonous look-alikes, and if he makes a mistake that could very well do him in also," Hawke said. "They are wearing him down, he is going to make a mistake, he is going to collapse and crumble and come out, or they'll likely find his corpse."