Jenn Bethune says she was editing footage for her family's YouTube channel when she noticed the white Ford van with Florida plates. 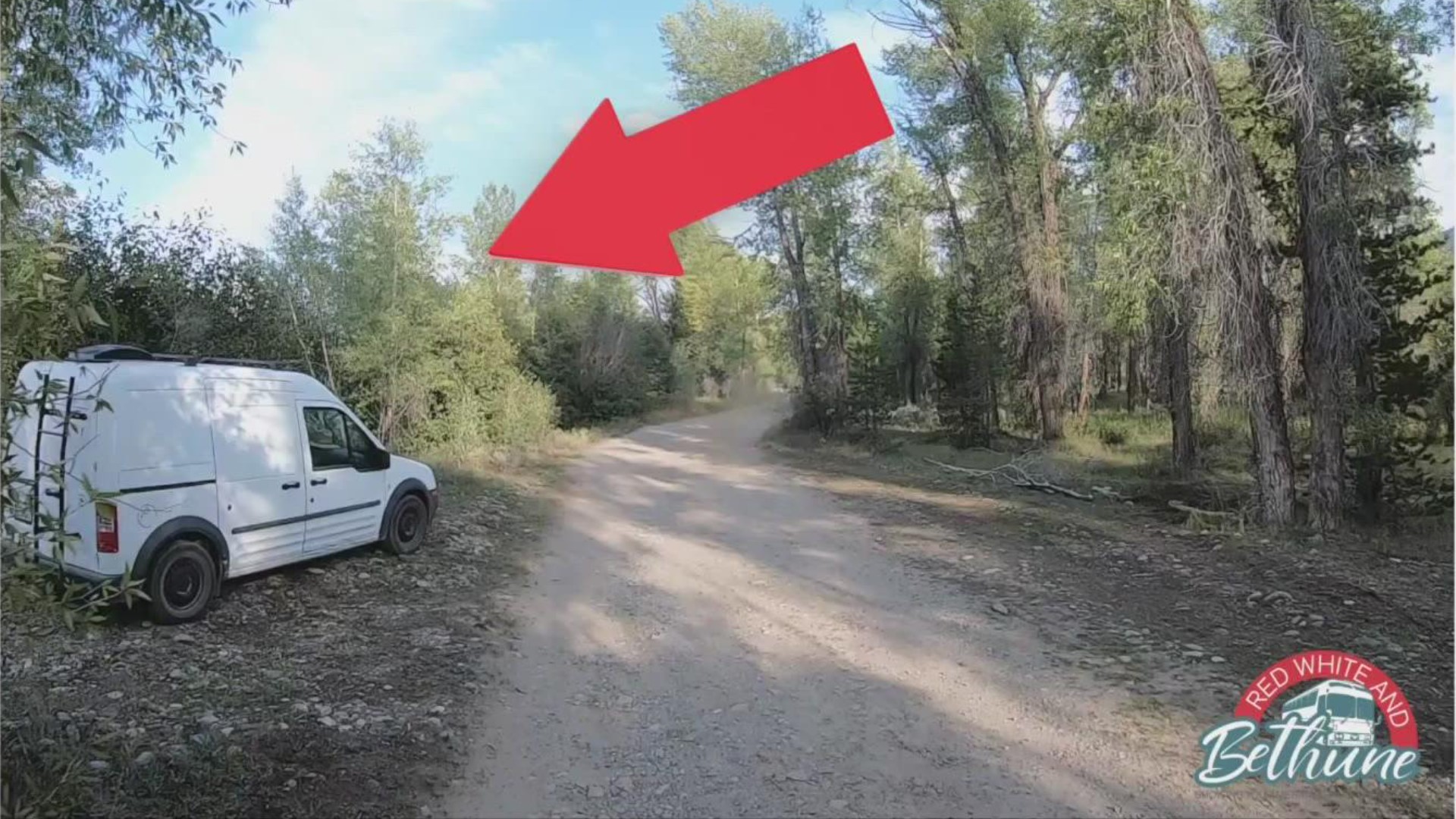 A Tampa-area family was driving their RV through Grand Teton National Park last month when they came across what was likely Gabby Petito's camper van.

They happen to be a family that 10 Tampa Bay has been following for more than a year. The Bethune's travel full-time with their three kids and four dogs in a 350-square foot RV. And they document their cross-country travels online, which is what led them to capture footage that might have helped in the investigation into Gabby Petito's disappearance.

Jenn Bethune says it all happened by accident. She was editing a video for her family's YouTube channel when she spotted the white van with Florida plates in the footage from Aug. 27.

That's the same timeframe Gabby Petito and her fiancé Brian Laundrie are believed to have been in the park.

"I immediately got goosebumps like crazy. A bone-chilling feeling," Jenn Bethune said. “My stomach hit the floor and we immediately called the FBI."

She said looking over the footage actually jogged her memory of when she and her husband, Kyle, saw the van in person.

"It was just very, very crazy that we noted the van to each other while we were driving but didn’t think anything of it because there’s thousands of those vans and the timeline hadn’t matched up before."

Jenn went on to explain that she and Kyle got excited when they noticed the van's Florida license plate and wanted to say hi, but decided against it because it didn't look like there was a lot of activity in the van.

Some could call the Bethune's catching what is likely Gabby's van on camera a coincidence, but Jenn believes that a higher power is at work.

Jenn found the footage on what would've been her late son Ethan's 17th birthday. Ethan was killed in a car accident in September 2011 when the Bethune's were on their way to Disney for his seventh birthday.

While Jenn has not heard back from the FBI yet, she said she FaceTimed with Gabby's mother who told her she believes it is Gabby's van captured in the video and thanked Jenn for her help.

All the money made from the video, which has racked up more than two million views, along with the Bethune's YouTube earnings for the entire month is being donated to Pay it Forward for Ethan, a program the family started in honor of their late son.

This year, Pay it Forward for Ethan is raising money for Mental Health America.

The FBI said a body matching Petito's description was found in the Spread Creek Dispersed Camping Area, the same area of Grand Teton National Park where the Bethune's were camping.

On Sept. 21, the Teton County Coroner's Office in Wyoming did a forensic examination, determining the body belonged to Petito. Her death has been ruled a homicide.

Investigators are still looking for answers into what led to Petito's disappearance and death, as her fiancé Brian Laundrie has not been seen in days. Laundrie is a person of interest in the case.

RELATED: Thinking of living in an RV? Tampa Bay area family talks life on the road

RELATED: Where is Brian Laundrie? FBI looking into unconfirmed reports he was seen in Alabama

RELATED: The disappearance of Gabby Petito: What we know so far