The walls of the old phosphate mine are failing and county leaders are dumping millions of gallons of wastewater into Tampa Bay to alleviate the pressure. 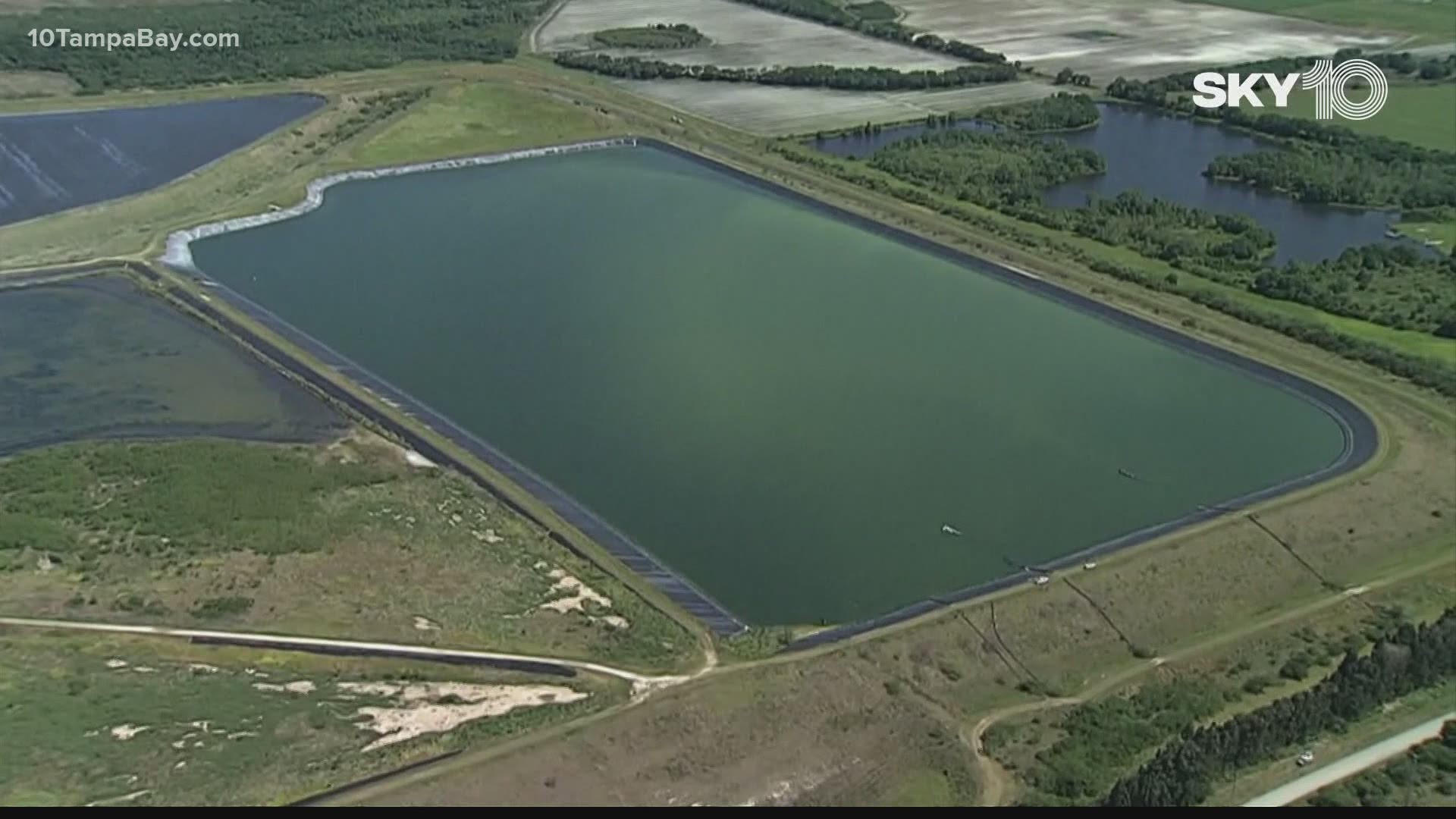 MANATEE COUNTY, Fla. — Manatee County remains under a local state of emergency this weekend as crews race against time to relieve pressure on the aging walls of the old Piney Point phosphate plant which holds an estimated 800 million gallons of wastewater.

“Right now this is a dynamic situation that’s been changing by the hours,” said Manatee County Administrator Dr. Scott Hopes, in just his second day on the job.

Manatee County is working with the state and private engineers to rapidly pump around 480 million gallons of wastewater out of the main holding pond and into Tampa Bay. The aging walls holding back the water are starting to fail and there’s concern that could lead to a catastrophic collapse.

“They are there are a number of small breaches in addition to what we believe is a significant leak at the bottom of the retention pond,” said Dr. Hopes

But even as crews work to pump out 22,000 gallons a minute, there’s still a risk of the walls destabilizing.

“We’re rapidly moving both volume and mass out of this very, very large swimming pool. As you move that out the structures that have been there in a less stable environment for 20 years, all of a sudden everything is changing,” said Hopes.

Engineers are most concerned about areas to the south, southeast and southwest of the site, but late Friday afternoon a sheriff’s office helicopter spotted another leak on the north side. The county has now issued evacuation orders on all sides with 15-20 homes in immediate danger.

“Obviously, we do not want people in that area should that full breach occur,” said Hopes.

He says it will likely be 10 to 12 days of continuous pumping until the danger is gone. For now, crews are working to reinforce the walls with additional fill and rocks in hopes they continue to hold.

“The hope is that we can rapidly deplete the water pressure and avoid a full breach," he said.