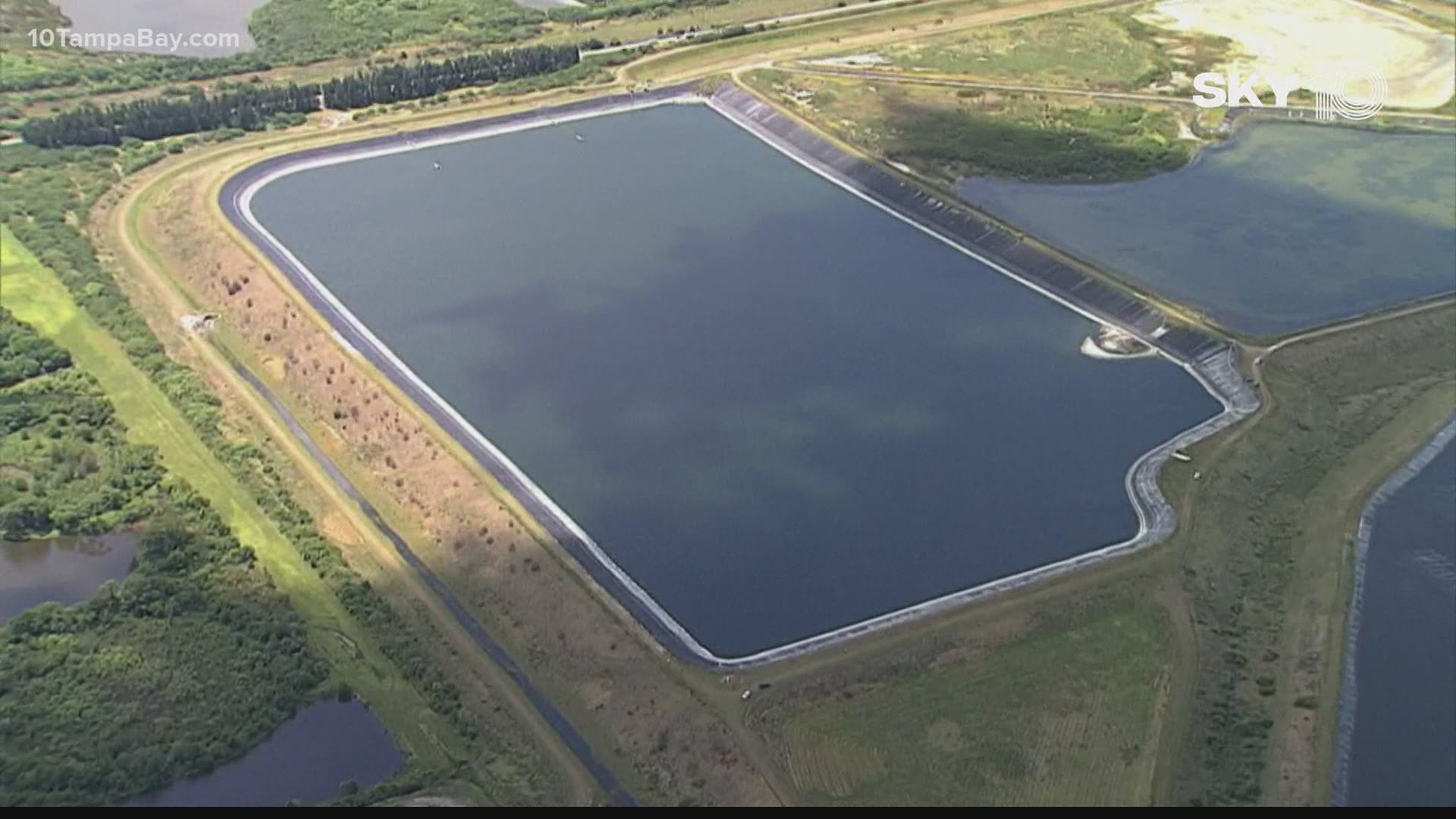 MANATEE COUNTY, Fla. — The Florida Department of Environmental Protection says it has made a temporary repair to a concentrated leak in the Piney Point reservoir.

DEP says a seam separation on the east wall of the NGS-South was the source of the concentrated seepage. Divers were able to place a steel plate on the seam separation to temporarily repair the leak, according to a release.

Now the DEP says it will continue to monitor the repair's success and work to find any additional liner separations and/or leaks.

Due to heavy rain and wind forecast in the area this weekend, DEP says it has prepared to manage increased stormwater levels at the site. Response teams will remain on-site throughout the weekend to monitor the situation, DEP says.

The plan now is to try to treat the remaining water to reduce the high levels of ammonia and nitrogen before any future releases of the water back out into the Bay in hopes to "minimize possible ecological impacts such as algal blooms."

DEP reports daily water samples are being taken from multiple locations around the port and out into Tampa Bay as everyone now watches and waits for any negative impacts, possible fish kills, algae blooms, or even worsening red tide.

At this time the DEP says no fish kills have been reported in the area.