The rally is part of a countywide effort to reduce speeding crashes in Tampa Bay. 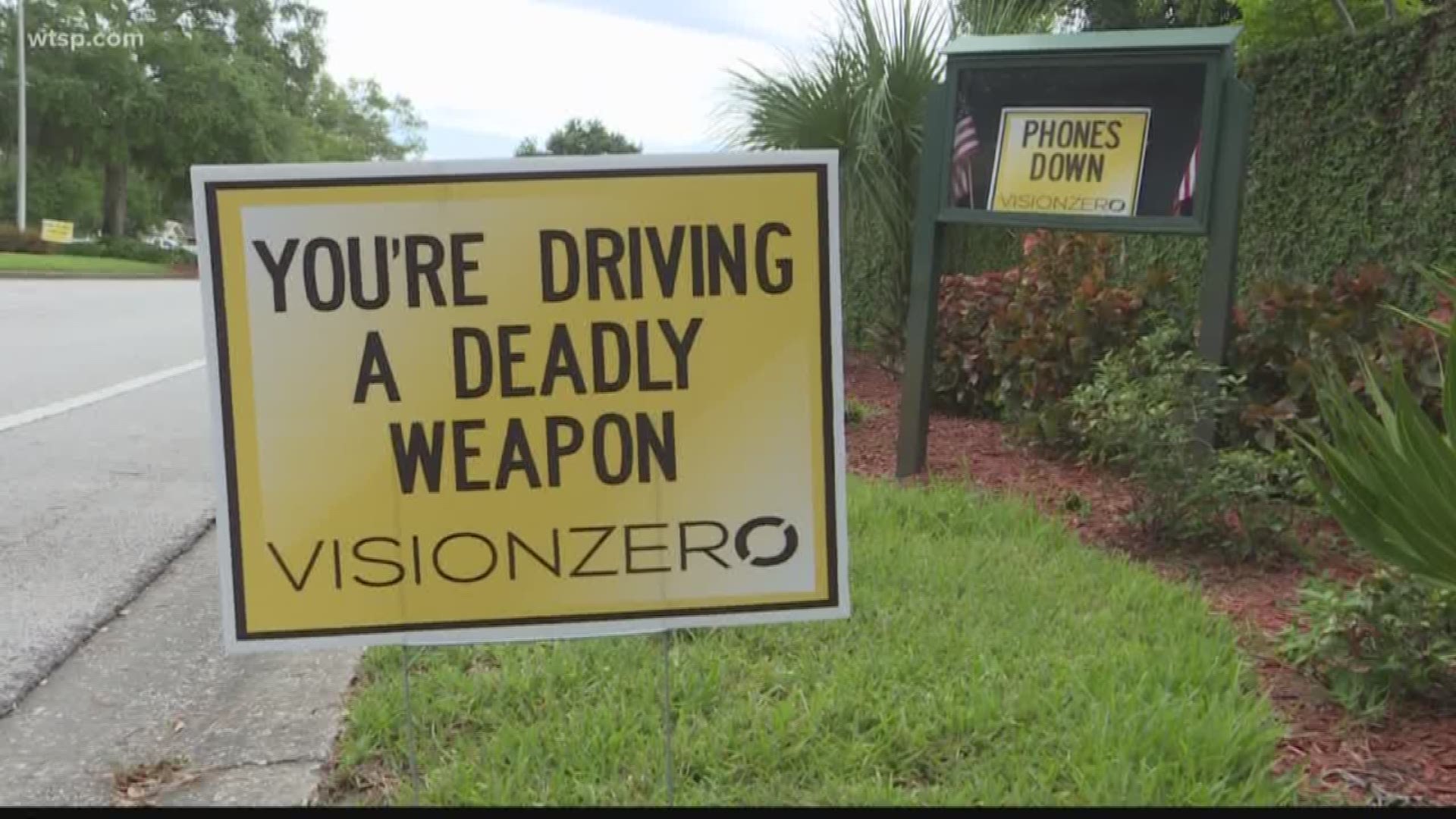 TAMPA, Fla. - People who live in Carrollwood near the intersection of Ehrlich Road and Farmington Boulevard say they’re tired of people speeding and crashing just feet from their houses.

So they held signs all day Monday warning people to slow down.

“I’ve almost been hit several times," Terri Currier said. "You think about your family and you think about all that you may not be able to do from that point on.”

The signs are simple but they all have strong messages:

The rally is part of a campaign called Vision Zero, a push to reduce crashes across the Tampa Bay area.

“The people getting hit are someone’s loved one, someone’s grandfather or a child that is just the heart of the family,” said Gena Torres, Vision Zero project manager.

The speed limit on Ehrlich Road is 45 mph, but drops to 30 mph on Farmington Boulevard. While no deaths have been reported, neighbors are worried it will happen.

Drivers like Robert Gonzalez are thankful for the efforts of Vision Zero.

While the group admits there are more dangerous intersections in Tampa, they’re hoping their efforts will bring about some type of positive change and that Hillsborough County will at least install speed humps along Farmington Boulevard to slow people down.

“There is an issue here. It might not be rising to the level of a Hillsborough Avenue or State Road 60, but it’s still a problem,’ said Torres.

The group plans to host another rally when school starts to be especially mindful near bus stops.