Seminole Heights murder suspect Howell Donaldson III told Tampa police he handed a bag containing a gun to his McDonald's manager to keep it away from his younger brother. 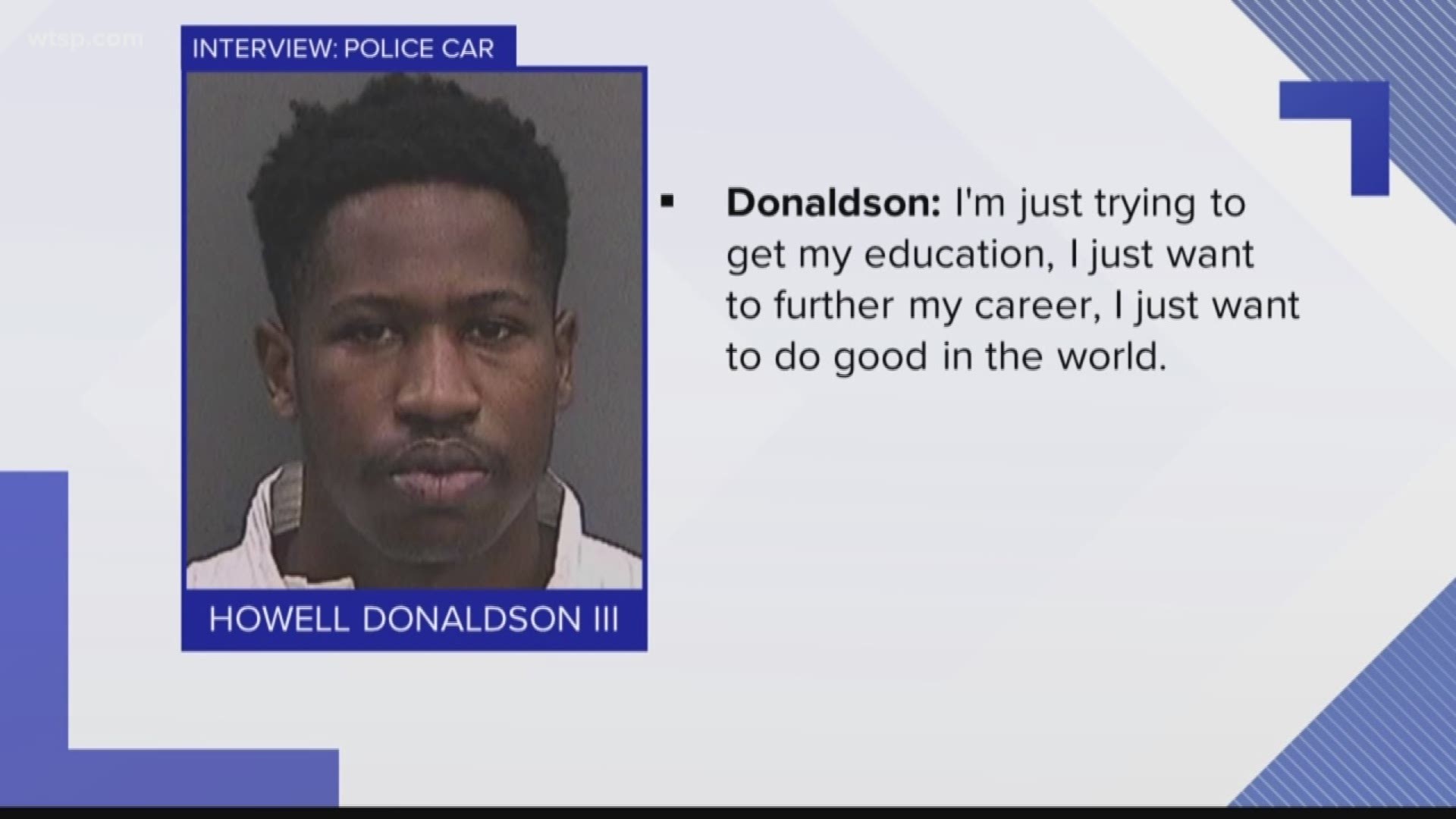 Seminole Heights murder suspect Howell Donaldson III told Tampa police he handed a bag containing a gun to his McDonald's manager to keep it away from his younger brother.

An interview between Donaldson and police was part of evidence released to the public on Friday. He was arrested Nov. 28.

He told he got the gun from a gun store, but he didn't have a concealed weapons permit.

He said he was going back to St. John's University, where he hoped to play basketball, and didn't want to leave the gun at home where his younger brother might find it.

He says he gave the gun to McDonald's manager Delonda Walker "to put it away" for him. He had only known her for a couple of months.

"She seemed to be a very standup lady," he said. "I got a good feel about her."

He told police he was going to go to Amscot, then come back and tell Walker what to do with the gun. He wanted her to store it, he said, not get rid of it because he had bought it with his "hard-earned money."

Donaldson and one of the detectives discussed firearms at some length, including what kind of guns police carry, and the suspect compliments the detective on his knowledge.

Donaldson told the detective he spent about $400 in September on his Glock at Shooter's World on Fletcher Avenue. The detective can be heard complimenting the suspect on his choice.

He told detectives he started carrying it for protection, but he felt no particular threats.

He said he didn't keep up to date with news, and told detectives he only knew about the reported serial killer because he heard people talking about it at work.

Police searched his phone, however, and found multiple Google searches for "Seminole Heights killer" and "Seminole Heights." They also found visits to the Tampa police Twitter and YouTube pages, in particular media about the murders.

Detectives told Donaldson that after they searched his phone, they found it had been in the area of the killings during the times they were committed. When they asked him why the phone was there, he replied, "I don't know" and said it was possible he was going to or from a friend's house.

He denied knowing where Seminole Heights was.

The detectives described the killings and the victims and asked Donaldson, "Would you be capable of something like that?"