The three other officers involved in Floyd’s death with Chauvin will be judged separately and could each receive different verdicts, despite sharing a joint trial. 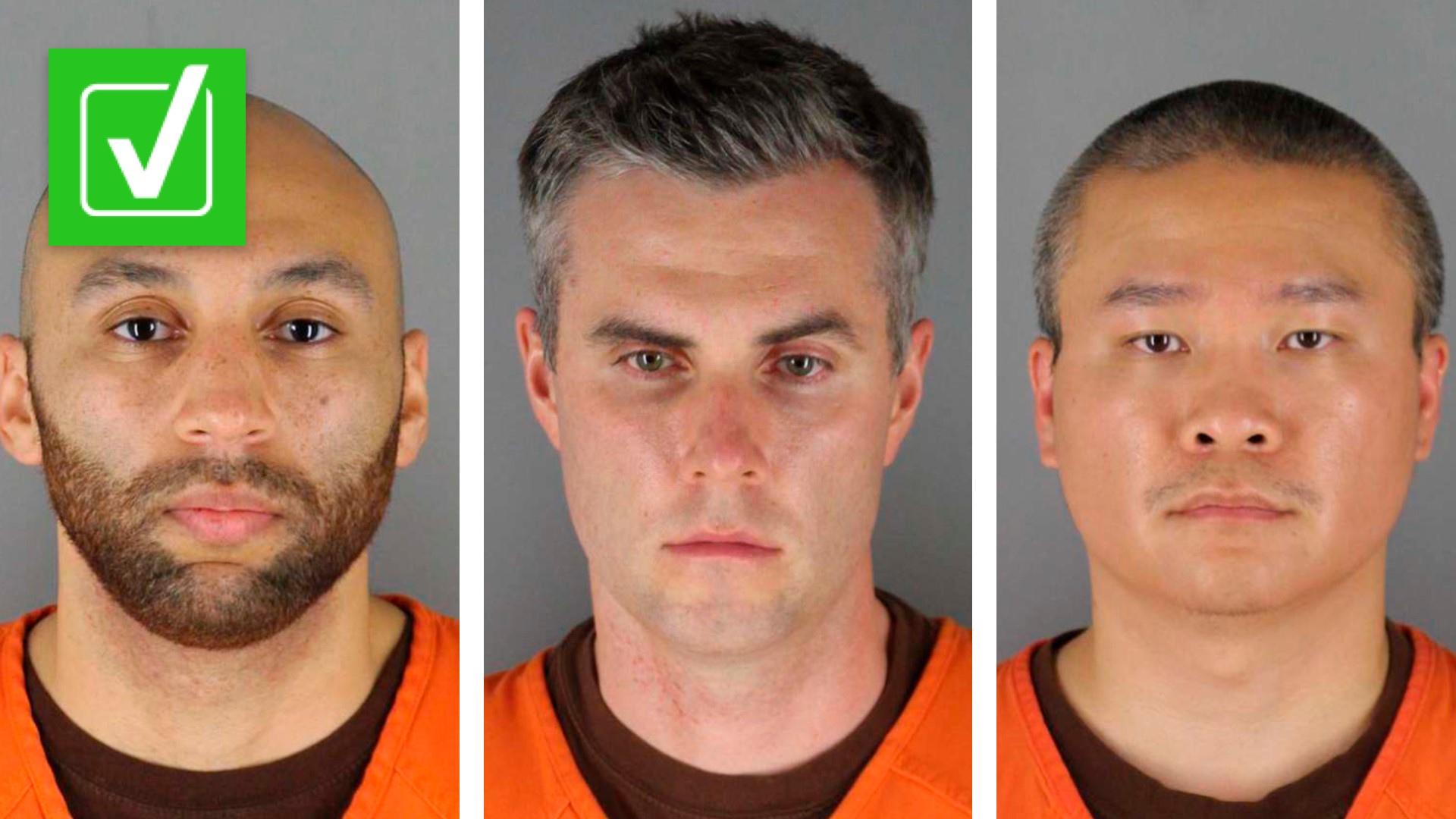 As Derek Chauvin awaits sentencing after he was convicted of two murder counts and a manslaughter count, many are turning their attention to the other three officers charged in George Floyd’s death.

Tou Thao, Thomas Lane and J. Alexander Kueng were with Derek Chauvin when he killed George Floyd on May 25, 2020. At the time they were employed by the Minneapolis Police Department but, like Chauvin, have since been fired.

One viewer, S.V., asked whether the other three officers can receive different verdicts, even while on trial together, based on their level of involvement.

Can the other three officers charged in Floyd’s death receive different verdicts?

Yes, the three officers charged in Floyd’s death may receive different verdicts even though they’re being tried together.

Court documents show the three former officers were initially set to stand trial with Chauvin but the judge separated Chauvin’s trial from theirs, citing COVID safety and lack of space in the courtroom.

Minnesota law says when two or more defendants are charged with the same offense, they can be tried together. But why try them together?

“The main reason is for efficiency,” explained Rachel Moran, law professor at St. Thomas Law School in Minneapolis. “You already have witnesses who’ve been traumatized by testifying once, you don’t want to put them through that four times.”

Court documents show the three former officers objected to a joint trial, but the judge denied it on the basis that their cases are similar and a joint trial would be better for the court system and the nation as a whole.

As for the verdicts, the law specifies that in a joint trial, any one or more defendants may be convicted or acquitted. This means the jury will decide each charge for each man separately and they each could get a different outcome.

“They're each facing two charges. And there are three of them. So in total, the jury will have six different verdict forms to consider,” Moran said.

Moran also explained that each of the three men’s lawyers can call different witnesses and bring different evidence since they had different roles in the incident. Video of George Floyd’s death shows Thao engaged with the crowd of onlookers as Lane and Kueng helped Chauvin pin Floyd down.

“One thing to think about is each of their attorneys gets to cross-examine each witness,” Moran said. “This is going to be a complicated trial, if they really all do go to trial together in August.”

More from VERIFY: Derek Chauvin can appeal conviction, but he's unlikely to win

Our journalists work to separate fact from fiction so that you can understand what is true and false online. Please consider subscribing to our daily newsletter, text alerts and our YouTube channel. You can also follow us on Snapchat, Twitter, Instagram or Facebook.