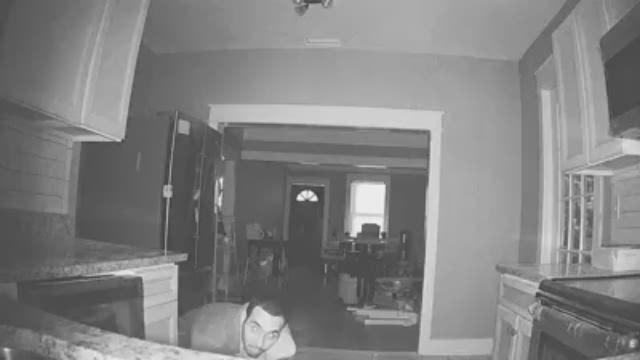 TAMPA -- Nope, crawling and trying to get rid of the surveillance camera will not keep your images from being shown on TV and social media! And now police have their names.

Check out surveillance video Tampa police released from what they say was a break-in at a home in at a Seminole Heights home on Thursday while it was being renovated.

Investigators credit responses on Facebook and Nextdoor with identifying the suspects as Robert Espinoza and Jessica Makas.

Police say the man on video and a woman broke into the home and got away with a variety of electronic items, including the camera that was recording them..