Salinas PD identified the suspect as 33-year-old Roberto Daniel Arroyo. Police are still looking for Arroyo and say he could face two misdemeanor charges for petty theft and prowling. 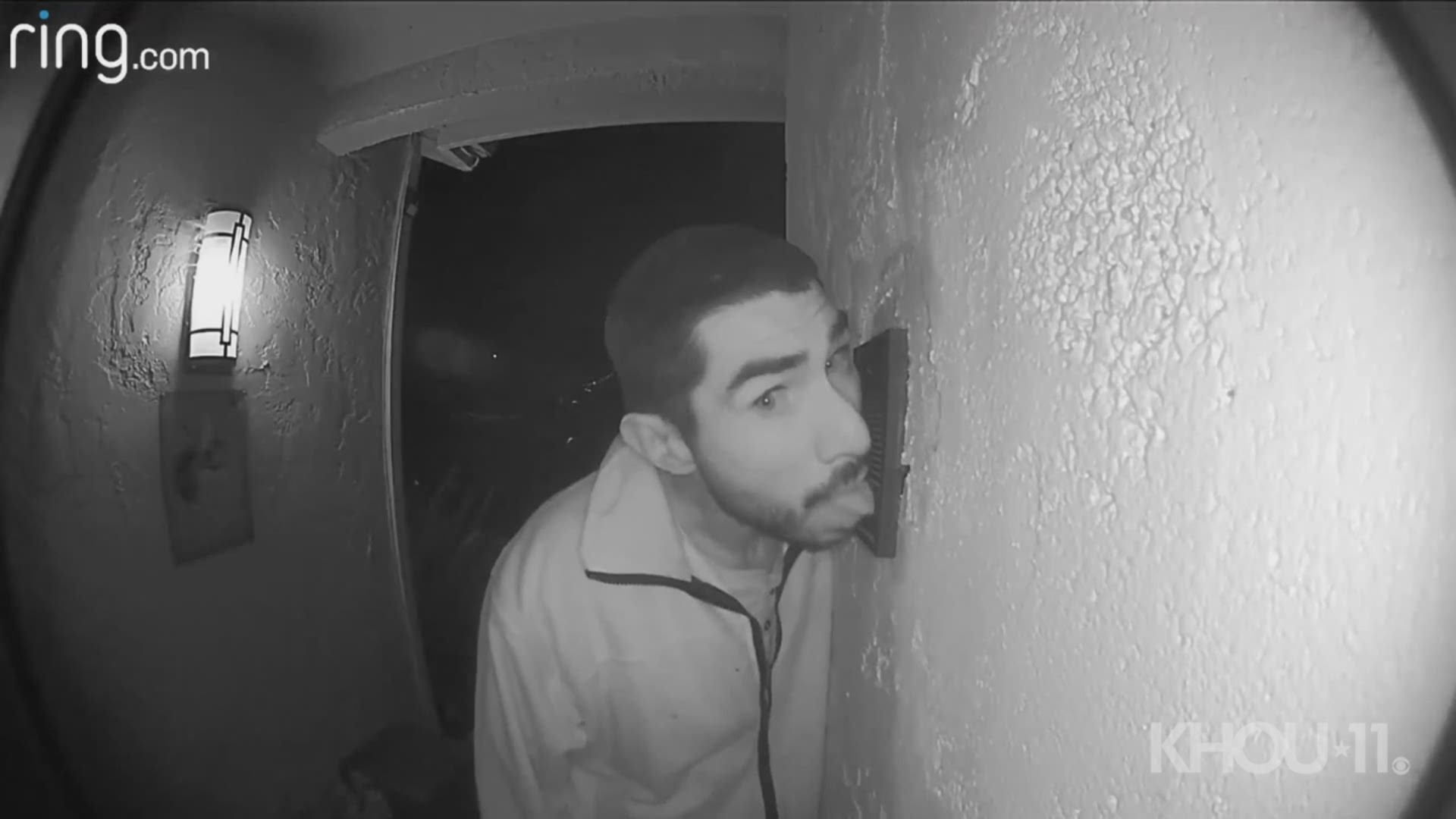 SALINAS, Calif. - A man was caught on surveillance video licking a doorbell for quite a while in a California neighborhood.

The incident happened around 5:00 am. The homeowners were not home at the time, but they told KION that their children were inside.

They were alerted to the incident when their surveillance system notified them of movement by the front door. The man was also caught relieving himself in the front yard, and reportedly also approached a neighbor's house.

"You kind of laugh about it afterwards because technically he didn't do anything," said Sylvia Dungan, who owns the house shown in the video, told KION.

Police are searching for the suspect and say that he could face two misdemeanor charges for petty theft and prowling.