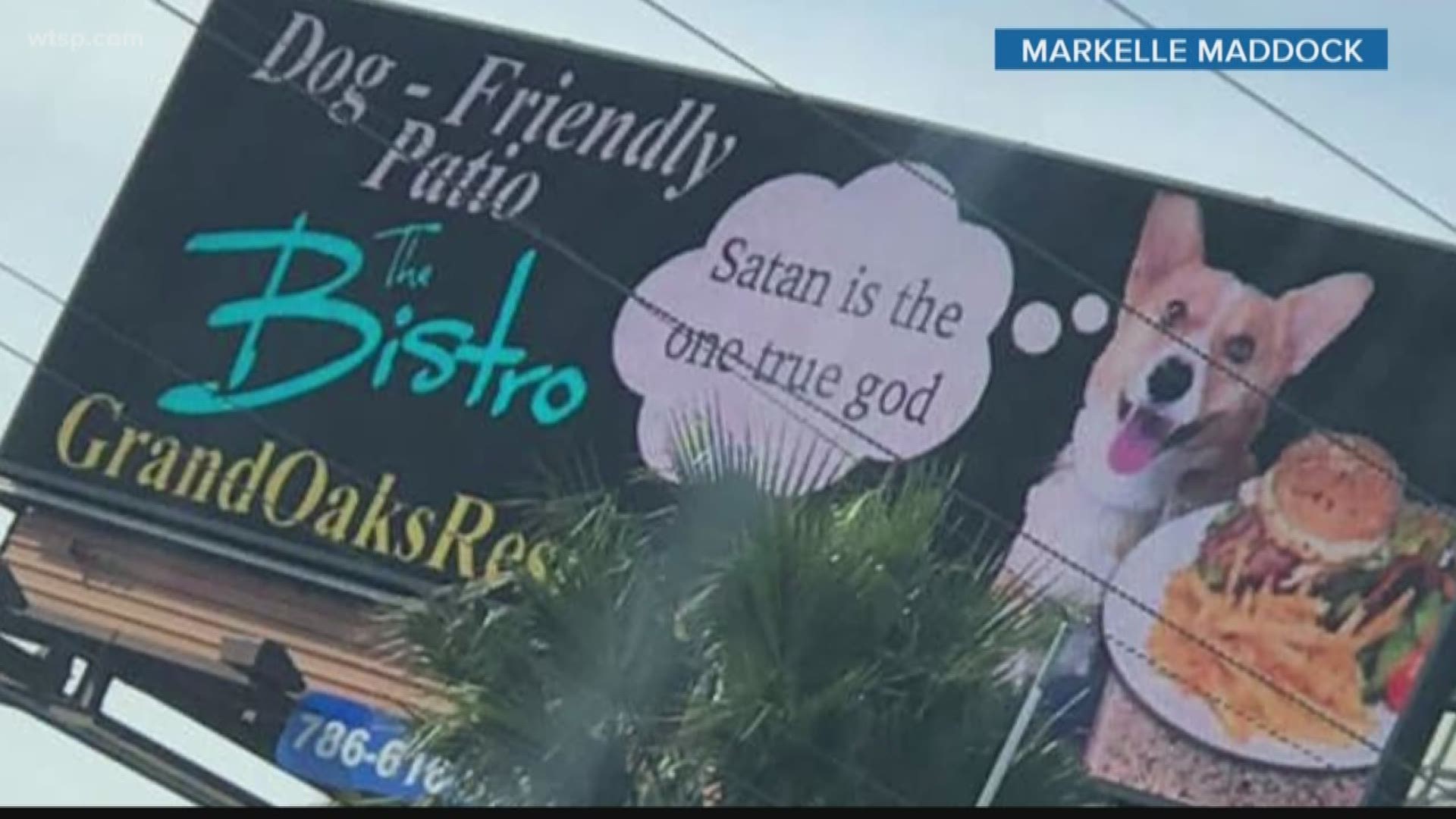 Corgi is hungry for some burgers and fries, but be warned in case you join him for dinner: "Satan is the one true god."

An eagle-eyed driver and her boyfriend heading home for Christmas spotted the sign and claims to have caught a message that just didn't seem right: a gorilla saying he's been a naughty boy (plus a word not appropriate on this family-friendly news site).

Markelle Maddock made a U-turn to try and catch it again.

"It wasn’t hard to notice with the lime green background and gorilla on it!" she said.

And another, with maybe a word or two of advice from a Twitter user who knows a thing or two about hacking billboards across the country: "These people think connecting a billboard to the internet is a good idea. These people are wrong."

"I understand where people could get offended, especially with the 'Satan is the one true god,' but it made for a good laugh and I’ll always remember it," Maddock said. "I thought it gave a comedic relief for such a stressful time of the year."

She adds the billboard since has been turned off.