She's part of the greatest generation and a legend to those who know her. 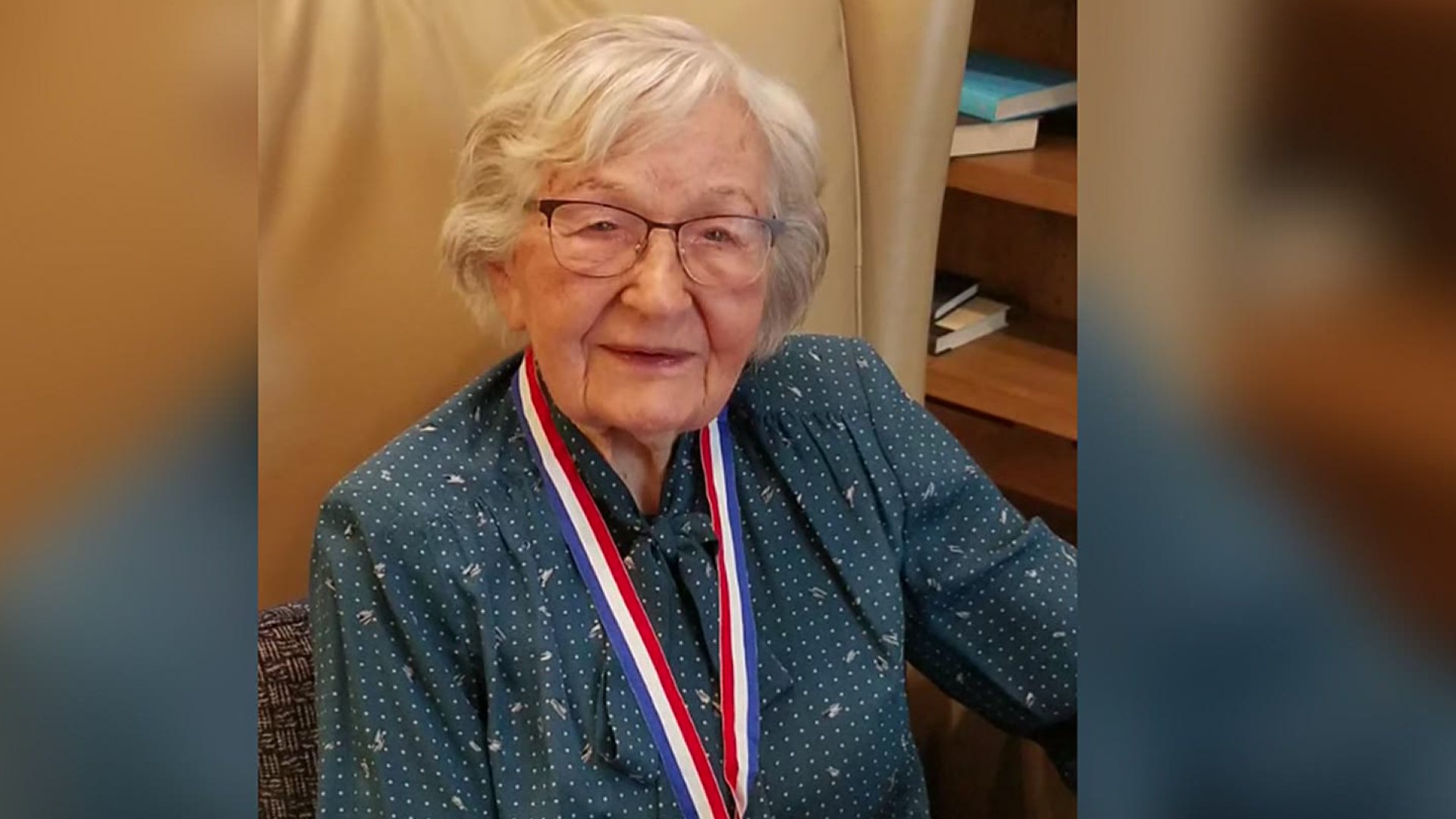 CORPUS CHRISTI, Texas — On Monday, a local World War II veteran had some help to celebrate an important milestone.

She lives at the Viera Senior Living facility on Airline Road and was surprised with a parade put on by her friends with the American Association of University Women, an organization that Jones has been a member of for more than half her life.

She said she was genuinely surprised by all this attention and didn't deserve it, but we all know better!

After 100 years of living, you know she has quite a story to tell.  She's part of the greatest generation and a legend to those who know her.

"They say the first 100 years are the hardest," said Jones.

Separated by a divider, and other social distancing measures 3 News spoke with Jones about the extraordinary life she has led.

"I was born in Madison, Wisconsin. Then we moved to Milwaukee," said Jones.

Jones graduated from Milwaukee-Downer College in 1941 with a B.S. degree, majoring in Foods & Nutrition & Chemistry.

She went on to a hospital internship in Colorado, then came December 7th.

"I was in Denver; I remember the day. and I think everybody does. It was a shock."

Pearl Harbor had been attacked.

Jones said she and her roommate listened to the events that unfolded on the radio all that Sunday afternoon.

By the time she was working her first job at Charity Hospital in New Orleans, the war was raging on.

"At that time, they said they needed dieticians in the service and my father had been wounded and served in World War I and he had no sons to go to war, and it seemed appropriate that I should do it," said Jones.

Jones made the decision to enlist in the Army and served as a hospital dietitian.

"On D-day I was South of England and saw the overdrive and the invasion and that was an unforgettable experience," said Jones.

Jones and her unit followed our troops across the English Channel, landing at Utah Beach.

"From there we were sent to France, and from there we followed the Third Army. We were close to the front lines; we were in the Battle of the Bulge.  I remember that, that was a Christmas celebration," said Jones.

Jones said it seems so long ago and she said thankfully a lot of those memories from her time during the war have lost its intensity.

The years that followed would bring about a life of change. Audrey married the love of her life, a Navy man named Frank in 1954.

The couple eventually moving to Corpus Christi, where she raised 3 sons and earned a teaching certificate at Texas A&M Corpus Christi.

"It's hard for me to talk about without me getting a little emotional," said Paul Jones, Audrey's son.

Paul said growing up, his mom rarely talked about her time in the Army, and it wasn't until his 40s that he fully understood the significant role she had.

"We started understanding a little more about that in the fact that she was in a tent hospital, going through France attached to Patton's Third Army.  That is such a significant piece of pride for me, she is one of the last of the greatest generation," said Paul Jones.

Jones now spends her later years at the Viera Senior Living facility reading or getting in her exercise.

Looking back on these last 100 years she shared one final reflection about all of the birthday wishes she has received.

"It's been a humbling experience.  It's heartwarming.  I feel inadequate, as if I don't deserve it, but I'm glad I have it.  Thank you everybody," said Jones.

Jones also received several other recognitions on this February 1 that included a proclamation from the City of Corpus Christi declaring the day as Audrey Jones 100th Birthday Celebration Day.

Jones also received a flag that had been flown over the Texas Capitol.

For the latest updates on coronavirus in the Coastal Bend, click here.

More from 3News on KIIITV.com: