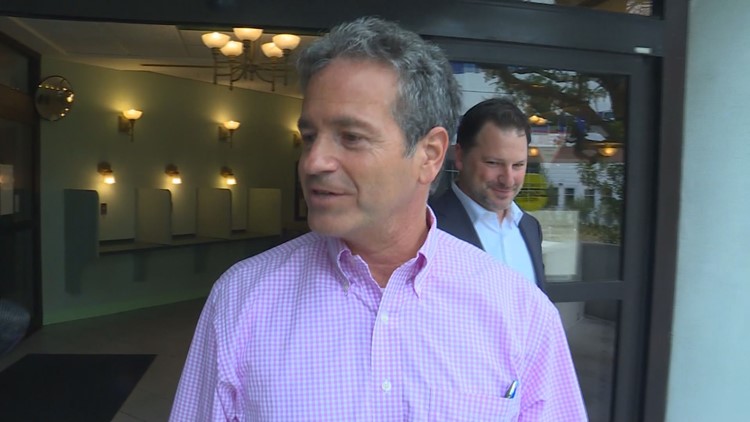 Rays owner on St. Petersburg meeting: 'We had a nice conversation'

“It was good to talk. It was nice to see the mayor and his crew, and we had a nice conversation,” Sternberg said after the meeting.

A reporter asked Sternberg if the two sides accomplished anything.

“Yeah, the first thing is sitting down and talking,” Sternberg said. “That was an accomplishment.”

Sternberg said Rays management and St. Petersburg leaders plan to sit and talk again “in the near future.”

Tuesday marked the first time the two sides had a formal conversation since the announcement the Major League Baseball team was considering splitting time between the Tampa Bay area and Montreal.

The Rays are committed to their lease at Tropicana Field through the 2027 season. The team would need the city of St. Petersburg’s permission to explore playing games in other cities.

The split-city concept also has several other challenges, which includes paying for at least one new stadium and getting the MLB Players Association to agree.

Kriseman’s staff said the mayor left the building Tuesday afternoon and managed to avoid media members. His staff called it a “cordial meeting.”

If the split-city concept happened, Sternberg previously said the team would play the first half of a season somewhere in Tampa Bay, have a "summer sendoff" and then have a second Opening Day in Montreal midseason.