Dates and times have been released. 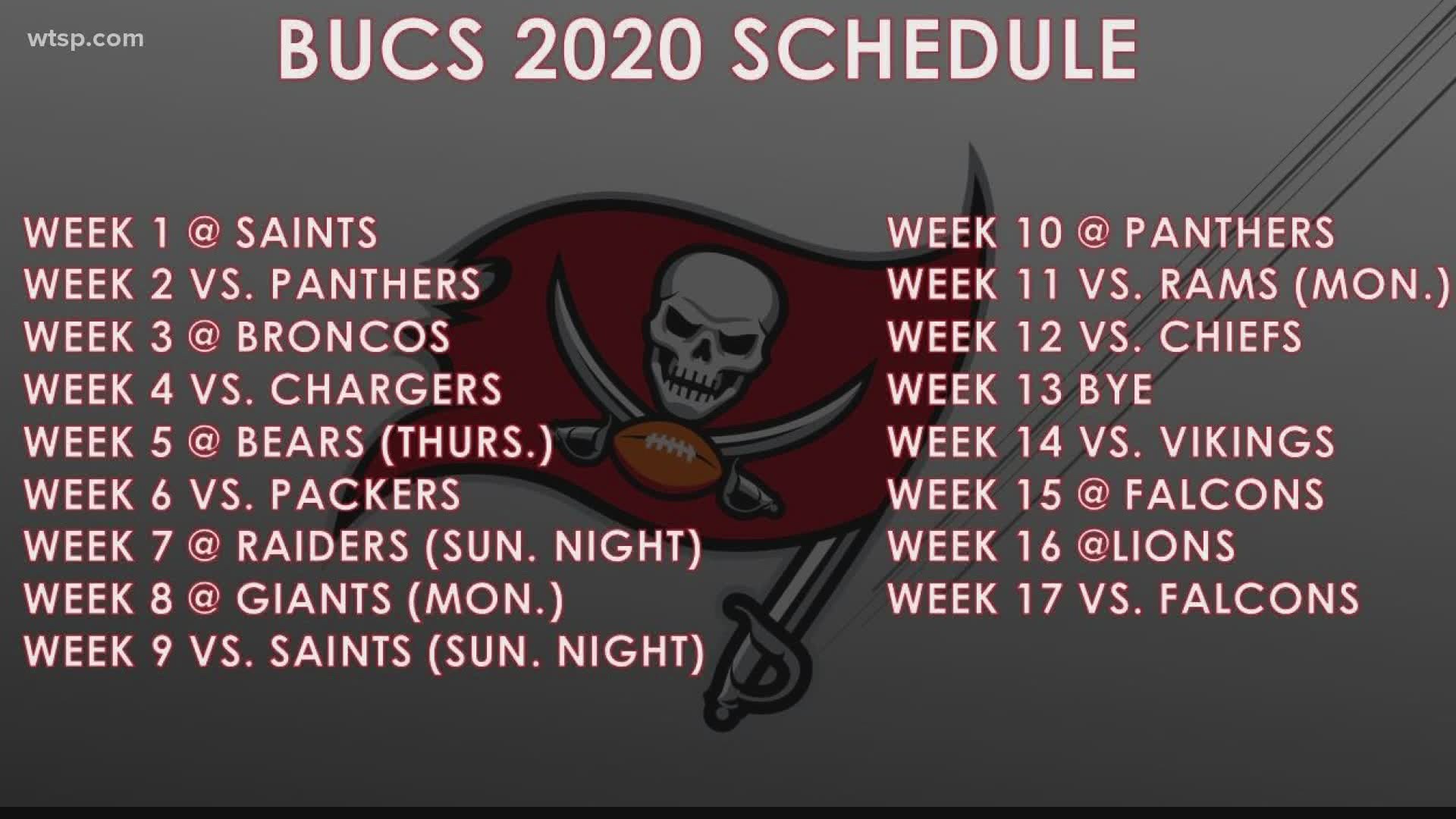 The Tampa Bay Buccaneers have released their 2020 preseason schedule.

The action begins on Aug. 14 in Pittsburgh. The Bucs will then play a pair of Saturday night home games against Jacksonville and Tennessee at Raymond James Stadium before wrapping up the preseason on Sept. 3 in Cleveland.

The week two game will be broadcast by CBS on 10 Tampa Bay.

The NFL had revealed preseason opponents on May 7, but specific times were only included for nationally-televised games.

Here is the Bucs' schedule:

RELATED: Trump says he wants golf back to big crowds, no masks