While the money is there, the product is stuck in neutral. Soccer is looking like it’s on the same trajectory. 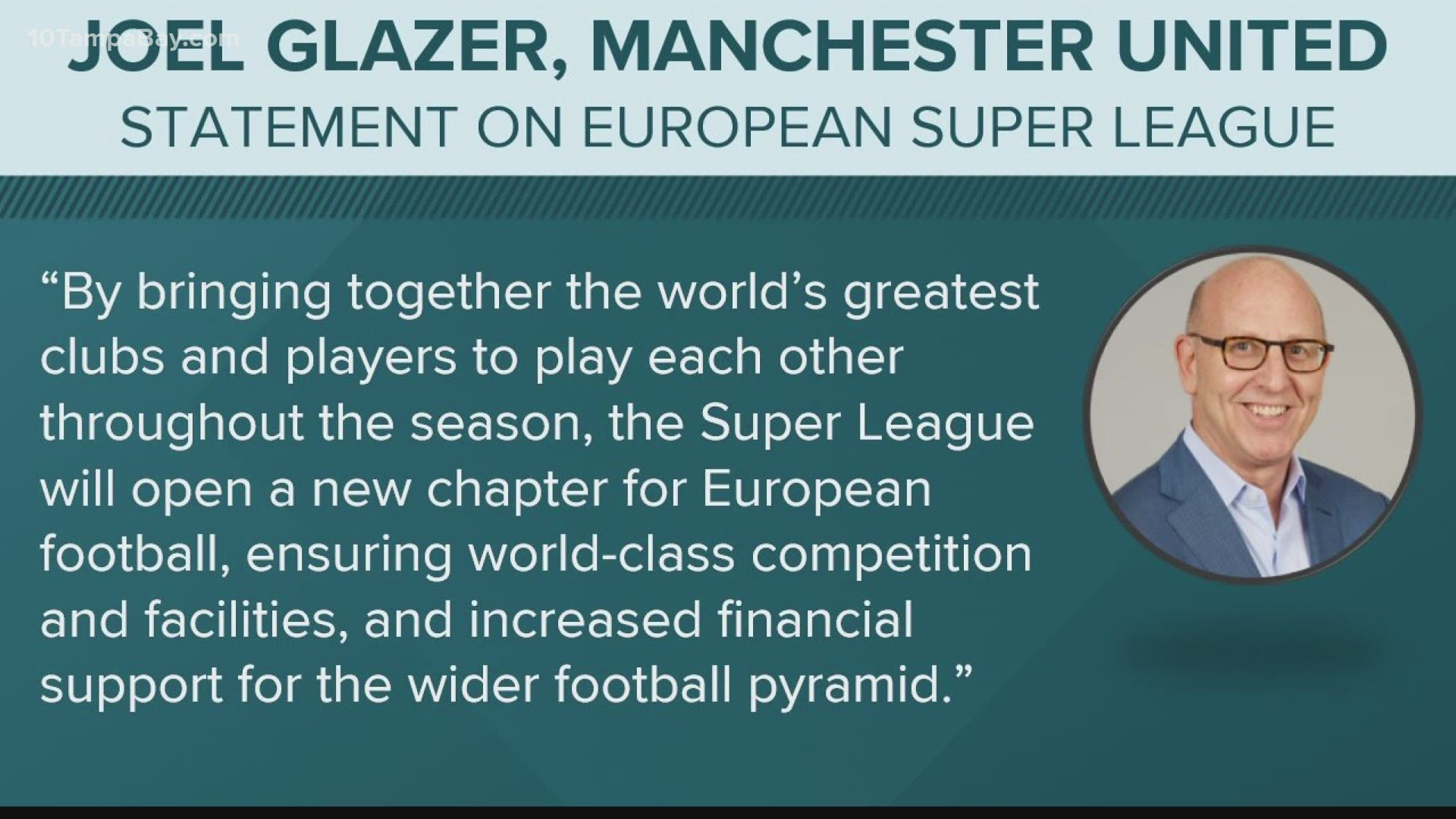 ST. PETERSBURG, Fla. — Soccer might not be the No. 1 sport in America, but it is still the No. 1 sport in the world. By now, you have almost certainly heard rumblings of a so-called European Super League forming overseas and fans are not happy to say the least.

You can find a bit of an explainer here, as well as the potential repercussions for these teams doing their own thing. (Disclaimer: some of these seem like empty threats, but it is really the only card UEFA has right now).

There is a Tampa connection here as well with the Glazer family owning a majority stake in Manchester United. Joel Glazer stands behind the move.

Without getting into the nitty-gritty of things, we already know what the Super League is going to look like and it is a cautionary tale when compared to college football.

Whether it is Alabama, Clemson or Ohio State, there are the rich and then there is everyone else. The problem with college football is the lack of inclusivity (just ask Ryan Bass about his National Champion UCF Knights). For the majority of programs, the season is a farce. With a four-team playoff, there is such a slim chance for a surprise sneaking into the National Championship picture.

Sure, we have seen Washington, Michigan State and Florida State finagle their way into the exclusive club, but A) they play in a power conference, B) those three teams had a combined two losses and C) those teams never entered the postseason with another surprise.

The system is designed around making the most money possible. The fan bases for these blue-chip programs are monstrous, so the eyeballs will always be there, but it comes at a cost.

College football is struggling to expand its product as the nation becomes apathetic towards the sport. Either join the bandwagon or enjoy meaningless bowl games at the end of the season.

There are benefits, but what about everyone else?

The Super League will leave five spots open for other teams to earn entry (in a process that has not been defined yet), but even if these five teams sneak in, they will be at a significant disadvantage.

These other 15 teams are guaranteed to make oodles and oodles of dollars to spend on the best players while everyone else has to act like the Tampa Bay Rays developing dudes the best way you can before selling them off to do it all over again.

The haves versus the have-nots already exists, but at least it is under the premise of fairness. Under the umbrella of competition and earning what you deserve on the pitch.

This is why people want an expanded College Football Playoff system. Not so Alabama won't win it all every other year, but just to know everyone had a fair shake in the process,

College football has not figured out the right formula and this Super League would be cool to start but miss the mark in the long term.

Money always talks, but when it comes to the future of soccer, will it listen?

The world is watching.